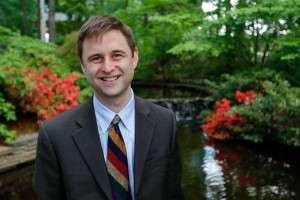 Center City Commission President Paul Morris said that a “real city” would not let a collapsed building block the downtown trolley for more than two months.

His comment has been called intemperate, impolite, and impolitic.  We simply call it the truth.

It’s high time that we had a downtown advocate that is willing to speak the truth and it’s an emerging trait for Mr. Morris.  For too long, larded with political personalities and hyperbolic rhetoric, the Center City Commission has played nice and had a track record of going along to get along.

Clearly, Mr. Morris’s recent comments about the “real city” and his criticisms of the Wharton Administration’s plan to “monetize” parking meters have sent a message: He plans to tell it like it is.  That, as much as anything, is exactly what we need.  We’re pleased most of all that we haven’t even heard him trot out that old canard, “downtown renaissance,” that has been a mainstay of downtown hyperbole for years in the face of all evidence to the contrary.

There are many of us who would prefer to gloss over the truth in our zeal to be positive and to contribute to a more upbeat narrative for Memphis.  Mr. Morris, with the programs and plans of his city-county agency, is not negligent in addressing his responsibility to feed the new attitude and momentum in Memphis, and his comments about downtown are not heretical in that context.

It is precisely the new attitude and momentum that should make all of us impatient and confident that we can change things and that business as usual is unacceptable.  Mr. Morris called out a problem but the two months of road and trolley closure are the symptom.  The source problem is the lack of urgency that has become commonplace when it comes to downtown.

Contrary to the conventional wisdom, if downtown is getting preferential treatment and gets too much money, you sure can’t tell it from its overall condition.  That’s why we were encouraged in January when Memphis Mayor A C Wharton instructed his Chief Administrative Officer George Little to convene meetings to address maintenance and other problems.

All of us downtown watched as trolley construction proceeded years ago as if we were in a third world nation.  There seemed to be no coordination with any downtown businesses or agencies and seemingly no deadlines and schedules that meant anything, and as a result, the construction hammered the nail in the coffin for several businesses the trolley professed to serve.

This time, arguably Memphis’ best hotel, The Madison Hotel, is hidden behind barriers and detours.   We can only hope that its national reputation can protect it from suffering the fate of other businesses whose customers’ paths were obstructed.

The Commercial Appeal described the scene with complete accuracy: “The street is sealed off by a haphazard, hasty mash-up of plywood planks, metal fencing, plastic orange netting and yellow caution tape – giving off the appearance of half crime scene, half construction site.”

Mr. Morris said that the roadblock is “embarrassing,” and that’s precisely the right word to describe it.  There may be some who think he should watch what he says, but working under the legal theory that truth is the absolute defense, there’s no jury that will convict him.

We don’t share every opinion with Mr. Morris nor do we have to do so to respect his approach to his job.  We don’t have his depth of conviction that fixing downtown’s infrastructure is our #1 priority.  We question if there is really a straight line between better sidewalks and the vibrancy that downtown needs so badly and that should be the yardstick for success for everything that is done downtown.

What downtown needs as badly as vibrancy is someone to tell it like it is and to be an unwavering champion willing to shake things up.  To that end, he should be commended for hiring attorney Steve Barlow to attack the downtown blight that characterizes as many as 150 properties.  Mr. Barlow has proven to be a powerful force for good in the Medical Center by using the option of civil litigation (under the Neighborhood Preservation Act of 2007) to force absentee and neglectful owners to sell, improve, renovate, or demolish their eyesores.

Here’s what we wrote a year ago ab0ut the time Mr. Morris was hired:

“ It’s no wonder that with four decades of experience in the downtown core, we’ve never seen it as poorly maintained and more in need of desperate attention than right now. We can only imagine what it would look like if there hadn’t been so many people talking so much about the ‘downtown renaissance.’

“Too often, the people we expect to articulate and fight for a defining principle or a critical issue seem to go along to get along.  It’s inexplicable why this is such a core part of our civic DNA. It’s as if there is never anything important enough for some leaders to drive a stake in the ground and tell it like it is.  Instead, we soft peddle the overwhelmingly negative impacts on downtown and perpetuate the myth that the local economy is strong and positioned for the future. It’s a curious attitude of laissez faire, because any honest reading of key economic indicators most often puts Memphis in the bottom of the city rankings.

Courage to Say the Truth

“Unfortunately, in the case of the bank move eastward a couple of years ago, The Commercial Appeal became a co-conspirator in misleading the public with the editorial, “SunTrust move’s no death blow.” Around the same time, The Commercial Appeal perpetuated the self-delusion: “Downtown Memphis office market gains momentum.”  Contrary to the editorial, it was indeed time to panic, or at least display some sense of urgency. We’ve watched anchor business after anchor business exit downtown without as much as a forceful word of protest from elected officials and downtown development leaders.

“It would be a sign of our civic maturity if, in the face of a decision by another business to abandon downtown, someone in a key position of leadership would tell it like it is – it is indeed a serious blow not only to downtown but to the entire city by eroding our tax base, attacking the vibrancy so desperately needed to sell our city and removing an important magnet for young talent.

“A few years ago, a national columnist revisited Memphis after an absence of 10 years or so. His reaction: ‘Downtown Memphis is in real trouble, and I’m not sure it’s going to make it.’ That’s why we begin by being honest. We owe it to ourselves. The real question is who has the courage to do it?”

That’s what is most encouraging of all about Mr. Morris.  Maybe, just maybe, he is the answer to that question.