This commentary by Memphis civic leader J. R. (Pitt) Hyde is a reminder that the important school reform work under way in Memphis City Schools must be protected if it relinquishes its charter:

There is a great deal of uncertainty about the future direction of public education in our community, but of one thing we can be completely certain: Whatever happens, we must support and protect the interlocking reform programs that have the potential to produce dramatic results in Memphis City Schools.

There has never been more at stake in the education of our children than there is today. As research shows, the presence of an educated work force is the key to creating jobs in today’s knowledge economy. Seven of the 10 fastest-growing occupations in our state require some type of postsecondary degree. Yet, in 2007 the U.S. Chamber of Commerce, representing America’s top employers, gave Tennessee a failing grade in K-12 education for awarding high school diplomas that implied that graduates were ready for employment or college when in truth, many of them were not.

However, there is now good news and reason for celebration and hope. Because local, state and national leaders joined hands across political-party lines, Tennessee is now home to highly promising, nationally significant K-12 education reform work. The best news of all is that Memphis City Schools is at its epicenter.

It’s a story worth celebrating, a story about a new attitude to prove that we can work together to better educate our students, a new sense of urgency to make a difference in their lives and a new unyielding belief that every child can learn.

First, Tennessee radically raised the expectations for student achievement with higher academic standards in the classroom to help us make sure students are ready for college or career when they graduate from high school. While higher standards also mean harder tests, and lower test scores and grades for students in the near term, increased expectations are a critical first step toward helping our children compete with their peers across the globe and grow into successful adults.

Second, with the leadership of the Memphis City Schools Board of Commissioners and Supt. Kriner Cash, collaboration from the Memphis Education Association and historic commitments of more than $22 million by the local philanthropic community, Memphis City Schools attracted a $90 million investment from the Bill & Melinda Gates Foundation to implement unprecedented reforms that ensure that every classroom is led by an effective teacher.

Third, the Tennessee General Assembly enacted historic education legislation — the state’s largest piece of education reform legislation since 1992 — which among other things supports the development of a new system to evaluate teachers and principals to improve their effectiveness, as judged by the improved academic performance of their students.

Finally, Tennessee was awarded $500 million as one of the first two states to win a federal Race to the Top grant for innovative K-12 education reforms. The reform work under way at Memphis City Schools through the Gates Foundation was a major factor in that award. In fact, $68 million of the state’s Race to the Top money is dedicated to supporting educational achievement of Memphis City Schools students.

These are unprecedented commitments to education reform, and they have laid the foundation for historic success. National education experts now point to Memphis as perhaps our nation’s greatest hope for improving student academic achievement.

But the hard work has just begun.

All of us — business, government, teachers, professors, parents, philanthropy, faith groups, citizens and students — must do our part to support and encourage Memphis City Schools in the success of this complex and challenging reform work. It would be an undeniable travesty if this chance for our students — unquestionably a once-in-a-lifetime opportunity — were to be disrupted, or worse, abandoned as a result of efforts to change educational governance in Memphis and Shelby County.

The Gates Foundation has publicly stated that its support for putting an effective teacher in every classroom doesn’t depend on one governance system or another — and that goes for local business and philanthropic support as well.

Whether the school systems consolidate or remain as they are today, whether Shelby County Schools pursues special-school-district status or some middle ground is achieved, all of us who care about the future of this community owe it to every student to make sure that those in charge are fully committed to and supported in ensuring that this history-making progress continues in our community.

That’s why any governance changes to public education must fully support the current reform work.

How About Hiring The RDC To Clean Up Downtown? 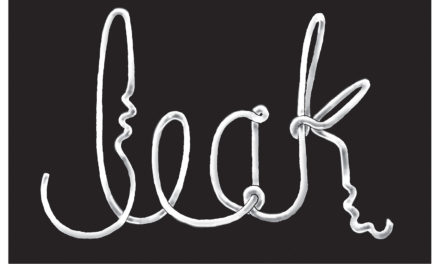 This Week On Smart City: Eyes Open and Diversity