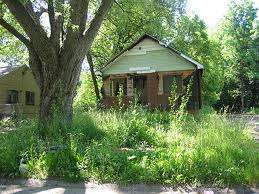 It also hints at a much larger problem: Too many City of Memphis facilities are in the wrong places.

They weren’t once, but they are now.

It’s why Supt. Cash is faced with the prospects of closing so many schools that are operating at low capacities because their locations are now in less populated parts of Memphis.  It’s also why City of Memphis will have to do the same when it comes to community centers, libraries, police stations and fire stations.

Built for Another Time

The 1970 population for Memphis was 623,988.  The 2009 population of Memphis was 635,626, according to city estimates.  The problem is this: To maintain that population, Memphis has almost doubled in land area through annexation – from 178 square miles to 346 square miles.

In other words, in propping up its population, Memphis has sliced its density from 3,506 people per square mile to today’s 1,837 square miles.  It means that the population inside the 1970 city limits of Memphis has fallen about 30%.  Densities in a number of neighborhoods have fallen by half, but public facilities are located as if we are still living in the Memphis of 40 years ago.

Here’s another way to look at it.  Memphis is the #555 in the ranking of cities with the largest populations; however, Memphis is #168 in land area.

Because of it, city taxpayers are paying for once busy facilities that are now underused and mislocated.  That’s why the option is not simply closing old facilities, but relocating them to where they are needed in light of population shifts.

What’s as disturbing as the costs for operating public schools at half capacity, mainly in neighborhoods of entrenched poverty, is that most of these are also the schools in the worst physical condition.  We know that appalls Superintendent Cash, because stripped away and said as directly as possible: The kids who are at the most at-risk and need our best efforts are the ones in the worst schools.

The message that this environment tells students is more powerful than anything any teacher can say.  It tells these students that their own city places no value on them and their future.

It’s a disturbing problem, and although these kids deserve places that encourage learning, Dr. Cash and his administration must prepare themselves for withering criticism.  It’s a testament to the message of low expectations that we have delivered so effectively to the people in these neighborhoods: They’ll fight to keep even a deteriorating school because at least it’s something they can call their own.

Getting the Question Right

But these contentious debates about closing schools are invariably about the wrong questions.  For people in the neighborhoods and some elected officials, it’s about “how do we save our schools?”  It should be about “how do we provide an environment that helps educate our student?”

So often, in the past, we yield to the political question when it’s the policy question that we should be asking.  This is about the students and how we give them their best chance for success.

It’s surely painful for the superintendent and elected board members to face outraged negative reactions when they are asking the right questions and focusing on the right problems.  After all, Superintendent Carol Johnson was told that about three dozen schools should be closed, and she could never summon the courage to tackle the issue head-on: the dotted line between physical conditions and learning conditions and student outcomes.

All of this should come as no surprise to people who’ve been paying attention.  Four years ago in the Carol Johnson era,  Memphis City Schools said in its five-year plan: “The enrollment of Memphis City Schools is shifting…there is the need for new or enlarged schools in areas seeing population growth but there is also the problem of schools underutilized due to movement of families to other parts of city and county.”

Maybe, just maybe, the optimal size for highly efficient public services and the best quality of life is smaller, and if it is, we need to decide it before Memphis expands to almost 500 square miles under the existing annexation reserve agreements with the other Shelby County towns.

When “annexed out,” Memphis will be the size of Los Angeles.

By propping up population numbers, we’ve side-stepped the serious discussion that is needed about whether annexation today is actually a long-term boon to the budgets of Memphis city government and whether stretching already faltering public services over a larger area is the best public policy for our city.

No amount of annexation is cosmetic enough to prevent the inescapable conclusion that in our pursuit of new taxes, we may actually have escalated the decline of the urban center. Operating on the theory that annexations are the reliable sources of new revenue, city government has taken a decidedly optimistic viewpoint of the overall net fiscal effect.

Perhaps, it’s not enough to calculate the costs of the new services to the new area. More to the point, the analysis needs to evaluate carefully and thoroughly what the impact is on services and neighborhoods in the former city limits.

Maybe, just maybe, the optimal size for highly efficient public services and the best quality of life is smaller, and if it is, we need to decide that now before Memphis expands to almost 500 square miles under the existing annexation reserve agreements with the other Shelby County towns.

Perhaps, a comprehensive return on investment analysis will show that annexation is the best course of action for city government, but we need to be sure. We need to see the evidence, and the evidence must be more than an accounting exercise. More to the point, it must reach conclusions about what the older parts of our city are likely to look like as a result of more annexation.

There’s a smarter way. Public services are less expensive when they are serving high-density areas, and capital costs are almost 50 percent cheaper than low-density sprawl. That’s why the strongest champions for high-density should be our elected officials, who should use their bully pulpits to correct public misperceptions about what higher density means to their tax rate.

For business, there is a demand threshold that must be met to keep the enterprise afloat.  There’s a certain number of customers that are needed to cover costs and generate a profit.  If this threshold isn’t reached, businesses fails or are never opened.

Now, apply this to city services.  When places have levels that are below threshold, services are not terminated. They are subsidized, because all city services are delivered to everyone. As a result, city government can’t keep up, so we have roads that are patched but not resurfaced, crumbling sidewalks, and declining service.

In other words, during times of tight budgets, more efficient and beneficial growth strategies make more sense than ever.  All of this says to us that we need to reconsider our growth model, because what really makes the most sense is to put more people in the same space.