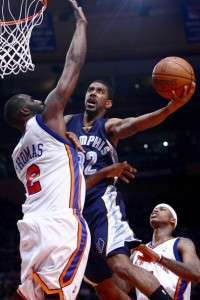 Memphis has an addiction that the Betty Ford Clinic couldn’t cure – the addiction to economic impact studies.

We seem to cough them up on every conceivable issue.  That’s how we end up with one that tells us that something as ethereal and soul-inspiring as arts and culture has a specific economic impact.

That’s how we end up with one that assured us that the tax freezes handed out by the Memphis and Shelby County Industrial Development were smart business and had a phenomenal return on investment.

That’s how we’ve ended up with economic impact studies for the Memphis Motorsports Park (which must not have been as robust as they thought since it’s since closed) to the UT College of Pharmacy to Memphis music to Latino immigrants to the Port of Memphis.

Rarely has a city perceived these studies as fundamental to selling a project or program as ours.  It begs the question that there are things that are just elemental to the character of a great city – for example, arts and culture – and if Memphis is to be a great city, we just have to have them.  That’s why civic agendas aren’t set by the results of economic impact studies but when they are done right are based on the drivers of economic growth and quality of life.

The economic impact isn’t the point and it says nothing about the issue’s intrinsic value.  And yet, here, the studies are treated as if they’re trump card,s the coup de grace, the final word.  Nothing else needs to be said.

Perhaps, that’s why the conclusions of some economic impact studies are often nothing short of fantastical.

Getting the History Right

We think of all this because the Greater Memphis Chamber is releasing yet another economic impact study, this one a 10-year revisit to the one it issued when Memphis and Shelby County Governments were recruiting the Grizzlies to come to Memphis.  While the Chamber has said that the earlier study was partly responsible for the success in bringing the team to Memphis, that’s not exactly right.

The economic impact study in 2001 had estimates that were so high that it rapidly became a footnote in the history of the recruitment of the Grizzlies to Memphis and moving on their demand for a new arena.  The report had no serious traction in local government or in the media.  There was an even a value given for national media exposure, and looking back, it’s easy to see that the assumption that all exposure would be favorable was an assumption not backed up by the facts of recent years.   City and county governments told the Chamber to bury the study quickly and move on.

In fact, in the wake of the Chamber study, city and county governments hired University of Memphis professor Gene Pearson to conduct a study of the economic benefits of a professional basketball team, but it took a decidedly different approach: It measured new economic activity created by the team, rather than just an amount that could largely result from discretionary spending being shifted from one entertainment option to another.

With the knowledge that comes from the past six years of FedExForum games, a complete economic impact study should include lost revenues that resulted from the non-compete clause that made The Pyramid dark, made the Coliseum archaic, and made the DeSoto Civic Center feasible.

Other Apples and Oranges

As a point of comparison, the convention and visitors bureau in Cleveland said the LeBron James-led Cavaliers had an impact comparable to Rock and Roll Hall of Fame – $100 million.  Indianapolis Pacers say they have $55 million in economic impact.

When the Seattle Sonics decided to leave for Oklahoma, it testified in court that its economic impact in Seattle was essentially nothing. In fact, Brad Humphreys, economics professor at the University of Alberta, even suggested Oklahoma City might be financially worse off if the Sonics move there.  Humphreys, the Sonics’ expert, said economic-impact studies grossly exaggerate the benefits of sports teams and do not pass muster for peer-reviewed economics journals.

Humphreys said he has studied the relocation of every major professional sports team over the past 40 years, and discovered no discernible harm to the local economy of the cities that lost teams.  “When a team leaves, they don’t take that consumer spending with them … it simply gets spent on other entertainment activities,” he said.

What makes it all so interesting is that at almost the same time, the Sonics were telling Oklahoma City that its economic impact would be $160 million.

Then, there’s the Brookings Institute:

“Proponents claim that sports facilities improve the local economy in four ways. First, building the facility creates construction jobs. Second, people who attend games or work for the team generate new spending in the community, expanding local employment. Third, a team attracts tourists and companies to the host city, further increasing local spending and jobs. Finally, all this new spending has a “multiplier effect” as increased local income causes still more new spending and job creation. Advocates argue that new stadiums spur so much economic growth that they are self-financing: subsidies are offset by revenues from ticket taxes, sales taxes on concessions and other spending outside the stadium, and property tax increases arising from the stadium’s economic impact.

“Unfortunately, these arguments contain bad economic reasoning that leads to overstatement of the benefits of stadiums. Economic growth takes place when a community’s resources—people, capital investments, and natural resources like land—become more productive. Increased productivity can arise in two ways: from economically beneficial specialization by the community for the purpose of trading with other regions or from local value added that is higher than other uses of local workers, land, and investments. Building a stadium is good for the local economy only if a stadium is the most productive way to make capital investments and use its workers.

“One promotional study estimated that the local annual economic impact of the Denver Broncos was nearly $120 million; another estimated that the combined annual economic benefit of Cincinnati’s Bengals and Reds was $245 million. Such promotional studies overstate the economic impact of a facility because they confuse gross and net economic effects. Most spending inside a stadium is a substitute for other local recreational spending, such as movies and restaurants. Similarly, most tax collections inside a stadium are substitutes: as other entertainment businesses decline, tax collections from them fall.

Just Let Us Enjoy the Games

“Promotional studies also fail to take into account differences between sports and other industries in income distribution. Most sports revenue goes to a relatively few players, managers, coaches, and executives who earn extremely high salaries—all well above the earnings of people who work in the industries that are substitutes for sports. Most stadium employees work part time at very low wages and earn a small fraction of team revenues. Thus, substituting spending on sports for other recreational spending concentrates income, reduces the total number of jobs, and replaces full-time jobs with low-wage, part-time jobs.”

In other words, just give us our basketball and give us our arts and music.  Telling us that they have economic impact does nothing to make us enjoy them more.  In fact, the information is little more than an irrelevancy.

Shelby County Puts On The Ritz To Find Solutions

Blaming The Victim, The Latest