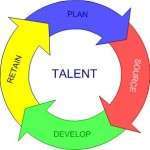 Despite last week’s mishandling of the announcement  about the Mayor’s Office of Talent and Human Capital, it is still an idea whose time has come.

Sadly, mistake compounded mistake until the news story wasn’t even about the merits of the office.  Events in recent weeks have left testy reporters suggesting that the new city administration is concentrating too much on spinning the news, which often overshadows substantive accomplishments.

That certainly seems the case with the talent office.

Here, we firmly believe that good policy makes for good P.R. , but lost in last week’s hubbub was any context for where the Office of Talent and Human Capital came from and why it’s needed.  Without that context, the naming of the head of the office was plugged into the preceding controversy involving library appointments.  To the contrary, it is simply good policy.

We reported here last year that the city and county mayors, the city and county legislative body chairs and the superintendent of Memphis City Schools, after several months of analyzing Memphis demographics and challenges, agreed that the #1 priority for them would be talent and human capital and it would drive the policies and programs of Memphis, Shelby County and Memphis City Schools.

It was also agreed that an Office of Talent and Human Capital was needed to coordinate strategies and tactics of disparate and disconnected programs in Memphis.   The seismic shifts in city and county leadership derailed the grand plan for talent and human capital, but in his campaign platform, Memphis Mayor A C Wharton set creation of the Office of Talent and Human Capital as a top priority.

His platform said: “Successful cities in today’s economy are cities with talented workers – young, college-educated men and women.  In other words, to succeed, Memphis must develop, retain, and attract talent, because today, jobs follow talented workers and not the other way around.

“To this end, everything done by City of Memphis must be seen through the lens of human capital development, including neighborhood development, workforce training, and education.  Memphis must build bridges that take city school students to the graduation lines of our colleges and universities. The Office of Talent and Human Capital will be part of the city mayor’s office because of the crucial impact of talent on the future of Memphis.  In the end, this office will coordinate all programs to increase college attainment and to keep our kids at home.”

There are some – including an editorial at The Commercial Appeal – who question why the Office of Talent and Human Capital should be created.  They said there are already programs addressing Memphis’ talent deficit.  Despite those programs, however, Memphis is still on the losing end of talent on all counts – we are not developing talent that can compete in the knowledge economy, attracting the best and brightest to Memphis and retaining our own young people with college degrees.  That’s why we need something more dramatic and with more impact.

The challenges for Memphis are obvious.  With 105,000 students in Memphis City Schools, and with the inextricable link between race and poverty in our city, there is no greater priority than getting more students into the high school graduation line.  After all, two-thirds of the students who don’t get high school degrees end up in prison.

Simply put, the dismal graduation rates at Memphis City Schools are an outrage and unacceptable, and that’s why we are encouraged by the school reform efforts and Gates Foundation funding to translate the rhetoric of great schools into the reality of a higher graduation rate.  In so many ways, it almost feels like the convergence of so much energy and funding is Memphis City Schools’ last chance to get it right.  If it can’t, it will feed the public perception that there’s really nothing that can be done to make our schools successful.

As we’ve said before, our region has a bulge in children when compared to the other largest metros and as the workforce contracts and other cities scramble for workers, we will have a built-in competitive advantage – But only if we figure out the way to move our students and our fellow citizens trapped in poverty into the mainstream of the economy.

Only the mayor has the bully pulpit, the agencies and the services and the face-to-face understanding of the issues in all of its dimensions.  In addition, at the time that Memphis is trying to send a message that we have entered a new era, this mayoral focus on talent sends a powerful message about how serious we are about changing our current trajectory.

It’s the Right Thing To Do

The past couple of weeks have been unusual for the Wharton voters who delivered a mandate to him in last year’s special election.  They have found themselves on the defensive and concerned.  Those close to the mayor say he is dead serious about addressing the problems that have produced unprecedented bad press.   More to the point, he is dead serious that his campaign pledge about the talent office will be honored.

There’s little argument that change is needed, but the launch of the Office of Talent and Human Capital is not one of them.  If we allow people to diminish its importance or to plug it into the typical political context, we can lose our chance for Memphis to be the first city in the U.S. that’s created such an office.

If that happens, it will be a lost opportunity for Memphis to have an unusual chance to be on the list of “best practices” held up in other cities for emulation.

Making The Most of the Bicentennial: Equity and Opportunity