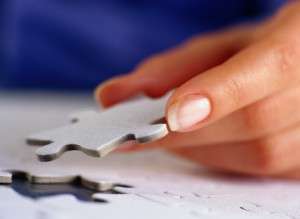 In the end, economic success is only about one thing – human capital.

It seems so obvious, but nonetheless the human fuel that drives our economy is often overlooked and undersold in the pursuit of the last great idea, the big project solution and the short-term headlines.  But in the end, our success is all about our success in creating entrepreneurs and innovators.

Those were major points in comments made in a video conference with Leadership Memphis by the brilliant and oft-quoted Ed Glaeser, Harvard University economics professor and Director of the Taubman Center for State and Local Government.  He is an expert at the economies of cities and has written scores of articles and books about a range of urban issues, including the growth of cities, economic segregation, crime and housing markets.  He has been particularly interested in the role that geographic proximity plays in creating knowledge and innovation.

Speaking a week before Thursday’s Greater Memphis annual meeting, his comments frame up the issues facing the Memphis economy and strategies to get job creation to levels of 15 years ago and to get serious about a workforce that can compete in an ideas economy.

“The best economic development strategy is to attract smart people and get out of the way,” he said.  “It’s about making your city attractive to skilled, entrepreneurial people.  Getting those things straight is the main job of city government but getting it straight is hard.”

To that end, his advice to city mayors is for them to call on corporate leaders to see what “amenities they need to attract workers rather than the city trying to pick winners” for future economic growth. “How is an office working for a mayor going to outpick venture capitalists?” he said.

“It’s hard to think of city government micro-managing innovation growth,” Dr. Glaeser said, adding that it’s not about more and more infrastructure spending.  “Every place is hit by the winds of historical change,” Dr. Glaeser said.  “People are free to move wherever they want, and the forces are too powerful for government to block.”

That’s why the hardest work of all is attracting population back inside the city, and cities that have lost 50% of their population and say they are going to attract them back have set an impossible objective.  The depth of the problem is seen in thousands of vacant houses and an infrastructure now serving much fewer people points out the contradiction in cities drawn to more infrastructure as the answer to its ills.

Not About Building Things

There are too many cities who think that “through political alchemy and infrastructure dollars,” they will change their trajectory.  “There is a lot of that (thinking) and it’s done more harm than good, because it’s about investing in people” rather than expensive infrastructure projects.  “There’s no reason a city can’t be great even if it’s shrinking, but it depends more on people than infrastructure programs.”

For example, Detroit is investing in a monorail around its city, but it would be better served as a place if the investment is in schools.  After all, its future depends more on people than infrastructure programs.

“What makes me angry is that the money could have been spent on Detroit’s children.”

So what should cities like Memphis set as their economic target?  Entrepreneurs.

“An abundance of small entrepreneurial firms rather than two or three large companies is a greater predictor of a city’s economic success,” Dr. Glaeser said.  “Manufacturing is best left to large suburban enterprises with cheap space.  Cities are at their best with idea intensive firms with smart people.

“Placing bets on small entrepreneurs and smart people is much smarter than big headlines on big companies with expensive tax breaks.”

Regionalism is no Magic Answer

That’s why cities need to encourage social entrepreneurs rather than “one size fits all” federal bureaucracy, he said, adding that density is a key to an innovation economy.  “There is a strong positive correlation between city size and density to gross productivity,” he said, offering this advice to mid-sized cities like Memphis: upgrade your investments in human capital.

While regional planning for transit is a “no brainer” and perhaps regional housing strategies are as well, “greater regionalism with land use and transportation is less clear.  There is some virtue in the competition in attracting people and providing good schools.  Regionalism can be overstated and it’s not an easy sell.”

The greatest driver of innovation is geographic proximity.  “The worst thing is to overlook the way success comes to you,” he said.  “The strategy that we see most often in cities is about physical capital, but what’s more important is human capital.  Cities fundamentally play to what is most human about us and make us come face-to-face with each other.  There is a clear relationship between density and success.

“A long-standing feature of cities is that they set up chains of innovation that are the main event in economic success.  Innovation happens in rooms and in hallways – people close to one another learning from one another.  Hyperdensity creates environment where people are bumping into one another and that is key to idea intensive industries at their core.  In that way, cities are best as incubators for innovation.”