Before you think we’re losing our minds, hear us out.

The only reason that we have this end-around opportunity at transforming city and county governments is because both are now considering changes to their charters. As far as we can recall, it’s the first such alignment of interests in a couple of decades, and we need to take full advantage of it.

Here’s the thing: Existing charters require the mayor of each government to hold no other elected office. It’s time to loosen up that rule, so either mayor can hold another job – but only if it’s as mayor of the other government.

What also makes it tempting is that even Las Vegas wouldn’t take a bet on this sure thing – AC Wharton will be the next mayor of Memphis.

If Mayor Willie W. Herenton is named superintendent or just steps aside for general lack of interest, Mayor Wharton could be appointed mayor of Memphis, and with a change in charters, he could keep his job as mayor of Shelby County and add one at City of Memphis.

In fact, regardless of the Wharton scenario, it’s time to change the charter to allow the mayor of either local government to serve as the mayor of the other.

After all, the primary benefit cited by consolidation boosters is the power of a single vision for our community – in its public policies, in its economic development and in its priorities. Check the box: One person in both mayors’ offices accomplishes this.

Of course, all of us have heard Mayor Herenton’s argument about the massive savings that can result from consolidation and how it can reduce our tax burden here. He says it with such certainly. It just happens to be wrong.

Significant budget savings is not borne out in a review of consolidation in other major cities. In fact, the budgets there actually tended to rise in the short-term as the governments merge, and that’s why the pro-consolidation leaders in those cities advise against selling government merger on the basis of savings.

Essentially, the only real savings from consolidation is accomplished through the elimination of duplicative management positions, such as chief administrative officers, directors, attorney, and department heads. With one mayor in both city and county offices, that person could achieve the same results.

Hopefully, whether there is consolidation or not, the county will adopt the city attorney’s organizational structure, whose budget is a fraction of the county attorney’s office. The retainer system set up by the previous county mayor belies Mayor Wharton’s commitment to economical government, because this is perhaps the most expensive concept of an attorney’s office that can be imagined, with part-time attorneys getting paid monthly retainers plus hourly rates for court appearances. That’s not to mention that they also get health care benefits. All in all, these days, it’s a Porsche operation on a Chevy budget, and proposed changes have already hit the radar of the board of commissioners.

As for why we ought to pursue poor man’s consolidation, it is because there’s about as much chance for getting consolidation passed in the traditional way as it is for the Mississippi River to flow upstream again. In other words, it would take nothing short of a political earthquake to make it happen.

After all, this year’s call for consolidation by Mayor Herenton was based on his pledge to push for an amendment to the Tennessee Constitution to remove the dual majority requirement for passage of consolidation. Under the state constitution, consolidation only takes place when voters inside the city limits of Memphis vote in favor of merger, and at the same time, voters outside Memphis also approve consolidation in a separate vote tally.

The beauty of merging the mayors is that there would be requirement for a dual majority, and a change to the county charter would take effect if approved by a majority of voters countywide – one vote and one vote tally.

Like many of Mayor Herenton’s consolidation pushes, this one ran out of steam before it even began, and he quickly abandoned his pursuit of a constitutional amendment. It was a wise decision, although it begged the question of why he trotted it out as an option in the first place since its likelihood for passage was zero.

The recent League of Women Voters public discussion about consolidation attracted the massive crowd of about 30 people, mostly political operatives, and it was predictable in the town mayors’ recalcitrant attitude toward consolidation.

It’s one reason that we think the Memphis City Council is on track with the cuts in school funding. The towns have gotten a subsidized ride long enough and their taxpayers have been using services that they don’t fund with their taxes. If Memphis is to be competitive and to eliminate the existing tax disincentive to live here, services like schools need to be moved lock, stock and barrel to the county’s larger tax base. After all, why shouldn’t taxpayers in Germantown and Memphis be paying the same tax rate for public education. (For a clearer sense of their myopia, read this Memphis magazine’s City Journal column.)

At any rate, there’s no chance of consolidating Memphis and Shelby County Governments. With a charter amendment or two, we could consolidate the mayors instead.

Jail And Prison Privatization Issue May Still Have Life 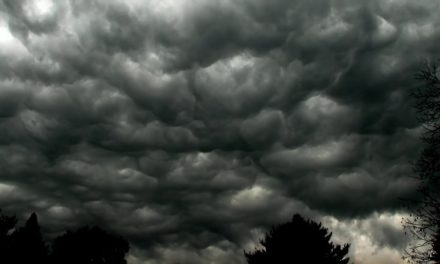 A Doctor/Patient Look At Sleep Disorders, Suicide, Failure, And Recovery

Including LGBT Equality In MLK50 Discussions