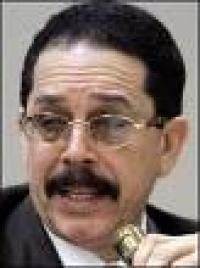 Rather, Mr. Ford’s fate largely lies in the hands of an overworked employee of the U.S. Probation and Parole Office, who will soon call the former political powerhouse and his family to compile an extensive pre-sentencing report for the judge, including what the recommended length of his sentence should be.

As a result, if Mr. Ford displays some of the behavior that became legend in the halls of government in Nashville, he could seriously derail his hopes for a sentence on the low side of the sentencing range for accepting $55,000 in bribes from an undercover FBI operative.

If Mr. Ford is experienced at anything, it’s in living a life of complexity. As he frequently joked at his own expense, he owns multiple homes occupied by multiple women and he often can’t enter any of them. But there’s nothing in his experience – or anyone else’s – that prepares him for the byzantine world of federal sentencing.

A singular feature of this parallel universe is the serious risk that a defendant takes in going to trial, and there’s no more dramatic example of this than the outcomes of the cases of former state senator and county mayoral aide Roscoe Dixon and former county commissioner Michael Hooks.

Mr. Dixon went to trial, was convicted and sentenced to five years and three months on the charge of accepting $9,500 in bribes. Mr. Hooks entered a guilty plea and his sentence was two years and two months on a similar charge involving $24,200.

The divergent sentences resulted from two main factors: 1) Mr. Hooks managed the process instead of allowing it to manage him, taking decisive action and giving a heartfelt apology in court; and 2) Mr. Hooks, with his guilty plea, gets about a year knocked off his sentence by “acceptance of responsibility.”

It’s a strange irony in light of the common American belief about the Constitutional right to a jury trial. The truth is that if a defendant pursues this right in federal court, it costs him, because he can no longer get credit for accepting responsibility for the crime for which he is charged. In other words, it’s a high stakes game, because in addition to gambling on a jury verdict, he is also taking a one-year reduction off the table.

As a result, federal court is much more about risk assessment than anything else, and in assessing his risks correctly and calmly, Mr. Hooks comes out the big winner. After all, pitted against the marshaled resources of the federal government – investigative and prosecutorial, not to mention the majority of Republican judges – the number of people acquitted in federal court is 150 out of 10,000 defendants.

As a result, it’s not surprising that 94 percent of all the federal cases don’t go to trial. In truth, the real surprise is that six percent do.

Since being written 22 years ago in a process that gives new meaning to the “a camel is a horse formed by a committee,” the federal sentencing guidelines are supposed to be advisory as a result of a U.S. Supreme Court ruling in January, 2005. By and large, they are still used by the Memphis judges. Only Judge Bernice Donald shows enough independence to venture away from them.

It’s been said that it’s easier to understand the IRS code than federal sentencing guidelines. After all, the summary is more than 600 pages.

In keeping with the algebraic approach taken by the guidelines to sentencing, the guts of the guidelines is a matrix with points for specific crimes, extra points for the amount of money involved in the crime, a deduction for a guilty plea, and, well, you get the picture.

The guidelines were set up in an assault of conservative activism during the Reagan years, but it’s possible to argue that there was justification for establishing a process that eliminated the racial and geographic differences seen in sentences at the time. But if the original intent was to tie the hands of federal judges, in the end it transformed the entire system.

As one critic said after passage of the guidelines, all it took to fill the responsibilities of a federal judge was a chimpanzee and a calculator. (Years later, Memphis Mayor Wyeth Chandler said essentially the same thing about the county mayor, but that’s another subject altogether.)

In over reaching, the sentencing guidelines committee eliminated judges’ discretion in evaluating the age of a defendant, education, mental and emotional condition, health, drug dependence, lack of guidance as a youth, community ties, military service and charitable works that indicate that the criminal behavior was an anomaly.

In other words, in a system already leaning toward the prosecution, the federal sentencing guidelines made the scales of justice even more tilted in favor of prosecutors. Some legislators even went so far as to say that prosecutors needed an extra boost since they generally had less pay and less talent than the criminal defense attorneys they opposed.

One of the most incredible sections of the guidelines was the section on “relevant conduct,” and it was this section that seem to attract the wrath of the Supreme Court in its opinion.

Under the relevant conduct section, investigators could arrest a defendant with a kilo of some drug, but in the seizure, they could also seize an address book. If there were 80 names in the address book, the relevant conduct provision allowed prosecutors to argue that the sentence should be based on 80 times the amount of the drugs confiscated at the defendant’s arrest. It’s this provision that’s responsible for so many people serving 15-year sentences for marijuana, which despite the lofty rhetoric of the federal “war on drugs” remains the target for 80 percent of federal drug prosecutions.

But, we digress. Badly. We were talking about former Senator Ford. Right now, the Probation Office is gathering information on his personal history, his mental state, the level of support from his family, balances in his bank accounts, his assets and liabilities, and much more.

To arrive at the “guideline range from the sentencing table,” the probation officer will check the guideline to see the total number of points that Mr. Ford amasses and then he’ll get the corresponding sentence from the matrix.

For example, for bribery, Mr. Ford could get 14 points. Then he could get two points for multiple acts, four points for being a high official and six points for an amount more than $30,000 and less than $70,000, bringing his total points to 26.

Then looking on the sentencing matrix, the 26 points converts to a sentence of 63 to 78 months.

However, we acknowledge that experts on federal sentencing guidelines are few and far between, so your guess on the sentence for Mr. Ford is just about as good as anyone’s, including ours. In the interest of complete disclosure, similar calculations by us were four months too high for Mr. Hooks and 11 months too low for Mr. Dixon.

All of this aside, if Mr. Ford is convicted in Nashville on related charges, the Memphis sentence could be the small piece in his sentencing puzzle. At this point, Mr. Ford’s attorneys are likely talking – or are trying to schedule a meeting to talk – with federal prosecutors about a “universal” settlement.

For example, in return for a guilty plea on the charges in Nashville and on the extortion charge left unresolved by the Memphis jury, prosecutors might be charitable in their sentencing recommendation. But the price of admission to this kind of conversation is likely to be Mr. Ford’s agreement to waive an appeal.

One thing is certain: Mr. Ford enters the Nashville federal courtroom much more world-wise about the realities of this judicial world than he was only a few weeks ago. That experience should encourage him to take control of his life as best that he can in his circumstances, and like most defendants, that measure of control most likely comes with a plea of guilty.

No Crisis Can Pave Over Roadbuilders’ Influence, Part 2