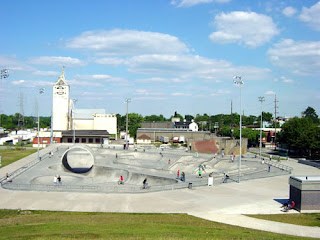 They come here from around the world to work as postdoctoral fellows after weighing offers from the world’s best research institutions. That they decide on St. Jude says volumes about its track record and impact.

The good news is that they come here in the hundreds. The bad news: most of them leave when their contracts end.

At a time when the competitiveness of every city rests largely on its ability to attract young, highly-educated workers, the postdocs are the gold standard. For Memphis, they end up being fool’s gold, a reflection of what could have been.

Memphis’ failure to keep these researchers comes as it entertains intimations of greatness as a biotech center, making their exit an even more serious blow to the future.

More and more, cities’ economic growth is about attracting talent, so if Memphis is serious about competing in the innovation economy, it has to get serious about talent strategies.

Holding What We’ve Got

The first, and most obvious, step is convincing the talent that comes here to stay here. Besides the postdoc fellows at St. Jude’s, there’s also the best and brightest at two private colleges consistently ranked among the best in the nation.

At Rhodes College, 74 percent of the 1,700 students come from outside Tennessee and 84 percent are involved in community service, notably those in the CODA program blending arts and entrepreneurship to create future leaders. Just down East Parkway, half of Christian Brothers University’s 1,700 students were in the top 10 percent of their high school graduating classes.

They are part of the most mobile, best-educated, most entrepreneurial generation in history, and as they map out their lives, they say they are looking for cities that are clean, green, safe, and tolerant. When you couple these priorities with the fact that CEOs for Cities’ research shows that two-thirds of 25-34 year-olds decide where to live before they even look for a job, it should be a wake-up call for Memphis.

Holding On To Talent

Ironically, Memphis pioneered talent strategies with the Memphis Talent Magnet Report in 2002 and Memphis Manifesto Summit in 2003, but the interest was short-lived. It shows.

Three hundred city governments are planning or operating Wi-Fi networks as a basic city service, but it’s not on the radar of City Hall here. City after city makes record investments in parkland, greenways, and alternate transportation, but Memphis traffic engineers stonewall pleas for bike lanes on projects like the new Walnut Grove Road bridge over Wolf River. The tendency to paint issues in black and white – despite the fact that 55 different languages are being spoken in Memphis homes – leaves the impression that Memphis is trapped in a self-destructive time warp.

It should be no surprise then that Memphis does poorly in attracting and retaining young, college-educated workers, ranking 38th among the largest 50 metros in the percentage of those with college degrees. Memphis has 13,000 fewer 25-34 year-olds than in 1990, and for every six who move here, five move out.

It’s been shown that when they are deciding where they want to live and work, they look for “markers” — a vibrant downtown with outdoor cafes and high-quality public space, retailers like Whole Foods, active parks with recreational options, and waterfronts alive with activity.

Three St. Jude postdocs – Aaron Shafer, Steve Zatechka, and Zachary Baquet – are working to give Memphis just such a marker. They have put together plans for connective bike paths with a skate park as its centerpiece, used much like it is in Louisville where it’s staking out that city’s reputation among young professionals.

The Louisville Extreme Skatepark opened in downtown Louisville five years ago this month, and that afternoon, more than 4,000 people showed up. The round-the-clock park has since been expanded and is a “must-see” for anyone touring the city with its mayor, who says it has attracted new businesses, NBC-broadcast competitions, and thousands of new visitors.

Skating To The Future

Dr. Shafer has written a compelling proposal that shows a concern for Memphis that belies a status that may only be temporary. He suggests that the “long-term plans for this facility not only promotes Memphis as a recreationally rich city, but to use it as a vehicle for community building and reconciliation between two cultures.”

Already, he has formed a task force to push his plans for the country’s best and largest skate park to be built in Memphis. So far, he and his colleagues have received encouragement by the staff of the Riverfront Development Corporation and new Memphis Park Services Director Cindy Buchanan.

In a city with an affinity to treat big projects as the answer to everything, the skatepark costs 1/40th of the cost of a new stadium. But in the end, it’s the investment that returns the biggest dividends.

MCS Board Should Go For It