It is a fundamental characteristic of government that it is reactive in nature. Nothing quite proves it as well as the recent rhetoric about Memphis’ crime rate, replete with press conferences about Operation Safe Community, calls for yet another summit and the vaunted Blue Crush assault on crime.

The mystifying thing is that if anyone in the law enforcement agencies and the DA’s office had been paying attention, they could have seen it coming. After all, most spikes in crime follow a corresponding spike in teenage population.

The tendency toward a fortress mentality by government is strange indeed, especially in light of the excellent research being done at places like Partner In Public Education (PIPE), Urban Child Institute and University of Memphis’ various specialized centers.

In fact, the Urban Child Institute’s data book on all things child-related shows that six years ago there was a significant bulge in the number of 10-14 year-olds in Memphis, so it stands to reason that we would now be experiencing a bulge in the number of 16-20 year-olds and with it an increase in crime. It is this demographic group that is the seedbed for the “crime waves” that mesmerize the news media day after day. In truth, because of it, the spike in crime is about as unexpected as the trembling of the New Madrid fault zone.

If that bit of data about teenagers wasn’t enough for an early warning, there’s more. The percent of 5-17 year-olds living in poverty is climbing steadily. In three years, it climbed from 17.5 percent to 20 percent.

And yet, there’s more. A look at crime statistics over the past six years suggests that the current rate of crime is actually a return to normal levels after an unusual decline in 2004. As a wise researcher on these questions has says: “While increasing and improving policing functions in the community is not a bad thing, looking at crime data from one year to the next makes for bad policy.”

Also, comparisons can be misleading because of the drop in Memphis’ population. Regrettably, the people responsible for most of crime aren’t moving to other places, so as the population falls, the number of crimes per 100,000 people is of course trending upward.

A look at crime statistics back to 1999 indicates that despite media hysteria, the most murders in a year took place five years ago. The 136 murders in 2005 followed an unusually low number of murders – 105 – in 2004. Yet, the 2004 number was a clear aberration. That year’s number was 20 percent lower than the previous low since 2000.

Back to the impact of increasing numbers of teenagers, USA Today reports that violent crime is rising after a decade of declining crime rates. Again, if you look at the age distribution charts for Memphis, it’s easy to identify a major cause. There are approximately 8,000 more teenage boys between the ages of 15-19 than there was just six years ago, so the rise in crime shouldn’t be unexpected at all.

In fact, a decade ago, there was an unusual decline in the number of teenage boys, and attendant with it was a decline in crime. While there are other factors that figure into the rate, notably poverty and unemployment rates and decreasing incomes for the working poor, there’s nothing quite as reliable as an early warning as population trends for teenagers.

As Salon reported recently, “in cities across the country, from Oakland, California, to Hartford, Connecticut, to Orlando, Florida, the story of summer 2006 has been one of kids and killing.” Despite this, criminologists urge caution, saying that there is no indication that cities will return to the killing fields of 20 years ago.

Most of all, they caution that a single year’s statistics should never be interpreted as reality. That said, the tinder boxes that are teenage boys do seem to be flaring up more these days, and across the U.S., mid-sized cities like ours are reporting a mystifying tendency for mild arguments to escalate into fatal stabbings.

If our problems weren’t bad enough, local government has been ineffective in creating the serious, communitywide summer jobs program that is needed for at-risk youth. Programs in other cities have shown that this can be a potent influence on crime rates and should be launched in tandem with the “get tough on crime” solutions that impress voters but do little to address the underlying causes of crime.

And most of all, it’s no coincidence that this increase in youth crime comes at a time when the U.S. Congress – at the urging of the Bush Administration – has drastically reduced youth-related and social net programs, is now considering drastic cuts to the COPS (Community Oriented Policing) program and continues to see the possession of assault weapons as the right of every red-blooded American boy.

It’s a strange anomaly of American culture that we would rather spend $35,000 to keep someone in prison than to spend a few thousand to keep him out. So on one hand, funding for youth intervention programs get the ax while the number of prison cells mushroom far beyond any commensurate increases in crime.

James Alan Fox, dean of the College of Criminal Justice at Northeastern University in Boston and long involved in analyzing Memphis crime trends thanks to the support by Guardsmark founder Ira Lipman, had warned in advance that the drop in crime rates in recent years was merely the lull before the crime storm. He pointed to the rising number of young adult males (14-25 year-olds) as the reason.

Meanwhile, Princeton University professor John J. DiIulio contends that the problem is compounded by the “poverty of growing up surrounded by deviant, delinquent and criminal adults in abusive, violence-ridden, fatherless, Godless, and jobless settings.” Professor Dilulio claims that his research indicates that a small percentage of teenagers are responsible for nearly half of all crimes.

What is more troubling, he says, is that each successive generation of young offenders is approximately three times more violent and dangerous than the previous one. He says today’s criminals are more frightening because they have no sense of right and wrong and they place no value on the lives of others.

A C Wharton, when he was public defender, made the same point about six years ago. He said that when he first began his criminal law career, young offenders in Shelby County Jail were crying and feeling remorseful because they had let down their families and were scared to death. However, he said these young offenders now have the eyes of a shark, deadened and emotionless, as if the part of the brain that weighs the relationship between actions and consequences has been turned off.

Regardless of which research is read, there is one certainty for Memphis. We ignore factors such as poverty, joblessness, inequality and racism at our own peril.

While the D.A., U.S. Attorney and heads of local law enforcement agencies make pronouncements about their solutions for fighting crime, they can make a strong first step by establishing better connections with the researchers who could have told them about this year’s outbreak years before it happened.

This Week On Smart City: Tuning Into New Media 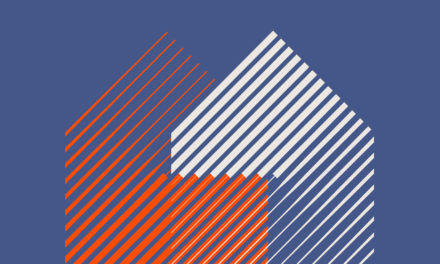 Public Space as Urban Amenity: This Week on Smart City