Compromising To Honor The Real Heroes of Memphis 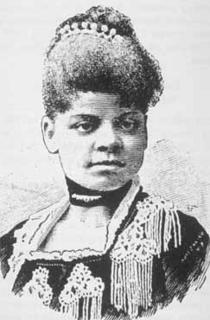 To do this, there is already precedent for our simple compromise – add the names of African-American civil rights heroes to the names of the Confederate loyalists.

Let’s add the names of real heroes like nationally prominent Memphian Ida B. Wells, fearless anti-lynching crusader, suffragist, women’s rights advocate, journalist, and speaker. Or Joseph Harris, the first African-American to own property in Shelby County, in 1834 (after first buying his wife and baby daughter). Or Ed Shaw, a target of the Ku Klux Klan in 1868, elected to the City Council in 1873 and served as wharfmaster in 1874, making him the highest paid official at the time.

There once was Ashburn Park overlooking the Mississippi River from its promenade at the south end of downtown. We forget for whom Ashburn Park was named, but when it came time to honor The Commercial Appeal’s historical columnist Paul Coppock, his name was simply appended to the Ashburn name and life went on.

From where we sit, we dearly love the sound of Forrest-Wells Park. Or Davis-Harris Park. Or Confederate-Shaw Park.

And best of all, we can even add statues of these heroes to counterbalance the bust of Jefferson Davis or the grave sculpture of Nathan Bedford Forrest in the parks bearing their names.

The names of the Confederacy’s beloved remain, but are balanced with the names of heroes cut from the most gallant cloth of all.

These were not men and women who were fighting to defend their property. They were property.

It’s hard to understand why the defenders of these parks’ present names are so hardened that they cannot hear the deafening message that these true Southern heroes deliver to us today. These are Memphians with meaning, Memphians driven by a simple dream for America to live up to its founding creed.

They deserve to have their names on these parks, because they are the people who deserve to be remembered, honored and revered by us as a city.

This Week On Smart City: The Power of Perception

This Week On Smart City: Making The Most Of The Century Of The City