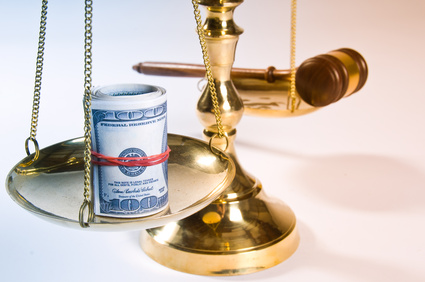 As we kick off a new year, I am repeating and slightly modifying a blog post that sums up what our priority should be for 2023:

African Americans have been swimming upstream from the first days of the United States but regardless of their efforts, the full promise of the American Dream always remains out of reach.

Every time it seems that progress is being made, it is upended by another wave of repressive and oppressive laws and policies.

Worst of all is the way that African Americans are regularly treated as problems to be addressed by government rather than opportunities.

We see this all the time in Memphis.

Can you remember when a political or business leader discussed how Memphis’ African American majority is a competitive advantage?  Memphis was diverse long before diversity was cool but we fail to capitalize on it, exemplifying how Memphis can be the model of success for other diverse cities?

Can you remember when a political or business leader advanced a vision of Memphis as a hub of African American talent?  Atlanta became an economic dynamo by setting the goal of becoming a national center for Black talent.  Can’t Memphis do the same?

Can you remember when a political or business leader said that closing the racial income gap – which would create $30 billion in new GDP for Shelby County – is the #1 economic development priority for our community?

Can you remember when a comprehensive investment agenda targeting the levers of progress for Black Memphians was launched as a citywide priority?

Instead, it is said that Memphis is too poor to fund programs for neighborhoods dealing with the long effects of disinvestment.  It is said Memphis doesn’t have the money to pay for a better functioning public transit system.  It is said that there is not more funding for schools, for programs to create more Black entrepreneurs, and for the kind of transformational and innovative programs working in other cities.

And yet, the City of Memphis property tax rate is the lowest it’s been in 24 years and city and county government gives away about $750 million in tax breaks to large corporations and real estate developers.

For every African American living in poverty in Memphis, there are three who are not, but it’s hard to know that watching and reading media stories or listening to political and business leadership.  What’s missing are stories about the other 70%.

The percentage of African Americans involved in crime is an even smaller percentage of Memphians, but you’d never know that watching the nightly news.  Night after night, there are mugshots and crimes that ratify a negative perspective about the Memphis majority aimed at ratings rather than reality.  It’s yet another glaring exploitation that seethes with an anti-Black undercurrent.

Recently, WMC-TV tweeted a brawl between Black basketball players, parents, and game officials – in Colorado.  It had no local news value but apparently the image of African Americans in a fight outweighed that when it came to doling out more click bait in line with the overriding narrative of the nightly news.

The ultimate question: what will it take for the media, political leaders, civic leaders, and business leaders to begin a movement that capitalizes on Memphis’ African American majority, to change the lens through which they see its positive potential, and to invest in the programs and policies that make the majority our competitive advantage.

And yet, the dismissive attitude about our competitive advantage, particularly when it comes to students in Memphis classrooms, is pervasive.  The high school winners of the First Annual Tom Lee Poetry and Spoken Word Contest last week proved the lie of that attitude.

As Memphis-Shelby County School Board Chair Michelle McKissack wrote in the Daily Memphian: “Our city is not untalented or underpowered. They may be underappreciated and often unrecognized, but they stand ready to exceed expectations just like Tom Lee.

“Some observers, both local and national, underestimate a city as diverse as ours. As for me, I draw inspiration from these young poets who challenge any negative attitudes about their generation. They believe in the future. They believe in Memphis. The Poetry and Spoken Word Contest proves we should believe in them…and ourselves.”

Unfortunately, we don’t get that kind of message enough from a cross-section of our leaders.  We hear much more about what’s wrong than what’s right.

Perhaps, that’s why we adopted the grit and grind descriptor without serious thought about the negative message it sends to the rest of the country, particularly to the young professional talent we hope to keep and attract.

Many of our images suggest a sluggish, slow-moving city ill-equipped to compete for knowledge and technology jobs.  The tax giveaway of $800 million every 10 years for corporations and real estate developers is tantamount to saying to the country that we are not good enough and we have to pay companies to love us.  That is particularly damaging when it involves the companies that know us best, like FedEx and International Paper.

Most big city mayors have finally recognized that so much of their cities’ potential hinges on one thing: increasing African American wealth.  Few cities have as much self-interest in addressing this as Memphis.

The median net worth of White households in the U.S. is almost eight times greater than that of Black households.

In a survey of 126 mayors in cities with more than 75,000 people determined that two out of three (80% of Democratic mayors and 30% of Republican ones) are concerned “a lot” or “a great deal about the wealth gap.

That’s not to say that most of them have a clear and comprehensive plan for turning it around.  In many cities, Democratic mayors are blocked by Republican legislatures (think Tennessee) from pursuing some valuable options (think Memphis’ living wage ordinance).

Racial equity and economic growth are two sides of the same coin.  That is especially true in Memphis where income has been depressed by an overreliance on commodities thinking and a disproportionate percentage of warehousing and distribution jobs.

Income inequality has been stubbornly high across the U.S. and when poor families are concentrated in a specific neighborhood, ways out of poverty become harder and harder.

The harsh reality in most cities is that in the wake of the Great Recession, there was little change in the income disparities.  It was even worse here because no city took longer than Memphis to return to its pre-Recession levels.

The results of the troublesome recovery are obvious, according to the Greater Memphis Chamber economic measurements dashboard.  Crucial economic indicators here now languish behind cities we once led.

The Chamber ranks the Memphis region against Nashville, Louisville, Kansas City, Indianapolis, St. Louis, Birmingham, Milwaukee, Oklahoma City, and New Orleans, and connected to closing the racial income gap, the measuements speak to the depths of the challenge here.

Despite these dire measurements, not to mention the duration of the time they have characterized our region, there’s never a time when someone with the ability to influence an economic development plan puts closing the racial income gap as the priority for Memphis although it is pivotal to whether Memphis succeeds, progresses incrementally while other cities are moving ahead more decisively, runs in place, or slowly declines.

These indicators beg the question of what does it take to motivate action.

There are real choices.  To ignore the decision in front of us is in fact a decision, one that would not portend well for our community.

It’s simply common sense.  The Memphis economy cannot reach its potential if a large share of its people cannot reach theirs.

Mayors tend toward technical assistance, mentoring, or procurement programs for minority business owners, but as the Urban League states, “a lack of development in low-income communities, access to good jobs, a quality education, and government representation, as well as mass incarceration, are the biggest barriers to equality.”

There are many worthwhile programs but what’s missing are connections and interlocking priorities that can produce dramatic, break-the-mold kinds of action that can disrupt Memphis’ trend lines and leap frog the region ahead.  At this point, success would be defined as moving up into the middle of the Chamber’s list of crucial indicators.

What we need from our leaders now is to speak the truth: to tell us where we are in comparison to our rivals and how the shape of our future depends in large measure on how we deal with the racial income gap.

Solutions require a new burst of understanding and empathy for what the National Urban League calls “The Black Mindset.”

In its report, “The Pulse of Black America,” the Urban League wrote: “Rising costs and inflation are a concern for all Americans, but for Black Americans, the emotional wear and tear of historical inequalities is a deeply personal economic pain point in their day-to-day lives.  For them, getting ahead is almost impossible, and maintaining the status quo is a juggling act of high risks and low rewards.

“Even when following the same blueprint of academic and professional achievement outlined by White America, Black Americans feel they are still denied the keys to unlocking longer-term middle-class success…Pragmatic and hopeful, hardworking and vulnerable, the complexities of Black pain and Black pride define the Black experience.”