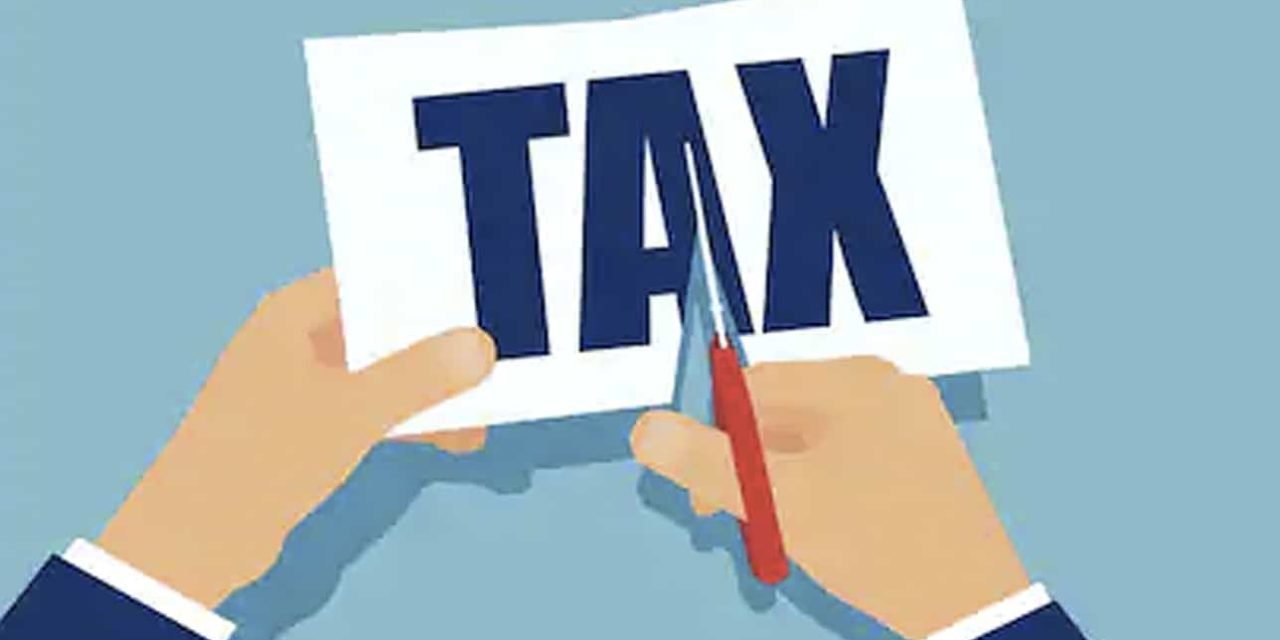 The following is the second article written for MLK50.com in October, 2020, about tax breaks given to politically connected apartment developers.  Since this article was written, Reid Dulberger has resigned from EDGE and Brian Kelsey has resigned as a state senator.  The first article – “When EDGE Subsidizes Pricey Apartments, Developers Win and Low-Wage Renters Lose” – can be read here.

When the Downtown Memphis Commission reduced the maximum term of its tax breaks for Midtown apartments from 15 to eight years in July 2016, developers promptly exercised their insider political muscle.

In calls and meetings with Mayor Jim Strickland and other political allies in City Hall, developers threatened to shut down proposed projects in Midtown.

The mayor quickly responded.  Among his calls were those to developer Michael Greenberg of Makowky Ringel Greenberg, who had a proposed project at McLean and Madison, and Reid Dulberger, president/CEO of EDGE (Memphis/Shelby County Economic Development Growth Engine), the city and county’s chief economic development agency.

He urged the developer not to abandon his plans and pushed EDGE to give developers the longer tax breaks they were accustomed to and to make them citywide.

Ten months later, on May 17, 2017, EDGE added a program allowing apartment developers to receive 15-year tax breaks that reduce their property taxes by 75%.

Within weeks, Downtown Memphis Commission, getting the message from the mayor’s office, reversed course, returning to a maximum term of 15 years for Midtown projects.

Strickland did not respond to repeated requests for comment.

Strickland strongly urged EDGE to add the apartment tax breaks because he “wanted to see the city population grow outside of the downtown core,” said Reid Dulberger, president/CEO of EDGE.

So far, EDGE has approved $58 million in tax breaks — called payments in lieu of taxes (PILOTs)  — for seven apartment projects, most of them located in highly sought after areas of Midtown and East Memphis, including the high-profile Poplar Plaza at Highland Street and Poplar Avenue.

Memphis 3.0, the city’s first comprehensive plan in more than 40 years, “showed we need everything,” Dulberger said. “We need every price point.”

In a January 2019 presentation to the Memphis City Council, Memphis 3.0 planners called for multiple strategies to create affordable housing. There was no mention of upscale apartments like the ones EDGE is subsidizing.

Related: We sent a survey to six developers about their tax-subsidized apartment projects: One responded

The ones subsidized by EDGE do little, if anything, to address the need in Memphis for 38,000 affordable rental units. The developments aren’t in the low-income neighborhoods that need affordable housing the most, and the rents on these new subsidized apartments are out of reach for the majority of low-wage Memphians, despite a requirement that 20% of the units be set aside for low- to moderate-income renters at discounted rates.

Strickland said at the time that he advocated the “residential PILOT” for apartments as a way to attract new residents and grow Memphis’ population, which has been flatlined for 50 years, despite annexation.

No supporting research showing that new apartments would have the hoped-for effect on population growth was presented to the EDGE board. In fact, six months before the launch of the new program, the U.S. Census Bureau issued a news release: “Americans are moving at historically low rates.”

But developers and Strickland were determined, even when it became clear that state law would have to be changed. To garner the support of Shelby County’s state legislators, Strickland and Shelby County Mayor Lee Harris agreed to an amendment that allowed the tax breaks to be given anywhere in Shelby County, not just in Memphis.

“We’re hoping that this bill will allow for development in areas that are currently blighted properties in the city (Memphis),” Republican State Sen. Brian Kelsey of Germantown said in urging passage of the law.

Strickland specifically singled out Midtown, telling Memphis Business Journal reporter Jacob Steimer that the apartment subsidy would help Memphis become the next “It City” like Nashville and Denver by luring millennials.

Contrary to Kelsey’s talking points, of the seven projects, only the one at 3637 Park Avenue is arguably addressing blight, and there are no projects in areas of poverty with dire housing needs like North or South Memphis. Evidence from other cities is that apartments are about as important as ax-throwing bars in attracting millennials to move.

At the EDGE board meeting in May 2017, the mayor said the new apartments would provide a “move up” opportunity for historic renters because when people with higher incomes move to new apartments, it opens up their old apartments for lower-income families.

Developers have made the same argument for years, but in the State of the Nation’s Housing report for 2018, researchers at the Joint Center for Housing Studies of Harvard University wrote: “Although adding new supply at the upper end should, in theory, cause older housing to filter down the rent scale, this process has not produced an adequate supply of rentals at the low end.”

In other words, they are public risk for private profit.

He said Philadelphia offers a cautionary tale for Memphis. The City of Brotherly Love changed its subsidies because the tax abatements had “become costly and mainly benefitted the city’s already healthiest neighborhoods.” Now, instead of waiving 100 percent of taxes for 10 years as it has in the past, Philadelphia has scaled back its tax breaks so that they are reduced 10% each year until they expire.

In Memphis, tax breaks are not stepped down over time. Rather, EDGE waives 75% of the recipients’ property taxes over the term of the PILOT. Five of the seven apartment PILOTs are for 15 years.

EDGE’s apartment program does nothing to address the dire need for rental housing for renters at 60% AMI and less.

Memphis has the fifth highest poverty rate of U.S. cities with more than 500,000 people, and the share of the city population living in high-poverty neighborhoods has increased from 30% in 1980 to 43% in 2018.

“The conversation that Memphis needs to be having is how to stop the loss of livable, affordable housing,” said local housing consultant Austin Harrison. He points to a 2017 study of eight comparable Southeastern U.S. cities that illustrated the problem.  “Memphis is losing more affordable rental housing since the Great Recession than any other Southeastern city in the study,” he said.

Adam Underwood, partner in the University Park Apartments at 3637 Park Avenue, defended EDGE’s residential program and said the requirement to set aside apartments for low- to moderate-income renters “is a fair request from Memphis and Shelby County.”  There is a need for affordable housing, just as this project needed a tax incentive to make the development possible,” he said.

Dulberger said that before approving a PILOT application, a consultant for his agency examines multiple factors, including whether “rents can finance construction” and whether a developer can “get a reasonable return” on investment because “low rents here make new development very hard.”

While EDGE considers developers’ profits, it does not consider whether employees at companies it recruited or retained in Memphis can afford to live in the subsidized apartments. EDGE allows these companies to pay their employees as little as $13 an hour.

In Memphis, the average wage for African Americans is $15 an hour. However,  the National Low Income Housing Coalition said that the area’s fair market rent of $884 for a two-bedroom unit requires a $17-an-hour job to be affordable.

“As for where affordable housing should be built, it should be built as part of a broader community development strategy in communities where there’s been historic disinvestment,” said Dan Emmanuel, senior research analyst with the National Low Income Housing Coalition.

While EDGE is waiving $58 million in taxes for large apartment projects, the year-old Memphis Affordable Housing Trust Fund created by Strickland has only $1 million. It was created to address the “housing needs of households that earn up to 80 percent of the Area Median Income (AMI),” according to the fund’s website.

The $1 million in the Memphis Housing Trust Fund compares to $50 million in housing trust bonds and $55 million in neighborhood improvement bonds approved by Charlotte voters eighteen months ago, $10 million from city government to the Nashville Trust Fund, funding in Louisville of $5 million, and St. Louis’ $6.6 million.

“If Memphis and Shelby County governments can forgo the $75 million or more every year in property taxes” waived in PILOTs by various agencies, “imagine what they could do if we had $90 million for housing loans” in low-income neighborhoods, said University of Memphis associate professor of social work Elena Delavega.

Dulberger said it might take more than PILOTs to spur growth in “harder to serve” neighborhoods.

One of those harder to serve places is Frayser, characterized by blight and disinvestment and where the median household income is $25,300.  Twenty-one percent of the households earn less than $20,370, or 30% of AMI.

From 2000 to 2015, Frayser had the most foreclosures in the Memphis region and was the foreclosure capital of Tennessee. Lockwood said apartments are important because they are part of the “continuum” of housing, with apartment renters building a credit record that helps them qualify later for a house loan.

The struggles of a public-private partnership to rehabilitate 146 apartments at 3085 Steele Street in Frayser provide a stark contrast to the ease with which 1,298 apartments in Midtown and East Memphis have received $58 million in tax breaks.

Financing for the $17 million Renaissance at Steele Apartments required a local philanthropic group, the state housing agency, Memphis Division of Housing and Community Development, out-of-town banks because no Memphis banks would participate, and Memphis Health, Educational and Housing Board, said executive director Roshun Austin of The Works Inc., a community development corporation.

All of The Works’ projects are aimed at solving the affordable housing crisis. Renters for her projects live in distressed neighborhoods and pay rents based on 60% of AMI and less.  Because of EDGE’s higher threshold at 80%, no one working on affordable housing turns to EDGE for help, she said.

Austin described the project as “a thousand-piece puzzle with a piece missing,” and she envies the fast track that greets developers handling projects in Downtown and Midtown.

“We don’t live in the same world. Their names get doors opened, and they walk in and get what they want. I have to threaten and fight, but I do, because the people we serve are trying to make a dollar out of 55 cents.”

Coming Out of the Closet