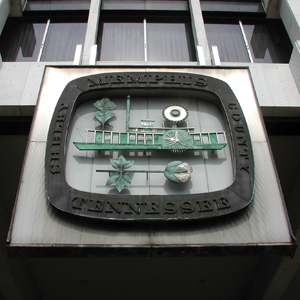 The Memphis referendum to end term limits and Mayor Jim Strickland’s flip-flop on whether he would run for a third term have resulted in a focus on the next mayor’s race a year earlier than expected.

Odds are against term limits being removed at the ballot box but Mr. Strickland putting his thumb on the scale could possibly shift some votes but it’s difficult to see how there would be enough to change the term limits rules for city elected officials.

In 2008, Memphis voters amended the city charter so elected officials were limited to two terms.  Ten years later, in 2018, voters had not changed their minds, voting at referendum to keep term limits 61-39%.

It’s difficult to imagine that in four years, public sentiment has shifted enough to change the rules.  It’s also difficult to grasp Mr. Strickland’s sudden change in position in hopes of serving 12 years as mayor rather than eight.

If term limits are retained, here’s hoping City Council won’t keep putting the question on the ballot every few years in hopes of getting the result they want.

Debate About Next Mayor

The Memphis term limit regulation has been called the anti-Herenton policy that was developed in response to Willie W. Herenton remaining in office from January 1, 1992, to July 30, 2009.  For others, term limits were directed at the Ford political family.

Passage of terms limits did produce new faces on City Council, but it also began the exodus of former Memphis officials running for Shelby County offices.

However, all the talk about term limits has heightened debate about the next mayor’s race.  A number of people are already conducting due diligence into a possible race and it seems that none of them would welcome a race against Mayor Strickland.

Incumbency is a formidable advantage.  It’s not that there are not issues they could use to run against him, but there is the generally accepted view that he would have a significant advantage in fundraising.

For example, some people see a potential campaign that hoists the mayor on his own pitard: crime fighting.  It was the issue (remember the “Friday Night Lights” TV campaign ad?) that was pivotal in defeating Mayor A C Wharton Jr.  That said, it certainly hasn’t been as easy as his ad suggested with violent crime climbing (from 1,868.8 to 2,465.2) per 100,000 population) during his time as mayor along with a growing and general unease throughout Memphis about it.

Unfortunately for Memphis, concern about violent crime extends far beyond the city.  For many years, Memphis was lucky as the news media spotlighted larger cities with higher visibility.

Meanwhile, news media outside Memphis define it more and more as a city consumed by crime.  When a Nashville news report showed more people moving to Memphis, commenters questioned why anyone would move to a city so unsafe.  In a mystery series set in East Tennessee, when one character said he might move to Memphis, he was immediately warned not to do it because of crime.

Some political insiders believe that the mayor is vulnerable on the issue that was so central to his election, but it would require serious campaign funding for the message to penetrate.

Regardless of who is running for Memphis mayor in the next election, the main question is what can the city do to have a great mayor.

That’s not to say that it has not had competent mayors, but in the modern history of the city, Memphis has not seen the kind of great mayors that have been seen in many other cities.  They are the kind of mayors who have a compelling vision for what the city should be, who have the ability to inspire and mobilize citizens, who can be storytellers that bind Memphians together, who understands urbanism and its principles, who has the ability to speak prominently on the national stage, and who can be as sensitive to the opinions of the grassroots as to political financial contributors.

Promising that the trains run on time is not a vision.  It is an operating principle and it is important for the day-to-day operations of local government, but it in turn is not a vision that galvanizes the public behind a well-articulated, shared mental image of what the future can be and see themselves in it.

Great mayors are a force for progress, equity, opportunity, and they can change the trajectory of a city.  According to the Greater Memphis Chamber dashboard, Memphis is losing ground to  cities who used to aspire to be like us.

In the past 40 years, it can be argued that the first eight years of the Herenton mayoralty had the opportunity for greatness, but sadly that is now overshadowed by the remainder of his years in office.

Fifteen years ago, while he was still in office, I wrote on July 15, 2007, a blog, “Turning Our Attention To Finding A Great Mayor.”  Here’s an abridged version:

Every city is one great mayor away from being a great city.

It’s a mantra that we repeat often in cities where we work on issues that affect their competitiveness in a highly competitive global economy. We say it because time after time, we’ve seen it play out in city after city that has been transformed by inspired and inspiring leadership.

Because this is so, we think the pressing question to ask as we look at the announced major candidates, “Which one of these has the potential to be the great mayor needed so desperately in Memphis?”

The most pressing priority for Memphis right now is to identify, develop, nurture, and motivate a new breed of candidates poised to enter the mayor’s race in four years.

We are encouraged by the examples found in mayors’ offices across the U.S., and we are particularly inspired by the most exciting models of all – the many nontraditional candidates who have come forward, been elected and captured the imagination of their citizens.

It’s hard for us not to think immediately of Denver Mayor John Hickenlooper (Note: he was elected Colorado governor and is now a U.S. senator), and how we need to find his counterpart here. A geologist and a restaurateur, he went from a candidate with name recognition of less than five percent to a mayor who has now united the entire Denver region behind visionary plans for the future.

It illustrates the power that a new political leader with new ideas can have.

If the past eight years are any indication, the next four years will be an era of marking time, and at the end of it, Memphis will have problems that will have reached catastrophic proportions – all the more reason to start now to find the kind of candidates who can be immediate impact players.

In my City Journal column in Memphis magazine, I wrote in July, 2006: This is the golden age of great city mayors.

In Chicago, Richard Daley transformed “Beirut on the Lake” into one of the world’s great cities – sophisticated, vibrant, seedbed for an astonishing array of enlightened “green” programs.

In Denver and San Francisco, two restaurateurs – respectively John Hickenlooper and Gavin Newsom – transplanted their customer service credo into city services and designed revolutionary programs for the homeless. Also, Hickenlooper’s determined regional fence-mending produced a 70 percent approval rating in the metro area, and he in turn used this reservoir of good will to lead seven counties and 31 cities to pass a sales tax increase to pay for 119 miles of new light rail and commuter trains costing $5 billion.

In other words, cities are in an epic period of rebirth, and great mayors are the reason.

Memphis has had great managers, great motivators and great speakers. But there’s no argument that Memphis has had a mayor who measures up to the standards of today’s great mayors.

Mayor Willie W. Herenton, contrary to critics who tend to blame him for everything from the economic downturn to global warming, flirted with a “Nixon to China” brand of greatness, but in the end, it was not to be and now seems as elusive as his being cheered at halfcourt at FedExForum.

In truth, the concept of Willie Herenton has always been more compelling than the reality of Willie Herenton. To his political base, he has special status as the city’s first African American mayor, and the voter loyalty attached to that milestone will not be replicated again.

With civic leaders, explanations for support have frequently begun with the sentence, “well, he’s better than….”

In Herenton’s case though, it’s no longer fair to him, and it’s not now fair to the city, because it has mutated into a mythology that polarizes every issue he touches. The seminal example took place just over year ago when he convened a meeting to consider his innovative proposal for merger of the two local school systems. On that day, he made the best researched and most detailed analysis by a public official of the $1 billion spent locally each year for schools, and he did it all without mentioning once that Memphis is the only major metro area in Tennessee where schools aren’t already consolidated.

And yet, none of the statistics, none of the projections and none of the historical trends were reported. Instead, the media fixated on the fact that the chairs of the city and county school boards – respectively, Wanda Halbert and David Pickler – were petulant no-shows at the meeting.

It was a defining moment in the Herenton Era, because it was at that moment that it became unambiguously obvious that his personality, not his positions or programs, would be the overriding factor defining the news from then on. In this way, it no longer mattered if he was right, because he was robbed of his bully pulpit.

The sad truth of Memphis politics – and it is sad whether you like Herenton or not – is that the mayor no longer has the potential to be great, because the ultimate prisoner of the Herenton myth is now Willie Herenton himself.

Because of it, he’s denied the chance to emulate great U.S. mayors who are creating bigger dreams for their cities that every one sees themselves being part of, reaching across political and racial boundaries and inspiring all of their citizens with the confidence to move ahead together.