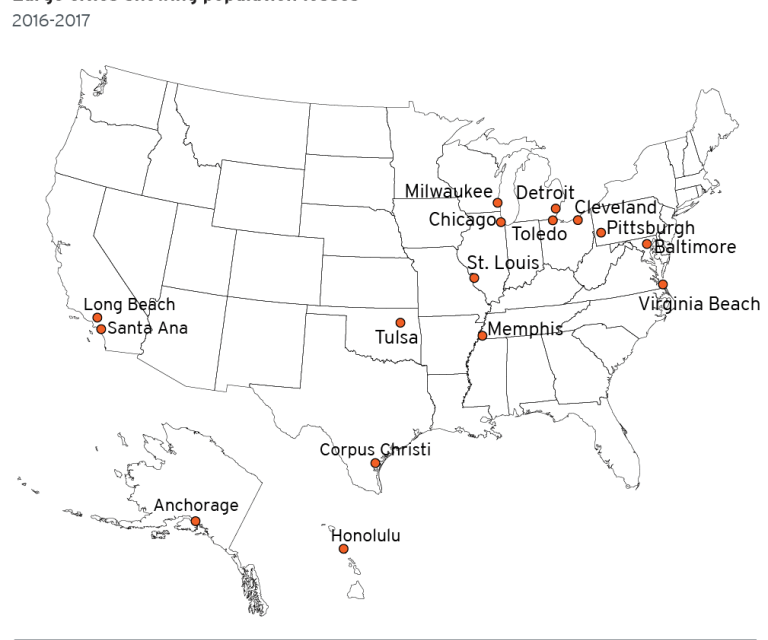 According to Brookings Institution, Memphis is one of only six major cities that has lost population in seven of the eight years since 2012-13.  The others are Detroit, St. Louis, Toledo, Baltimore, Anchorage, and Buffalo.

In those seven years, the total population lost for Memphis was 9,558.

Nashville was not in the top 10 cities with largest population gains in any of the years.

Cities with greatest loss of population:

Taking The Mystery Out Of Public Customer Service