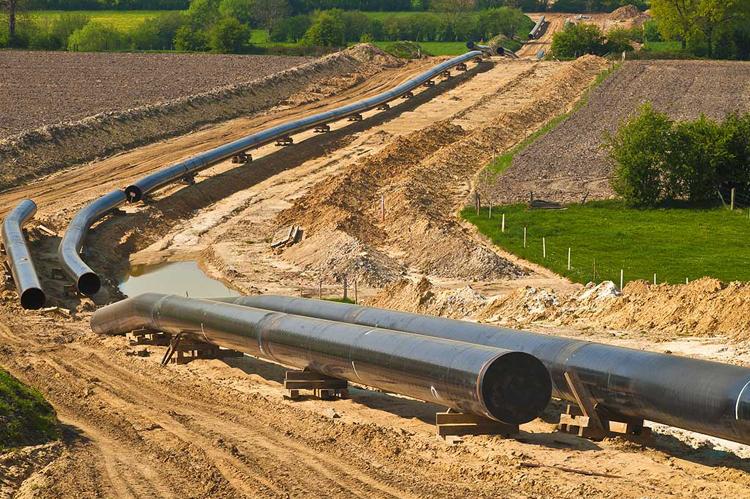 Note: In light of recent developments regarding the Byhalia Pipeline, I’m reposting this commentary from Feb. 10:

Thumbnail: The Byhalia Pipeline mobilizes a well-funded PR and government lobbying program to convince Memphians to sell out their neighbors in Boxtown and Southwest Memphis.  Amid the flurry of talking points, one answer is missing: how does this pipeline help the people of Boxtown?  If it is all that good for Memphis, why is it called the Byhalia Pipeline.

So, what price do we put on a neighborhood, particularly one of the oldest in Memphis?

That, fundamentally, is the question for local elected officials facing the well-funded public relations and government lobbying campaign by Byhalia Pipeline LLC, a joint venture of Plains All American Pipeline and Valero, to build a 45-mile pipeline that plows through African American neighborhoods in Southwest Memphis.

For the people of Boxtown, which traces its history back to a group of emancipated slaves following the Civil War, they’ve known the answer to the question for more than a century.  Their neighborhood has always been seen as expendable, its people as unworthy of investment, and its neighborhood trapped in a cycle of decline that all the promises of government never reversed.

Time after time, they have been the subject of shock and outrage by elected officials from city, county, and federal government who seem periodically to discover the neighborhood that seems almost off the map south of T.O. Fuller State Park and east of the Horn Lake Cutoff.  It has the feeling of an isolated island of proud Memphians almost overwhelmed by the heavy industrial uses to the north and to the west.

Been There, Done That

Many times over the decades, Boxtown has heard promises of help and investments from governments that failed to materialize.  In 1960, when City of Memphis cast its eye on annexing the area, it promised the full menu of city services in return for city taxes.  And yet, as recently as 1975, some homes still did not have water, sewer, and electricity promised by city government, according to an excellent history of Boxtown written by Aubrey Ford, Phoebe Weinman, and Walker Weinman for the always indispensable StoryBoard Memphis.

In those years, the neighborhood was regularly toured by elected officials accompanied by TV news crews.  The cameras captured pictures of modest, neatly cared for homes in a bucolic setting that belied its location inside Memphis.  There were good-for-TV, on-the-porch interviews with residents whose faces filled with hope, but when the cameras left, often so did the concern by government.

I remember walking with the county mayor and a U.S. congressman on one of these visits.  Their emotional responses appeared sincere, the conversations with residents were moving, and their pledges of help were unequivocal.  But there were always other places that needed the money more.

It’s no secret that many poor neighborhoods in Memphis are victims of disinvestment and neglect by the government charged with serving them, but time in and time out, the treatment of the people of Boxtown was the worst.

All this brings me to today’s David versus Goliath battle between the Byhalia Pipeline LLC and the neighborhood which is fighting against the negative impact the pipeline will have on the place where they live largely out of sight and out of mind.

This time, however, residents of Boxtown have a growing number of supporters standing with them, particularly citizens concerned about risks to the Memphis Sands Aquifer and the city’s sole source of drinking water.

As Congressman Steve Cohen said in a letter to the U.S. Army Corps of Engineers: “In DeSoto County, Mississippi, the pipeline clearly avoids some of the more prominent, upper class neighborhoods.  For communities (like Boxtown) that have already been unfairly burdened from decades of environmental injustice, it is troubling that an oil pipeline with several potential consequences could be built without adequate environmental review.”

In this way, this dispute is a fundamental test of democracy.

Can people generally ignored for so long have their voices heard in the halls of government as they plead to save their neighborhoods?

Are the scales of government destined to tilt toward the powerful and well-heeled?

Is the price for these Southwest neighborhoods a pipeline to serve North Mississippi?

Are we willing to risk our drinking water for these pipeline investors to make more money?

It is obvious that government officials have heard the talking points regularly favored by the powerful: this is about prosperity, it’s about economic development, it’s about strengthening communities.

While tossing out these shameful talking points, the PR and lobbying machine mobilized by Byhalia Pipeline fails to make a case for how it benefits the families of Boxtown.  In fact, it’s easy to conclude that Memphians are being asked to pay the price so Mississippians can grow their economy.

Meanwhile, the pipeline partnership is papering Memphis with its money, apparently on the premise that if it gives enough money to Memphis – and Mississippi – nonprofits, we’ll set aside our concerns and support the project.

We’re glad that 26 nonprofit organizations have been given more than $1 million, but this all feels like a patronizing – if not cynical – ploy built on the belief that Memphians will sell out their fellow citizens if the price is right.

It’s hard not to wonder if it would have treated a majority white neighborhood, city and county differently.

Pipeline advocates talk about how it will support more than 500 jobs and create more than $40 million in total economic impact, but there’s a catch.  That’s during construction that will last about a year, and once the pipeline is finished, those numbers will significantly decline.

Left unanswered in its PR blitz is the answer to the question of what new advantage would this pipeline give North Mississippi in the heated competition with Memphis and Shelby County for jobs and investment.  Do the economic impact numbers thrown out by pipeline advocates only consider one side of the coin and fail to factor in the potential negative impact on our community’s economic growth as Mississippi uses the pipeline as a sales pitch for new jobs?

Advocates also say the pipeline will provide more than $3 million in local tax revenue along the route each year.  They don’t say how much of it stays in Memphis and Shelby County, and how much of it benefits Mississippi, but it seems to escape them that if the entire $3 million stayed in our community, it’s the equivalent of merely a penny in taxes for city and county government.

Apparently, we now know their answer to my opening question: the price of the Boxtown neighborhood amounts to a penny on the tax rate.

The Byhalia Pipeline website says that its path “allows us to construct the pipeline safely, which protects the integrity of the line and the surrounding community.”   It’s not like we haven’t heard comments like this often in our past.  It’s like poor, African American neighborhoods have targets on their backs.

Here’s the thing: we know environmental racism when we see it.

That’s because we’ve seen it before.  There have been cleanup programs at the old Firestone Tire and Rubber Co. plant.  The North Hollywood Dump was listed as an EPA superfund site in 1983 but a large retention pond was used for recreation until the early 2000s. The Velsicol Chemical Corporation plant produced chemicals later banned for their toxicity.  Memphis Defense Depot was placed on EPA’s Superfund site in 1992 as a result of the chemicals there  contaminating the soil and groundwater.

All that happened before we were heightened to the risks to our environment and to our water.  We now know better.

Rather than paying for full-page ads in The Commercial Appeal to pat itself on the back, Byhalia Pipeline LLC would do better to tell us precisely how Boxtown is supposed to be better off  because of it.

After all, if it is all that good for Memphis, why is it called the Byhalia Pipeline.