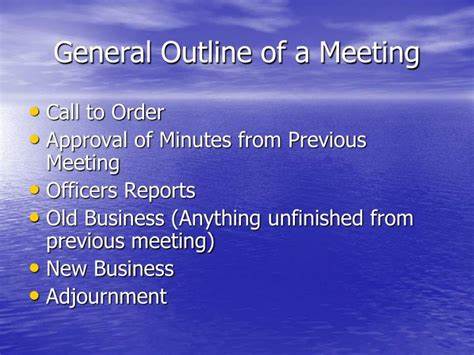 Thumbnail: Memphis City Council continues to use “same day minutes.”  It’s simply become a way for a member to advance a resolution, vote on it, and to get the minutes approved at the same meeting.  There was a time when it was used for major issues, and even then, it was a way to sidestep robust public debate and it rewarded people bringing issues to Council at the 11th hour.

Memphis City Council continues to use a questionable procedure to push through resolutions with limited public notice and discussion.

It’s called a “request for same night minutes,” and while it may sound benign, it allows a Council member to put a resolution on the agenda, have it voted on, and then approve the minutes so it is considered final.

Once upon a time, approval of minutes was done at the meeting after the vote on an issue.  That gave the public time to respond to the vote and even for Council members to reconsider a resolution.  Just yesterday, a Council member pointed out that he had reservations about a resolution following a meeting but since same night minutes were approved, the question was moot.

In the past, same night minutes were used for major projects like funding for Crosstown Concourse or the new funding structure for Redbirds Stadium.  It shortcircuited the normal course of business, resulting in votes at the 11th hour with advocates providing grim scenarios if minutes were not passed on the same night.

That seems long ago, because same night minutes are now used for procedural and mudane votes.  At yesterday’s Council meeting, the agenda featured nine requests for same night minutes, including one to reopen Riverside Drive on weekends.

That one was not approved because of a number of objections.  For one, Councilman Edmund Ford Sr., who represents District 6 that includes downtown Memphis, was unaware of the item until he saw it on the agenda.  It was placed there by Michalyn Easter-Thomas, who represents another district altogether – District 7 to the north.  Mr. Ford opposed it because he wanted time to discuss it with his constiuents since it’s his district.  In the discussion, one Council member rightly said that the legislative body was overusing same night minutes.

What’s particularly peculiar about requests for this unusual parliamentary maneuver is that the agenda doesn’t offer even an hint of the justification for it.  One thing is certain: there is no rhyme or reason for why some resolutions have this request and others don’t because there are no guidelines about them.

The following is a post written by Jimmie Covington, veteran Memphis reporter with extensive experience and expertise in government and Robert’s Rules.  This was previously posted here in March 16, 2018:

The Memphis City Council has created new terms and a practice that are not used by any other governing bodies in Tennessee and probably not by any public body elsewhere in the United States.

It is all because council members have for decades treated Memphis citizens unfairly by linking final actions on matters before the body to approval of meeting minutes.

But since linking of the two sometimes creates problems, they have come up with a way to get around it when timing is important.

Under Robert’s Rules of Order, which has always governed most of the procedures followed by the council, a governmental body cannot reconsider an item that has gone into effect or started to go into effect.

And there is no need to have so-called “same-day or same-night minutes.” On any item passed by the council, all that has to occur is the signing of the resolution or ordinance by the council chairman, certification by the comptroller and submission of the document to the mayor.

So what if the council really makes a mistake and needs to change something?

Parliamentary rules always allow an action to be rescinded (except the appointment of someone to an elected office which goes into effect immediately).

Local, state and national parliamentary procedure organizations were asked about the Memphis council’s minutes practice for a story last year but no one wanted to comment.

If parliamentary groups advocate the adoption of good procedures that will treat citizens fairly, they need to speak up. Also, the minutes-council action link may be something that voters want to ask candidates about in next council election.

It is only fair that when citizens attend a council meeting where a “final” vote is taken, they should be assured that the council cannot come back at a meeting in the near future and change that vote.

Rather than follow the same rules and procedures that everybody else follows, council members choose to spend time cluttering their records with meaningless things like same day minutes and same night minutes.