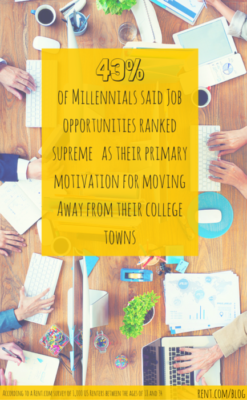 Thumbnail: Following up on my two articles at MLK50.com about tax breaks for apartment projects in Midtown and East Memphis, I’m reposting this article from May 22, 2017,  about whether apartments attract millennials to move to Memphis.  This was one of Memphis Mayor Jim Strickland’s rationales for pushing through the program which has now waived $58 million in city and county taxes.  The first article was about the program and the second was about the politics that created it.

Build it and they will come.

That seemed to be the prevailing attitude at the EDGE meeting where apartment developers were added to the growing list of beneficiaries for city and county tax breaks for as long as 15 years.

As happens at so many similar meetings in our community, millennials were mentioned as key motivation for this tax incentive.  Never have so few been used to justify so much.

In a review of 10 cities’ plans and strategies to attract and keep millennials, we found no mention of apartments.  That’s not saying that most millennials don’t live in apartments – in fact, about half of all renters are millennials – but it is saying that there are other more pertinent factors that attract them to a city where they then in turn create the market for more apartments.

After all, how many millennials have you heard say that they are moving to Austin because of the apartments there?

It is difficult to find qualified renters in a “created” market, and there are some who are unconvinced of that even with almost complete occupancy that downtown is a hot market and still needs tax giveaways.  After all, the National Association of Realtors ranked Memphis #1 in renter’s markets – defined as those cities with the highest vacancy rates (about 8%).  In a ranking of 50 major U.S. cities, Memphis was #17 in lowest average monthly rentals at $835 (compared to #35 Nashville at $1,395).

We have not seen or heard any data or research presented by EDGE or Memphis Mayor Jim Strickland as he energetically lobbies for them that proves building more apartments will suddenly turn our community into a magnet for millennials and a key to population growth.  He even said they could turn Memphis into “It City” like Nashville and Denver. Some diplomatic observers suggest this reflects a naïve understanding of what makes cities attractive for millennials.

And yet, Mr. Strickland bought in completely.  Developers called and met with him to ask for the new tax break program that does little to help struggling Memphis neighborhoods and does everything to help parts of Memphis (think Midtown and eastward, not north or south) where there would seem to be a market for new apartments.  He reached out to reassure developers that he would take care of it.

It’s one of Memphis’ oldest stories: what developers want, developers get.

In this case, all they had to do was  threaten that they were putting their projects on the back burner unless they again got 15 year tax breaks.  (To his credit, DMC president Terence Patterson had reduced Midtown tax breaks from 15 to eight years, and that set off the three-alarm fire which Mr. Strickland set out to extinguish).  It’s a curious part of the PILOT program overall that the mayor and other politicians are convinced thattax breaks are needed because the people who benefit from them say they are.

There’s no third-party apolitical analysis that we would expect of a large urban government.  It’s just developers telling officials they need the tax breaks to make more money.

That said, hope springs eternal, so we’ll be interested in seeing if this idea works.  EDGE wisely limited the tax holiday for apartments to just 10 projects, and at that point, it will be assessed to determine if it is achieving its purpose, hopefully by third parties rather than by the beneficiaries and creators of the program.

Here’s the thing: only slightly more than 4% of the Shelby County population is made up of 25-34 year-olds with college degrees, and that rate has been essentially stable for at least a decade.

As context, about 16% of the Shelby County population is 25 to 34 years old.  In other words, about 75% of millennials in our community do not have college degrees at a time when college-educated millennials are the gold standard every city is chasing for its workforce.

That’s why getting young people that are already living here – and future millennials in our classrooms today – into the line receiving college degrees is our smartest workforce development strategy.  Joe Cortright’s comments to Leadership Memphis years ago continue to ring true: while other cities are fighting for more young people, our competitive advantage is already here because of our larger percentage of population under 18 but only if we can increase our college attainment rate.

Come to think of it, Mr. Cortright’s research at City Observatory concludes that millennials are twice as likely to live within three miles of the Central Business District as other demographic groups.

It’s that fact that raises questions about why EDGE is getting into the apartment incentive business at all.  After all, the Center City Revenue Finance Corporation (CCRFC), an affiliated agency of the Downtown Memphis Commission, already issues PILOTs in most of that sweet spot.

Now There Are Four

Both agencies have the power to issue PILOTs for development projects throughout Shelby County.  The Memphis agency is also the “go to” agency for Memphis Housing Authority and has partially funded many downtown apartment projects.

Our point is that when there is the need for incentives to build apartments for millennials outside the Central Business Districts, these are agencies prepared and with the experience of doing it.  The Memphis Health, Educational and Housing Board has affordability guidelines that require tenants of mixed incomes, and it not only can issue PILOTs, but it has even more incentives than EDGE.

In addition, the Memphis board has stringent tracking of its PILOTs with site visits and compliance reviews.  EDGE should set in place similar policies because at this point, we suspect it does not fully understand the complexity and needs of these projects.  (To build on its record, Memphis Health, Educational and Housing Board needs members with housing, affordable housing, and housing finance experience.)

Some skeptics have suggested the apartment PILOT program is the “latest power grab” by EDGE “following up the CRA grab.”  That said, it is more likely that this new incentive – like the one given to IKEA – didn’t originate with EDGE but was driven from external forces like influential apartment developers.

In other words, it is unclear why another bureaucratic process is needed to deal with apartments, but an underlying problem is that no one understands what the Health, Educational and Housing Board does.  Maybe while EDGE is in its 10-project trial period, more thought can be given into exactly why another agency is needed or if this is a solution in search of a problem.

We’ll know if it’s the latter if these incentives are given for projects outside Memphis or on the eastern fringe, where there clearly is a healthy market for apartments.  In fact, an apartment complex on Hacks Cross Road south of FedEx World Headquarters is the largest apartment complex in Tennessee and still growing.

The best news from EDGE is that the tax waiver will not be granted unless a developer can prove the project wouldn’t happen without the incentive.  We have long urged a similar approach on PILOTs for companies, so we look forward to seeing the process for making this determination.  After all, since 2011, EDGE has waived $320 million for about 13,000 jobs.

Recognizing the reality of our community’s lagging population growth, an increase in Memphis population would by necessity focus on luring people back into Memphis from its suburbs and North Mississippi.

A Student No More

After all, this is a long-term problem.  If Memphis had not been able to annex since 1970, its population today would be about 440,000.  Memphians moved east and out for reasons more fundamental than the availability of multi-family housing.

The good news is that there seems to be more concentrated attention on these issues – quality of life, crime, and schools, to name three – and improvement on them is the key to population growth and more apartment occupancy in Memphis.

One of the key factors attractive to millennials is affordability.  As a St. Jude Children’s Research Hospital fellow said in a focus group about why they moved to Memphis:  “Rather than live in an apartment in Boston with two roommates and bicycles on the fire escape, I could buy a house in Memphis.  It gave me the chance to quit living like a student.”

That sounds like a powerful marketing hook for millennials.  A lot more than new apartments.

Getting Urban Design Right: Broad Avenue As A Test 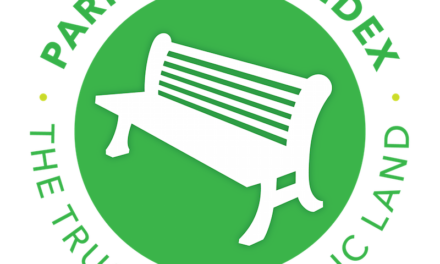 No Lucky Cloverleaf for Memphians