Thumbnail:  University of Memphis’ Professor Emeritus in Economics David Ciscel follows up his previous blog post about Covid-19’s impact on our economy.  The May jobs and employment numbers show that idea by leadership that it would all fade in May is discredited. The next two months will be even more important.

Last week the May regional unemployment figures came out. Most news sources seemed to be overjoyed that the unemployment rate fell from 12.8% in April to 10.9% in May. That is still a long way from 3.8% in March – and any double-digit unemployment number is bad news. But what are the details behind this announcement?

There were several pieces of semi-good news. The actual number of unemployed workers in the regional economy fell by almost 9,000. At the same time, 27,000 workers who had abandoned the labor force in April returned – and, clearly, many of them found jobs. In March there were 646,222 workers in the labor force (equal to employed plus unemployed); by May the regional economy was back up to 624,801 workers. So double good news – smaller numbers of unemployed and larger labor force.

Now the City of Memphis’ part of the Memphis regional economy is not quite so inspiring.

Unemployment only fell from 14.2% to 13.2%. That means that the regional recovery (to the extent one has occurred) is mostly in the suburbs and rural counties surrounding Shelby County. Since most of the poor, black workers live in the City, that means those workers who are most destitute are and will suffer most. Interestingly, like the regional economy, the City labor force partially recovered from the collapse in April. From 300,056 workers in March, the City labor force fell by almost 18,000 in April, then recovered by 15,000 in May to a total of 297,331 willing and able workers. In the City workers came back to work, but, in general, had a much harder time finding jobs so the unemployment rate stayed up.

The other part of the May release is jobs data for the regional economy. These data show that workers may have a difficult time getting real employment. In February/March, the Memphis regional economy had 654,000 jobs. That is, the number of jobs was slightly larger than the number of workers. And that was good news. Workers could work two jobs if they needed to (always necessary in a low wage economy like Memphis). Plus, employers needed to bid for workers, slowly pushing up wages. In April the number of jobs fell to 584,000, rising in May to 599,000. So, in May the number of jobs was significantly less than the number of workers – that is, unemployed workers had to compete for jobs, a situation that can easily lower starting wages.

Overall, the picture is not good, especially when you factor in the revival of COVID cases in June. There are more workers and more of the workers are employed, but the overall situation in the labor market is dramatically weaker from a worker’s point of view. As noted before many times, Memphis is a low wage town. The current labor market environment is one where wages and benefits will only get lower.

Note: The numbers reported here are slightly changed for April. The government survey revises the numbers for 2 or 3 months to improve accuracy. They do not change enough to change the analysis. 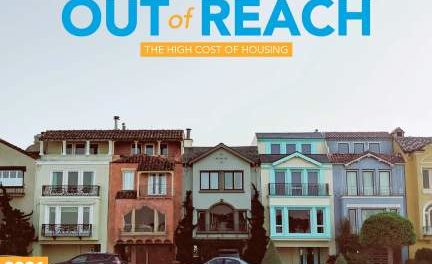