I was talking with another of Leadership Memphis’ outstanding Fasttrack classes last week about the most important opportunities in Memphis and the unique assets that we have to leverage for the future.  St. Jude Children’s Research Hospital of course was among them.

The hospital’s remarkable breakthroughs in childhood cancer have raised survival rates 10 times higher than they were when it opened.  That St. Jude is in the midst of a billion dollar building program makes the future even brighter for Memphis, but more importantly even, for children around the world.

The hospital’s story is impressive, particularly considering how close it came to moving to St. Louis.  At the time, the late Paul Gurley, Eugene Cashman, and I were tasked with development a plan to convince them they should stay here.

From dinners and meetings with Danny Thomas, founder of St. Jude Children’s Research Hospital, we remember his constant good humor and his sincerity when explaining how the hospital was a symbol of his gratitude and pride in the way that America had welcomed the immigrant families of Lebanese and Syrian families.

But the best tributes of all for these founders are seen in the remarkable cures that have been discovered at St. Jude and then shared with the world.  The overall childhood cancer survival rate in 1962 when the hospital opened was 20%.  Today, it is 80% and St. Jude’s goal is to push it to 90% in the next decade. We remember Danny Thomas as a gracious, patient man who treated everyone as his equal, always found time to tell the St. Jude story to anyone who could help his hospital, and whose smile was never broader than when he was with “his kids” at the hospital.

Memphis and the world are indebted to him for giving us St. Jude Children’s Research Hospital.  It speaks to the giant humanitarian who made it happen, but it also speaks to the nobility of every person, particularly those who come from immigrant families from faraway lands to the United States in hopes of finding better lives. 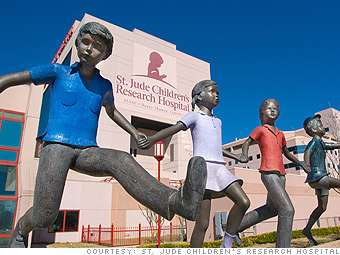 The following is a post from February 8, 2012, about the chapter when we almost lost St. Jude’s:

It’s as easy to imagine Memphis without FedEx as without St. Jude Children’s Research Hospital.

In 1971, as Thomas’s airplane descended for his annual fundraising all-star show, a rainbow arched across the sky, leading me, when I was a Memphis news reporter, to write that I envied Thomas’ deal with St. Jude.

After the board received detailed proposals from both cities, a vote was set for a board meeting in Miami. Memphis had rallied with promises of more cooperation from University of Tennessee Health Science Center and more financial help for the hospital from Memphis, but the prediction was for a razor thin vote.

True to his word, Thomas remained neutral, but it was the same as voting for Memphis. The fact that he took no position meant that he was unswayed by St. Louis.

The debate was over. 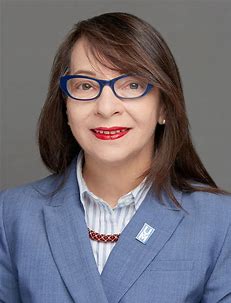