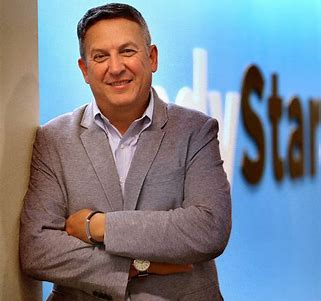 That new opportunity is expected to take him to a similar position at the Daily Memphian.

At a staff meeting a week ago, he said: “After almost six years at IndyStar, it is time for another challenge. I love the 11 years I have spent in Indianapolis, and it will always be my second home.”

It’s an interesting hire for the Daily Memphian, considering that he’s being hired from a newspaper owned by Gannett, which has been the subject of so many disparaging comments by the Memphis newspaper’s top brass.

Mr. Ramos, 56-year-old Cuban-American, was at the Indianapolis newspaper for six years and had only led the news operation for 21 months.

His announcement was accompanied by the expected pro forma comments about his many contributions to the Indianapolis Star. Gannett’s Midwest regional editor and Mr. Ramos’ supervisor said: “The Star has benefited greatly from his leadership as he rose the ranks to top editor.”

According to the Indianapolis Star, he had “overseen the newsroom’s transformation into a digital operation focused on subscription growth and new storytelling efforts.”

Among the largest dailies among the 200 newspapers in the Gannett/GateHouse network, the Indianapolis Star was #6 in the largest percentage two-year decline in circulation, falling 35.7% between 2017-2019, according to an analysis by the Boston Business Journal. (The Commercial Appeal was #1 and Nashville Tennessean was #2.)

The Star’s newsroom staff has been cut by half since 2014, including half of the photographers and the entire copy desk, and at least six people in the past year.  These types of cuts are characteristic of Gannett’s business plan and have taken place in Memphis as well.

He apologized in 2018 for The Star publishing a cartoon that mocked Christine Blasey Ford, who accused Supreme Court nominee Brett Kavanaugh of sexual harassment.

A few weeks ago, the Associated Press reported on how various newspapers were playing impeachment coverage. Some did not even have it on their home page. The Star was keying on former Indiana governor and Vice-President Mike Pence. Mr. Ramos said the newspaper is not “anti-national news” but that local news gets more clicks.

In March, 2017, Mr. Ramos was featured on MSNBC “to discuss his team’s effort to get to the bottom of Mike Pence’s personal email use for state business.”

Mr. Ramos was sports director when he was hired, rising to managing director and executive editor. Prior to joining the Star, he was managing director of digital communications for Indianapolis-based NCAA. (Maybe he can provide some insight into that organization’s mistreatment of University of Memphis over the years.)

He also has worked at the Atlanta Journal-Constitution, The Times (Shreveport, Louisiana), and The News-Press in Fort Myers, Florida.

Mr. Ramos’ hiring will bulk up the journalistic experience and expertise at the top ranks of the Daily Memphian.

Books From Birth Gives Children a Step Up

Answering A Question About Guard Rails