Our community’s talking points about its significance are widespread and consistent, but not fully translated into the level of financial support that allows it to achieve its ambitious research goals and expand its economic development impact.

The university makes it into the headlines but rarely about academics or bolder goals to help transition Memphis from today’s workforce to one that can compete in an economy built on technology, innovation, and entrepreneurship.

While there are multiple reporters with The Commercial Appeal and Daily Memphian covering U of M’s football and basketball programs, it’s hard to tell if there’s even one reporter covering the rest of the university.

When there is coverage, it tends to be about projects like the grand new tennis center partnership with City of Memphis or conflict like the dust-up with Shelby County Mayor Lee Harris who blocked county funding for a new natatorium, saying it was because the university had not raised its minimum employee salary to $15 an hour.  The mayor got little support from the county board of commissioners which funded the project despite his protestations.

The nature of Mr. Harris’s criticisms – labeled as grandstanding by critics – felt personal and gave rise to reports that they stemmed from conflict between Mr. Harris and the university administration when he was teaching at the U of M law school.  Regardless of the cause, the plot was complicated when The Commercial Appeal suggested that the university, despite its comments to the contrary, had no substantive plan to guarantee all workers $15 an hour.

While this kind of coverage sucks up the oxygen in the room, lost in the shuffle is the progress that is being made and the higher ambitions that define the university these days.  That said, it would be encouraging if there was as much discussion about increasing the graduation rate (which is less than 50% in six years), increasing enrollment, and maximizing the influence of the university on Memphis.

However, one of the university’s biggest challenges is not local in nature but results from state government’s lack of adequate funding for higher education in Tennessee.  It’s been a trend line for more than a decade, beginning when State of Tennessee quit treating university education as a public purpose but as a private benefit, and as a result, shifting more and more costs to students.

Unfortunately, the shift in educational policy came at the worst possible time, because it was no coincidence that it took place when the state economy was failing to keep pace with other states and with the negative ripples felt in Memphis when it needed a higher skilled workforce to reduce its disproportionate reliance on transportation, distribution, and logistics.

The university often states its impact by calling attention to its yearly expenditures of almost $500 million and salaries of $215 million, but that only hints at an economic impact that should include graduates’ incomes and jobs that flow from the school’s research and innovation.  Today, there is excitement about the potential of the UMRF Research Park, which has entered into a partnership with Epicenter, and about the 40 patents obtained by the Office of Technology Transfer.

Jasbir Dhaliwal, executive vice-president for research and innovation, said it’s all about creating an ecosystem bolstered by the U of M becoming a Carnegie Research I institution in the next five years.  The lack of state funding again is a barrier since the university needs more graduate students, particularly foreign ones, to become a R1 university.

Meanwhile, local government makes too little use of the academic expertise present and available at the University of Memphis.  Plans, particularly economic development ones, are regularly drawn up without input from economists, transportation experts, technologists, and more. It is an attitude that squanders the questioning that is inherent in the academic environment and which could bring value to civic priority-setting and planning.

There is little reason that University of Memphis and Memphis and Shelby County set the goal of demolishing every barrier to creating a stronger town-gown relationship.  In many cities – think Boston – civic challenges are tackled by academic think tanks and the absence of this leading edge critical thinking often shows in plans here.

That said, there’s no reason that the university has to wait for permission to undertake this kind of thought leadership.  The potential of this added value was shown in the development of former Memphis Mayor A C Wharton’s Blueprint for Prosperity, whose strategic framework was supported by white papers by more than a dozen subject matter at U of M.

The Memphis region is in dire need of a provocative think tank, because what is often lacking in decision-making here is an objective, fact-based framework that is not inhibited by the conventional thinking that is regularly about political tradeoffs, about transactional decisions, and about personalities.  Because of the lack of academic discipline, the context for decisions is constantly shifting and lacks the dependable, credible structure needed for smarter decisions.

Unfortunately, because of the lack of sponsorship funding from EDGE, the Sparks Bureau of Business and Economic Research at the University of Memphis eliminated its invaluable economic comparisons between the Memphis region and other areas.  The comparisons were rare in this community: unbiased, candid data that illustrated the way that our economy languishes behind regions with which we compete.

It also hinted at what a real university-centric think tank could be.

In preparation for my upcoming column in Inside Memphis Business, I contacted the University of Memphis and asked what their “bragging points” are.  The following is what I received:

*  The University of Memphis has 19 academic programs currently ranked nationally by U.S. News and World Report in its Best Graduate Schools, including three in the Top 25: Audiology (No. 17), Rehabilitation Counseling (No. 20) and Speech-Language Pathology (No. 24). Health Care Management is ranked No. 33 and Social Work No. 96.

*  Three sources have ranked the University of Memphis as the No. 1 online college in the State of Tennessee. UofM Global is the only fully online bachelor’s degree program at a public institution of higher education in the state ranked by U.S News & World Report.

*  The University of Memphis Cecil C. Humphreys School of Law was ranked No. 1 on PreLaw magazine’s list of BEST Law School Buildings in the nation for the second time since 2014.

*  The University of Memphis is strengthening its role as a research-based driver of economic development in the region with the establishment of a UMRF Research Park in three phases beginning with opening its first facility in the heart of the University District followed by the development of an applied research facility on the Park Avenue Campus later this year.

*  FedEx Express and the University of Memphis have launched the LiFE program, a new initiative that allows more than 11,000 employees of the FedEx Memphis World Hub, employees of FedEx Logistics Inc. and in the Indianapolis, Los Angeles, Oakland and Newark Hubs the opportunity to earn a tuition-free, fully-online degree from UofM Global.

*  Most out-of-state students at the University of Memphis will have a sizeable cut in tuition under a simplified four-tier tuition structure. The restructuring sets tuition for Tennessee residents, out-of-state residents, international students and UofM Global online students. Students from outside a 250-miile radius of the UofM will see a considerable decrease in costs.

*  The University of Memphis received a total of $1.4 million in private support from the Suder Foundation and an anonymous donor to create the Office of First-Generation Student Success and establish an endowed scholarship fund for first-generation students. It will expand existing programs for first-gen students and create new programs in collaboration with partners across campus.

*  University College at the University of Memphis is partnering with Crew Training International Professional Flight Training to launch a new Commercial Aviation program. FedEx committed $500,000 to UofM Commercial Aviation scholarships. The program will support the needs of the local community and address a looming pilot shortage. More than 42 percent (22,000) of active U.S. pilots at the biggest carriers will retire over the next 10 years.

*  The University of Memphis received a $500,000 donation from CN, renewing the railway’s long-standing partnership in support of the Southeast Transportation Workforce Center. CN has committed more than $1 million to the UofM since 2015.

* The University of Memphis is one of three urban universities to receive a portion of a $5 million grant from the National Science Foundation’s Scholarships in Science, Technology, Engineering and Mathematics program. The UofM Herff College of Engineering, College of Arts and Sciences and College of Communication and Fine Arts will collectively receive $1.7 million for the project with $1 million dedicated to scholarships.

*  The University of Memphis celebrated the opening of the state-of-the-art Metal Additive Manufacturing 3-D printing lab in the Herff College of Engineering. The UofM has committed $2 million for building renovations, equipment and staffing. 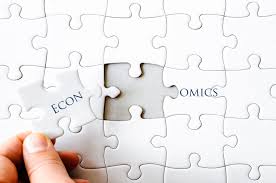