By David Ciscel, Professor Emeritus in Economics, University of Memphis:

How do we compare to those cities — the MSAs – as we look at the future of Memphis? The Memphis MSA is an eight county, full-employment, slow growing economic zone. Poverty is endemic; education levels are not great. And the metropolitan area is politically divided into 3 separate State jurisdictions.

How do we compare?

The U.S. Bureau of Labor Statistics (BLS) has a recent (2017) listing (except for Toledo) of occupational distributions in these distressed cities.

How similar are these cities?

And are distressed cities drastically different from the U.S. as a whole?

The short answer is that there is less homogeneity to distressed peer cities than one might imagine. And Memphis is not like the other distressed cities.

The BLS data also had good 2017 wage data. The first thing to note is that Memphis had a lower hourly wage for every occupation except legal and farming occupations.

The overall 2017 hourly wage for Memphis was $21.13 per hour (about $44,000 per year for a full-time job). The U.S. average is $24.34 per hour and the average for the distressed cities is $24.81. Though Memphis had a higher proportion of managers than the typical city, pay for managers in Memphis ($48.58 per hour) is dramatically less than the U.S. average ($57.65 per hour) or in the other distressed cities ($60.40 per hour).   If you hold a computer/math job in Memphis, you can expect to earn 21% less than the typical U.S. worker in those occupations. In engineering expect to earn 16% less than the US average if you work in Memphis.

Of course, people can claim all sorts of mitigating factors. Housing may be cheaper, food may be cheaper, taxes might be lower. But the central fact is that less expensive living conditions can probably be traced to the fact that employed Memphians have less money to spend on these amenities of life.

Let’s look at the four occupations where Memphians have a significantly greater proportion of employment than the U.S. or the other peer distressed cities. Healthcare occupations earn about $2.50 less per hour than the U.S. average and $4.00 less per hour than in the other distressed cities. Similarly, Memphians earn less in protective services and Office/Administrative support occupations. Finally, in the transportation/material moving occupations, where Memphis has twice the proportion of workers (14.2%) than either the U.S. average or the distressed city average, Memphis workers earn significantly less ($16.28 per hour, $34,000 per year for full-time employment) than work in the U.S. ($17.82 per hour) or in the other distressed peer cities ($18.30 per hour).

Often, we talk about poverty in Memphis. Indeed, Memphis has a dramatic poverty problem, particularly among children. And we may need better childcare, better educational systems, and better food/housing systems to rescue those living in poverty. But it important to remember that we are standing inside a fairly deep hole. We have proportionately fewer good jobs and those good jobs pay less than is paid typically in the U.S. or in other distressed cities. In the occupations where there is a strong need and a strong demand, we are still paid less than the U.S. average and less than peer cities. Relatively speaking, Memphis workers are poor from top to bottom. 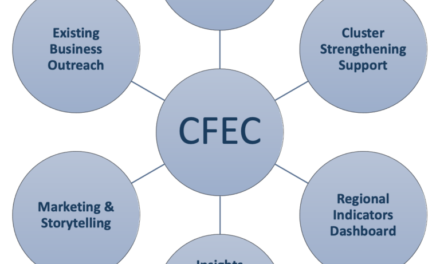