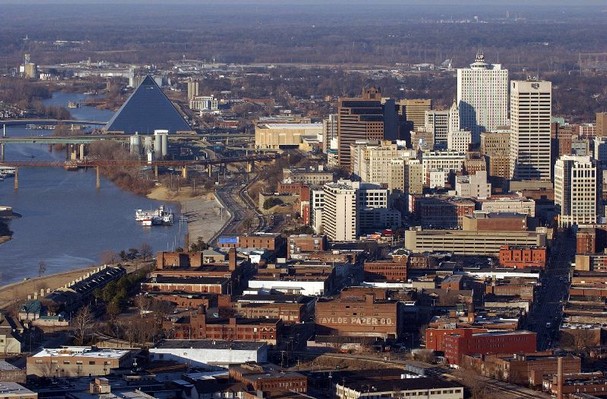 We have blogged – most recently in 2017 – about the national trend of companies moving from suburban locations to downtowns.  The announcement by Indigo Ag and FedEx Logistics suggests that Memphis is now part of this movement.  We’ve also written about the way that Memphis may have a “new” downtown in the next four years, but here’s what we wrote in 2017:

Years ago, after listening to the latest idea for revitalizing downtown, former Beale Street developer John Elkington facetiously said Memphis is always chasing the latest trend, but “usually, it’s 10 years after everyone else.”

Back then, his comment was met with knowing laughter, but maybe, just maybe, Memphis is closing the gap.

ServiceMaster is the latest in a national trend in recent years of Fortune 1000 companies leaving their suburban headquarters to relocate downtown, but it is the first of its kind in Memphis. In Chicago alone, AT&T, Motorola, Sara Lee, Walgreens, United Airlines, and Archer Daniels Midland have moved. In Seattle, Expedia is spending $229 million to adapt existing buildings for its new downtown waterfront headquarters.

The locations for corporate headquarters used to be decided by where the CEO wanted to live, but more and more, these decisions are being guided by where the most desirable workers want to live — college-educated 25- to 34-year-olds. Research shows that jobs follow people; the most mobile, coveted workers are younger ones, and today they want to live in an urban environment.

In other words, companies are simply following the talent, because these 25- to 34-year-olds have a strong preference for living within three miles of the central business district. In fact, 51 percent have this preference, compared to just 12 percent in 1990. ServiceMaster, like other companies that need to attract younger workers, is placing bets that a Downtown headquarters will be a magnet for them.

This trend in urban living is paying big dividends in other cities, and there is anecdotal evidence that Memphis is catching up.  Then again, when compared to other cities, the percentage of college-educated 25- to  34-year-olds is diminished by the fact that a three-mile circle around downtown Memphis takes in thousands of acres of Arkansas fields.

More than anything, the ServiceMaster announcement moved all the talk about a Downtown renaissance from hyperbole and closer to reality. Before Servicemaster even opens, the Harahan Bridge’s pedestrian walkway was completed; the Tennessee Brewery, Chisca Hotel, and Union Station, against all odds, are being transformed, and plans for the Pinch Historic District revitalization are getting under way.

Much of downtown’s momentum has been bicoastal — South Main’s $500 million building boom on the south and Bass Pro Shops’ 3 million visitors on the north — but ServiceMaster is a huge boost for the core, and its announcement that its headquarters will include a technology and startup center is right on message for the emerging creative district plans for the area.

Often, local government and public agencies take a laissez-faire attitude toward downtown’s major investments and marquee projects. The openings are celebrated, but then nothing is done to leverage them by connecting them and the lack of programming fails to deliver the vibrancy that characterize successful downtowns. For example, although there are millions of people visiting the outdoor wonderland at The Pyramid, with no trolleys on the tracks at its doorstep and no marketing plan aimed at them, Bass Pro customers often drive, park, shop, and leave without learning more about what to do downtown.

Today, with so many new assets that downtown did not have only five years ago and with the promise that the next five years will be transformative, the priority should be to activate downtown to such a degree that it turns the corner once and for all, and sends the message that people and companies should get on board now or miss out on the most exciting times in its recent history.

ServiceMaster will be the third largest private employer in downtown, but the importance of its decision extends far beyond the number of jobs. Only a few months ago, there were long odds against the company staying in Memphis, and if it had chosen Atlanta or Dallas, the damage to Memphis’ civic psyche and its national brand would have been devastating.

ServiceMaster has made its decision, and now it’s up to the powers-that-be to decide to deliver the energetic, vibrant, and active downtown that ushers in that new urban era for our city.

Getting Ready For the Future, With or Without Delta