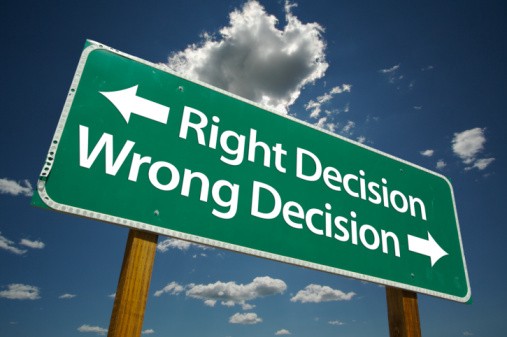 It’s impossible for us to think of a local organization that experienced what the Greater Memphis Chamber has gone through in the past 10 days.

Back then, pressure points for the Chamber centered on roles and relationships compared to  EDGE, on lack of confidence by many African Americans, on the need for more success recruiting good-paying jobs, and on differing opinions on what the path to a better future should be.

Today, that seems a long time ago, and in retrospect, life seemed so much simpler.

The murder of Chamber president/CEO Phil Trenary put everything in perspective, but it also presents our community’s chief economic development organization with the daunting task of finding someone to follow his leadership, battling a crime narrative that already complicates the recruitment of companies, repositioning Memphis even more assertively in the marketplace, and dealing with an economy best described by economist David Ciscel as full employment stagnation.

Much has been said in the past 10 days about Mr. Trenary’s commitment to this community and a Chamber agenda – reducing poverty, fighting blight, and keeping and attracting young talent – unseen since the days of Chamber executive David Cooley decades ago. The Chamber should quickly and decisively move to reaffirm his agenda and make it part of the job description for hiring the next president/CEO.

Since the late 1960s, the Chamber has hired a mix of Chamber executives recruited to Memphis and local businessmen.  It’s difficult to draw many conclusions about one over the other, but there is a trade-off in either direction, choosing a deeper knowledge of professional economic development or more knowledge about the local business community.

Considering the current issues in play, an outside, experienced Chamber executive could bring fresh eyes and clear-eyed recommendations to the discussions about economic development roles and responsibilities, and a lack of baggage that inevitably comes with a local selection could eliminate the personal relationships that can cloud thinking.

We remember specifically Dave Cooley, who headed the Chamber in the late 1960s and was brought back in 1985.  In the following 10 years, more than 110,000 jobs were created in Memphis and a new sensibility about public policies was created.

His comments reverberate today and remain discouragingly relevant: “The greatest barrier to a better Memphis is ignorance. What are some of the problems of urban growth — a deteriorating central city, bad housing for a large percentage of our people, lack of skills training, poor workers mobility, undereducated and underemployed people in large numbers, token acceptance of blacks in decision-making.”

After Mr. Cooley, Marc Jordan, another Chamber executive brought in from outside, led development of an ambitious strategic regional framework endorsed by the governors of Tennessee, Mississippi, and Arkansas.  The Mid-South Sourcebook was unprecedented in its research and scope, but like so many similar initiatives, it ended up feeling more like a membership fundraising vehicle for the Chamber than an agenda to be pursued singlemindedly over time.

Until January of this year, he had worked for seven years as deputy commissioner and chief operating officer for the State of Tennessee Department of Economic and Community Development, where he managed a $200 million incentive budget and led the successful pursue of more than $40 million in federal grants.  He is also board chairman of Life Science Tennessee, a statewide organization growing the life science industry.

The ambitions of U of M President David Rudd, in appointing him about nine months ago, were to get the university more involved in the economic growth of this community and to better connect the university’s resources and research in ways to spark economic expansion.

Mr. Townsend’s considerable experience and knowledge have not been fully exploited since his return to Memphis, but his inside information about economic development and the inner workings of successful programs could prove valuable to the Chamber as it points toward the future.

It is inarguable that the Memphis regional economy is not keeping pace with cities that we used to outperform and that we need a leapfrog strategy to become more competitive and successful in creating and recruiting the kinds of jobs that provide living wages and greater opportunity.

That said, Memphis and Shelby County are eliminated from the vast majority of company prospects because of three thorny problems: sites, sewers, and workforce.  Those three challenges alone should be enough to produce collaboration and cooperation between the Chamber and EDGE.

While both organizations have been subjected to criticism, they have not gotten the credit they deserve for talking straight to Memphis and Shelby County.  For so long, in the face of obvious lagging trend lines and a troubling lack of momentum, we have gotten hyperboles that obscured the facts and cheerleading unconnected to the “real” world a majority of Memphians navigate daily.

Memphians and Shelby Countians ask for so little, but we deserve the unvarnished truth.  Since taking the helm at EDGE, President and CEO Reid Dulberger has been frank about our economic challenges and levers for change, and now, Chamber board chair Richard Smith has displayed even more candor in explaining the things holding back the Memphis economy.

It’s took eight years after the Great Recession before our region to scratch its way back in the last quarter of last year in the small group of places that took the longest to recover.  Then again, the Memphis MSA lost 55,000 jobs, African American wealth was decimated, and the city was struck by a storm of house foreclosures.

There is so much that needs to be done.  Memphis Mayor Strickland deserves credit for city government’s remarkable gains in minority business, but it’s worth remembering that the entire City of Memphis budget is roughly $650 million – and the vast majority of it is spent on salaries – but even if the entire amount was spent on minority business, it would be the equivalent of the tail wagging the dog since the entire Memphis MSA GDP is $72.2 billion dollars – or 110 times larger than the city budget.

In other words, if we are to make significant progress in increasing minority business receipts, the private sector must do as much as city government.  After all, Memphis has more minority-owned firms than Atlanta but most of them have no employees.

But the greatest economic opportunity is closing the gap in the median income between whites and African Americans.  It is a $22 billion opportunity that should be at the top of our economic development priorities.

Closing the gap is not a short fix, and it will take decades, because it requires a systemic shift from the sugar high of distribution jobs to jobs that pay living wages.

Among the 50 largest MSAs, Memphis is last in small business startups, manufacturing and tech startups, and 48th in STEM employment.  Brookings Institution, in a ranking of 100 largest MSAs, put the Memphis region #81 in overall growth.  For 2017, the MSA ranked #48 of the largest 53 MSAs in jobs growth.

But there is are encouraging statistics.  For the year, the Memphis MSA economy has produced 13,100 jobs (CES) for a new high of 655,600 jobs and 11,897 new jobs (CPS) for a total of 617,526.  The questions are of course the average wage per job and whethers the new jobs continue the preponderance of jobs with lower wage employers.

All of this is to say that it’s never been so much in the community’s self-interest for the Greater Memphis Chamber to make a wise decision about the person to follow Mr. Trenary.  So much about the city and county’s economic future depends on it, and it’s hard to think of a better legacy for him.