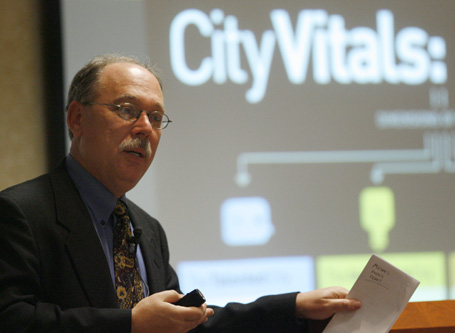 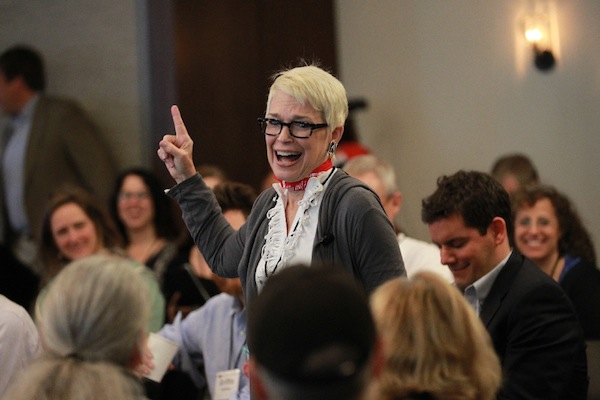 Note: There are renewed conversations about the ways to spark more economic growth in Memphis, but often they turn into ideas that are merely extensions of the present or resurrected ideas from the past (think music studios).  In an effort to look to the future and the forces that can propel the economy, we reprise this post from March 25, 2015.  Ms. Coletta is now Senior Fellow with the American Cities Practice at The Kresge Foundation.

“The rules of economic development have fundamentally changed.  It’s all about place and talent.  Talent is the critical variable, and it is increasingly drawn to great urban places.”   – Joe Cortright, City Observatory

These two key points were made recently when Mr. Cortright, Portland economist and City Observatory guru, and Ms. Coletta, vice-president of community and national initiatives for the Knight Foundation, spoke to representatives from organizations working to improve leadership, attract and keep talent, and improve economic performance in Memphis.

Listening to their compelling, provocative, and timely presentations, it was impossible not to conclude  that we are engaging in old-style economic development that regularly misses the mark on what really matters: talent and quality of place.  More to the point, it raised the question of why can’t Memphis be the place that invents modern, progressive economic development, one that keys on distinctiveness, downtown, and college-educated talent.

Everyone Benefits From Higher Education

“A better educated city is a successful city,” said Mr. Cortright.  “Sixty percent of the variation in incomes between cities is about one fact – percentage of college-educated adults.”

But, the best news of all is that cities with more workers with college degrees are also more successful for people with high school degrees.  “In these cities, a high school diploma is worth more because a person with a high school diploma earns more in a city with higher educational attainment, because it has more economic opportunity,” he said, “but there are spillover benefits that come from a well-educated population.”

“Having lots of well-educated neighbors improve everyone’s economic prospects.  In areas with more mixed incomes, there are better public services and better opportunity and that’s your best bet at tackling poverty.  Kids growing up in poor families have better mobility if they grow up in mixed income cities and cities with more talent, so less economic segregation deals positively with the cycle of poverty.  Living apart tends to greatly impair the economic prospects of less educated and low income peoples.”

Cities Should Be Cities

Successful cities are attracting college-educated talent, and this group is so important because they are mobile.  “Talented people are mobile so if you don’t have a great place, it is very hard to hang on to people educated in your city,” said Mr. Cortright, adding that special attention should be given to neighborhoods within three miles of the CBID (Central Business Improvement District), because well-educated 25-34 year-olds are 125% more likely to live there than the rest of the city.   Jobs were growing faster in the suburbs but that’s flipped in the last four years.  Close-in neighborhoods are growing twice as fast as other neighborhoods. ”

More to the point, cities that try to compete with the suburbs by being more suburban are in the wrong race.  “Most cities have attractive suburbs,” he said.  “That’s not a competitive advantage.  Not every suburb has an attractive city.  You can’t exist as a healthy ring with a decaying core.  You have to consciously choose to be urban, because you won’t ‘out-suburb the suburbs.’”

Most of all, competitive advantage is found in the most obvious place – in Memphis’ distinctiveness.  “You can’t do whatever every city is doing and expect to be successful,” Mr. Cortright said.  “The unique characteristics of your place are your greatest advantages.  If you want to grow great companies, it helps to build on the unique characteristics that make Memphis special.”

And what should those urban neighborhoods look like? “Dense, diverse, interesting, bikable, walkable, and transit-served,” said Mr. Cortright.

He said that today, Memphis lags in the bottom three of the 51 largest metros in college attainment and 25-34 year-olds with college degrees.   It’s a crucial challenge because “location decisions of companies are determined by the location of young talent,” he said, adding that while high school diplomas are important, it is four-year degrees that have the really “big payoff with higher economic prospects.”

“Two, invest in downtown and in robust public life.  Memphis needs to double down.  We should never pretend Memphis is different and that we can buck national trends.  We need to act with urgency because if we wait, we’re farther behind.  Downtown is most important for another reason.  What made Portland such an engaged community is that it got Portlanders out of the living room and into public life.  They lived life in the public because then they would talk about their city with strangers.  This is an important role for downtown.

“Three, rediscover strengths of neighborhoods near downtown.  We’ve written off North and South Memphis, but there are strengths there we can build on to create affordable opportunities.

“Four, welcome newcomers and connect them to the social life of the city.  That’s why density is important.  When a city is dense, it’s easy to find your tribe.  (She mentions Campus Philly as an effective program in this regard.)

“Five, reconnect with Memphians who have moved away.

“Six, invite people to help with a creative process.  People have lots of ideas for making cities successful and they want to help.  The future is not being written by a few people.  It is being written by thousands of people making small decisions every day about their life in their city.  It’s about answering, what could we accomplish as a collection and start imagining what we can get done in the next 10 years because it is the runway to Memphis’ third century as a city.” 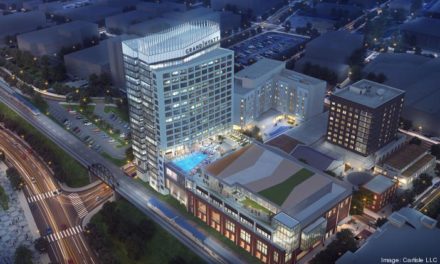 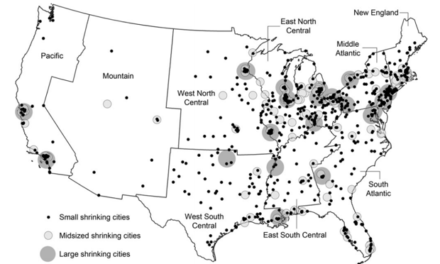