Transitioning To An Emphasis On City Planning 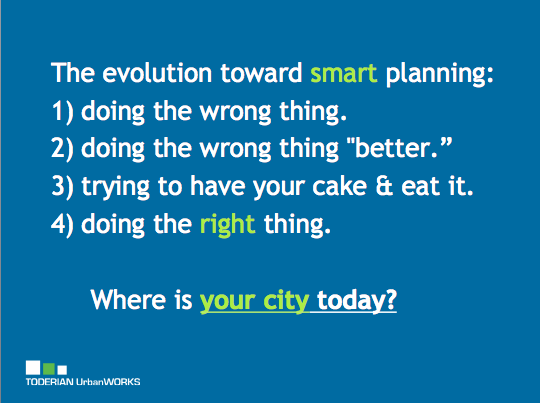 It’s time for Memphis to get deadly serious about planning and give the Office of Planning and Development the structure, the tools, the staffing, and the money to do it right.

That’s why it is encouraging that one of the key subcommittees for Memphis Mayor-elect Jim Strickland’s transition team is focused on planning.

We’re not suggesting that many of the problems being faced by Memphis merely result from a lack of planning, but we are saying that the lack of emphasis and appreciation for planning exacerbates these problems because it creates a vacuum in which the City of Memphis has no context for making decisions and setting priorities for making investments.

As a result, everything from economic development to neighborhood revitalization to capital improvements develop without the connective tissue and logic that come from plans that evaluate future possibilities, analyze opportunities, and recommend the policy framework for translating potential into reality.

The Snake Swallows Its Tail

The number of people advocating more robust, assertive, and comprehensive planning is growing, but many times the conversation defaults into blaming the current staff and talking about how they should address these concerns.  But this ignores the fact that planning as it exists today is the product of political forces that devalued it as a crucial ingredient of this community’s success and that sacrificed it in budget reductions as money was shifted to other line items in the city and county budgets.

In this way, planning was in its way a victim of the deviations by City of Memphis and Shelby County Governments from plans that would have mitigated sprawl (think Germantown Parkway and Gray’s Creek), which ultimately consumed so much county funds that cuts in some services such as planning were needed to pay the ballooning costs of sprawl.

All of this adds credence to the growing interest in creating a city-only planning department that is single-mindedly concentrated on creating a livable Memphis defined by its healthy neighborhoods, freed from the distractions that stem from county government political concerns for the suburbs.  While OPD is located in City Hall, it is administered by Shelby County Government and all OPD staff members are county employees.

In truth, the present structure for planning was created for a different time and realities.  It was set up at a time when Memphis’ land area was less than half of its present size, density was twice as much, and the dynamics shaping Memphis were dramatically different.

It was the cusp of an era of sprawl that pretended it was “growth” than a historic and massive relocation of people who previously lived inside Memphis.

Planning for People Rather Than Cars

It was in this environment that the importance of planning was diminished.  County politicians were not interested in doing anything that would limit the influence (not to mention the contributions) of developers, and because of it, little by little, the Office of Planning and Development’s plans and recommendations were treated as interesting observations that were merely advisory instead of recommendations to be enacted into official policy (the ink was hardly dry on the Germantown Parkway study before commissioners were departing from it).

And with the 1977 elimination of the Planning Commission, whose members acted as citizen advocates for planning, who set the planning agenda, and who oversaw planning functions, there was little resistance or pushback to the county policies fueling sprawl.  And once the Land Use Control Board was installed as the replacement for the Planning Commission, development interests had achieved even more power in their ability to scale back the impact of OPD plans since they effectively controlled the outcomes of its zoning votes.

Intensifying the problem was the fact that one agency of OPD – the Metropolitan Planning Organization – propelled sprawl with plans anchored in a car-centric, “every highway is a good highway” approach to the future of Shelby County while largely ignoring the need for an effective public transit system.

We’ve written about the damage done by MPO many times so we won’t belabor the point here, but as one of the most unrepresentative and unbalanced MPOs in the country, Memphis is long overdue in considering what alternatives it has to establish an MPO singularly focused on its needs, including research into what it takes to create a Memphis-only MPO or even what it might take to affiliate with the West Memphis MPO.

The Need For A Strategic Framework

In the end, as the consequences of this neglect, sprawl was both environmentally and financially unsustainable and to pay for its increasing costs, the budget for planning itself was decimated in order to pay the bonded indebtedness for more roads and schools.  To compound things, despite the passage of the Unified Development Code, there continues to be an overemphasis on PDs when compared to other cities, not to mention the problems related to a lack of a comprehensive plan for more than 30 years.

Finally, the lack of a design ethos can be seen all around the community, and hopefully, the transition team understands the need for upping our game where urban design is concerned.

In its way, planning defines for us what the best version of Memphis can be and the principles that create it: 1) Developing inviting and accessible transit areas; 2) Ensuring connections; 3) Producing great, green streets; 4) Generating public open space; 5) Reinforcing walkability, bikeability and well-being; 6) Bridging the past and the future; 7) Nurturing neighborhood character; 8) Stimulating sustainability and innovation; 9) Improving equity and opportunity; and 10) Emphasizing early integration, simple processes and maintainable long-term solutions (thanks to Los Angeles Planning Department).

Most of all, we need a strategic framework that identifies where Memphis gets its biggest return on investment, notably providing a general map of the areas of  the city where municipal investments should be focused and aligning the annual City of Memphis Capital Improvements Project budget in compliance with the general map.   In this way, the strategic framework would not only guide CIP decisions, but also land use decisions (at least in a generalized way).

For instance, if a particular land use application involves sewer extensions, school overcrowding, and other public costs because of its location (which would likely be outside of one of the zones identified for high-intensity development in the generalized map and CIP budget), the planning staff would recommend rejection.  Ideally, individual OPD staff members would not work only on land use cases like they do today, but also on maintaining the strategic plan, which would help tie land use recommendations to it.

In considering the future of planning in Memphis and opportunities for higher impact, a good place to start is the Sustainable Shelby plan.  Its recommendations for creating great neighborhoods remain to be implemented, and they include two concepts that particularly deserve attention: the Great Neighborhood Score and neighborhood planners.

The great Neighborhood Score is a matrix that would be used to grade zoning applications and public investments.  It would be a blend of key factors such as walkability, neighborhood completeness, quality and availability of open space, the ability to age in place, transit accessibility, a mix of uses so people can live, work, and shop in their neighborhoods, and fiscal impact to produce strong neighborhoods of lasting value.

The Great Neighborhood Score would mean that citizens – and elected officials – have an easy-to-understand way to measure the impact of development proposals on neighborhoods and to hold politicians accountable.  Within that context, it would be clearer what the impact of development could be within the overall public good from an economic, environmental, and social capital point of view.  With the Score, every neighborhood would have a clear understanding about whether a zoning change, development, public investment, and more would have a positive, negative, or neutral impact on their neighborhood.

All in all, planning in Memphis deserves a rebirth of importance, because as Sarah Newstok, former director of Livable Memphis, said well in her sidebar in Sustainable Shelby, “Shared values are always sustainable.”

“Livability won’t just happen,” she said.  “It needs to be planned.” 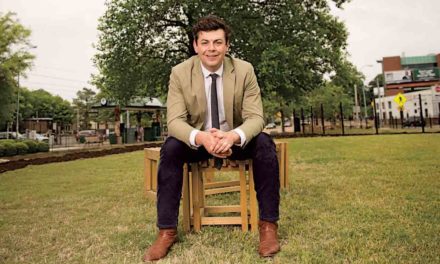