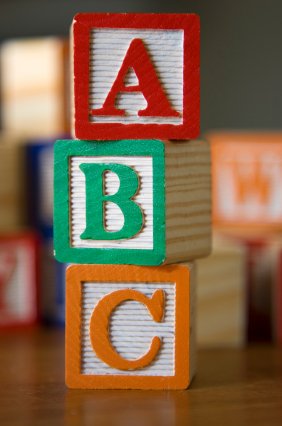 So much of the success – or the difficulties – of our students in the classroom is set in place by developmental experiences in the first years of their lives.

And often, the factors that influence whether children succeed are things that many of us simply take for granted.  That is certainly the case when it comes to a child’s ability to develop language, an inseparable part of learning, developing social relationships, and succeeding in school and in life.

We’ve compared children’s brains in the first years of their lives to sponges.  There’s no greater proof than how in those years, the 40 sounds that babies can make become an average of 300 spoken words by two years old and complete sentences using an average of 1,000 words by the age of three.  There are few things in our lives as miraculous as watching a baby’s da-da-da becomes car, monkey, and gimme, and then turn into I’m sleepy, I want a dessert, and I love you.

As one mother joked about her toddler: “At first, we didn’t think he would ever talk, and now, we don’t know if he’ll ever stop.”  And yet, her child’s joy in using words and building his language is evidence of effective parenting and child care and sets a strong, positive course for his future.

To build this linguistic scaffolding for our children, Urban Child Institute Fellow Hank Herrod encourages parents to start with the “rule of five,” because using five words to answer a question or explain the world helps build language, literacy, and academic success.  As he puts it, “skills beget skills.”

In early childhood, the brain is “plastic,” opening up and changing dramatically in response to environment and experiences as new skills are learned.  It is such a remarkable neurological event in our lives that neuroscientists are now working to determine if there is a way to reawaken that young, perceptive brain later in life with ramifications that range all the way from learning more easily to play a musical instrument to addressing autism.

In the early childhood, brains are absorbing everything in their environments, particularly when it comes to language in tone, syntax, vocabulary, and use.  Unfortunately, language development is not a level playing field for every child.

It does not mean that parents coping with the daily challenges of poverty do not talk to their children or that middle class families care less about their children than professionals.  Rather, it speaks to the pressures in their lives and the demands on their time.

And yet, the fact remains: language skills are directly related to the number of words and the complex conversations children have with others.  Research indicates the high correlation between the size of a vocabulary of a three-year-old and test scores when they are nine or 10 years old in the areas of vocabulary, syntax, and reading comprehension.  If a child is rarely read to, sung to, or talked to, he is likely to have language delays.  It’s why early childhood programs like Head Start are so important in Memphis.

There is nothing more important to the future of our community than giving every child her best opportunity for optimal brain development and social and emotional development, and language development is a linchpin for both.

In other words, the language development of our youngest children right now will influence whether…

* Shelby County Schools achieves its goal of becoming a model of urban education,

* If the Workforce Investment Network will have the skilled workers that Memphis needs to compete for jobs,

* If Memphis will become a center for start-ups and minority businesses,

* If the Greater Memphis Chamber reaches its goal of creating more middle-income families, and

* If Leadership Memphis is successful in increasing the number of Memphians with college degrees.

Our community can achieve these goals, but it needs an equal measure of patience and focus.  We won’t know how we did for more than a decade, but we won’t get there unless we stay the course, resist a culture that looks for short-term magic answers, and insist on the sustained effort that produces the biggest return on our investment: the futures of our children.

This was previously published as a Perceptions commentary by The Urban Child Institute.

So, Who Can Vouch For The Vouchers?

Memphis, Losing The Race for Talent: The Discussion Continues