There becomes a time when the powerless rise up to demand power over decisions about their lives and when the voiceless speak with a volume that demands attention to the problems that confront them each day.

For us, that is the lesson of Baltimore, and it is a cautionary tale for cities with similar problems, including Memphis.  It is tempting to say that Memphis is just too much different from Baltimore (although some of the metrics are similar) and that it is impossible to imagine a scenario in which people’s long suppressed anger and frustration about their neighborhoods’ concentrated poverty and neglect could flare onto our newspapers’ front pages.

Despite commentaries about a post-racial America and the milestones often cited by some pundits to overstate the case (particularly President Obama in the White House and African-Americans elected at record numbers to manage major cities), too many major American cities are characterized by a permanent underclass; lack of opportunities, particularly for young African-American men; and a brand of poverty that a wide range of programs seems unable to penetrate.

Following the 1967 U.S. riots, President Lyndon Johnson appointed the National Advisory Commission on Civil Disorders, commonly known as the Kerner Commission, which was tasked with explaining the sparks that set off riots in a number of American cities.  The report famously concluded: “The press has too long basked in a white world looking out of it, if at all, with white men’s eyes and white perspective…Our nation is moving toward two societies, one black, one white—separate and unequal.”

The debate now is often whether those two societies are defined more by race or by class, but the truth is that today, the two are inexorably connected.  The de facto segregation decried by the Kerner Report has now been institutionalized, and there’s with strong evidence of it in the Memphis MSA, which leads the nation in economic segregation.  In particular, the Kerner Commission spotlighted the problem of poor housing, the need for more jobs, and the lack of police forces with the cultural sensitivity needed for better relationships with diverse neighborhoods.

For many neighborhoods, the ensuing 48 years have done little to change them, and today, many have more in common with the Third World than the rest of the United States.  As a result, the blight, poverty, and neglect found in Baltimore can be found in many urban areas where they continue to defy solutions.

Large cities, particularly those that have undergone serious deindustrialization, ignore the lessons of Baltimore at their peril, lessons that call for citizen engagement to be more than a talking point for politicians, but a serious way for people to influence decisions affecting their lives and the future of their neighborhoods.

The lessons also call for programs to ensure that police officers and grassroots leaders know each other face-to-face and are communicating honestly and often as they pursue ways for working together to reduce crime without sacrificing civil liberties in the process.

But, in the end, there’s no argument that the most effective antidotes to disenchantment and protests are the obvious ones: programs to attack the root causes of problems that can improve the lives of people who are often overlooked because the depth of their challenges defy easy answers and whose complexities discourage short-term improvement.

The good news is that there are a number of initiatives in Memphis that are under way and that offer evidence that perhaps Memphis is indeed different.  Memphis Police Department’s community policing outreach programs are producing positive results and Director Toney Armstrong has strong neighborhood connections, although some policy makers have concerns about training, lowered qualifications, and question the sensitivity when a large percentage of Memphis officers live outside Memphis.

Greater Memphis Chamber has set reduced poverty and an increased middle class as priorities, and the business group has never been as outspoken in its determination to make a difference; however, it may not yet comprehend the full depth of the challenge.  For example, the median household income for the bottom one-fifth of Memphis families could double and they would still be living below the poverty line.  Even if their incomes were increased to $5,000 above the poverty line, they are still a long way from reaching middle class.

City of Memphis has embarked on a unique plan to reduce poverty by 10 points in 10 years, which would mean that about 64,500 people would be moved out of poverty.  The program focuses on increasing the job rate, lowering daily living expenses, providing better access to jobs, and better job training.  A recent meeting between Memphis Mayor A C Wharton and  Tennessee Governor Bill Haslam and his commissioners resulted in the state’s pledge of help.

But best of all, there are dozens of programs operating below the power structure that are yielding encouraging results and involving thousands of people in attacking the web of problems connected to concentrated multi-generational poverty.  That’s not to say that some business, religious, and community leaders bear some of the blame for policies, actions, and decisions that laid foundations for systemic inequity.

The best news is that everyone is clear-eyed about the degree of difficulty that they face.   Research shows that today, 70 percent of the people living in poverty remain there and never reach the middle class, that there is no greater determinant for a person’s future than the family that person is born into, and that racial segregation, more than median income, affects neighborhoods, including schools, personal security, employment networks, and access to public resources.

It is within this harsh reality that about one of every two children in Memphis lives, and their lives often tell them that they are not valued by the city in which they live, and it gives birth to a pervasive hopelessness and sense of futility that sometimes spill over into videos used by the news media to drive ratings rather than illumination about the problems facing poor teens.

That’s the biggest lesson about Baltimore.  Almost anyone who has been there in the past 15 years could attest to the fact that its problems, despite the glossy image projected by the Inner Harbor, were deep, engrained, and festering.   It’s a city where The Wire alone should have been a wake-up call for its city officials, and it left most of us were unsurprised when we heard that Baltimore had erupted into violence in the wake of the murder of Freddie Gray.

It’s not that the flare-up was inevitable, but it was all too clear that all the ingredients were there for something serious to happen.  Despite nationally respected mayoral leadership, none of the programs in school reform, new homebuilding, new job training, and new health care centers brought about the dramatic change they sought although the poverty rate in the epicenter of the protests dropped by 4.4 percent and owner-occupied housing climbed 8.3 percent.  More than anything, it proves that the fight to correct these issues is always complicated, regularly confusing, and sometimes contradictory.

To that point, despite all the programs targeting problems in the Sandtown-Winchester area of Baltimore, it still mirrored conditions found in numerous Memphis neighborhoods: absence of jobs in the neighborhood, lack of neighborhood businesses like grocery stores and restaurants, need for more early childhood and after-school enrichment programs, and too much crime and unemployment.

Because his words remain true in so many American cities, and his concerns remain real in the lives of more than 150,000 Memphians, no one here can be cavalier enough to say that what happened in Baltimore cannot happen here.

Last year, the city government of Minneapolis adopted formal strategic goals for a proposed “racial equity framework”: racial inequities are addressed and eliminated; equitable systems and policies lead to a high quality of life for all; focus on areas of greatest need and seize promising opportunities; the workforce is diverse, well-educated and equipped with in-demand skills; engaged and talented employees reflect our diverse community, and residents are informed, see themselves represented in city government and have the opportunity to influence decision-making.

Minneapolis’ program follows the work by Seattle’s 10-year-old Race and Social Justice Initiative and Portland’s four-year-old Office of Equity and Human Rights.  Both are setting concrete goals for measuring progress, and while it’s not easy to translate goals into actions, the first step for any city is in saying it’s a priority.

In this regard, Portland says it well: “Equity is when everyone has access to the opportunities necessary to satisfy their essential needs, advance their well-being and achieve their full potential. We have a shared fate as individuals within a community and as communities within society. All communities need the ability to shape their own present and future. Equity is both the means to healthy communities and an end that benefits us all.” 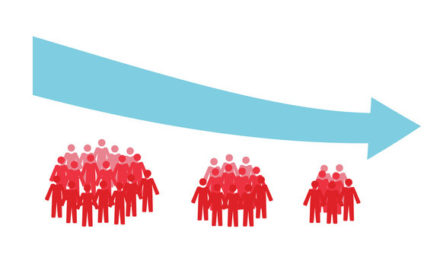