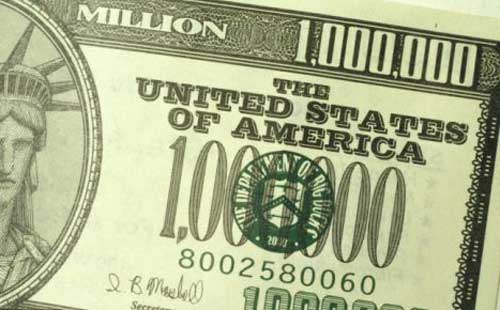 We are awash in opinions, spin, arguments and counter arguments, and justifications regarding the PILOT program and its $75-85 million in tax abatements, but we are marooned when it comes to facts.

The current program is a lightning rod for criticism which has only intensified as a result of tight city and county budgets, warnings by the Tennessee comptroller about their overuse here,  a Good Jobs First report attacking the program, and previous criticisms in Forbes magazine,  a report by economists at George Mason University, and a study conducted by consultants hired by Memphis and Shelby County.

That’s why it seems like the perfect time for Memphis and Shelby County Governments to commission a serious, definitive, unbiased study of the program to put to rest the questions that will continue to swirl around the program until opinions are replaced with facts and we end what is essentially a battle of talking points with little research on the national context, data that are unbiased, and analyses that are made in a scholarly way.

We have been clear on our point of view – we believe we need fewer tax freezes more strategically focused on high-value industries and knowledge economy jobs and to ensure that incentives aren’t merely entitlements which make our regressive tax structure even more regressive by shifting more of the tax burden to small businesses and homeowners.

The Back and Forth

There are some who advocate for outright abolition of tax freezes, complaining about the lack of checks and balances, lack of discipline when it comes to clawback measures and reporting by companies.  They cite the growing budget crisis for City of Memphis and question why, if all the impact studies show that the PILOTs have produced more than $500 million in public revenue recent years, government budgets don’t reflect increases in revenue.

Then, there are the economic development officials who are adamant about the benefits of the program, stating that it is their professional opinion that tax waivers are Memphis’s only serious weapon when it comes to competing for new jobs and companies, that the tax freezes are needed to combat what is essentially an economic development plan for Mississippi that is all about raiding Memphis companies, and that PILOT projects produce tax revenues that more than offset the taxes waived by the freezes.

Shelby County Trustee David Lenoir has said that his report on PILOTs focuses only on county revenues, and his May, 2014, report said that the waived county taxes amount to $42.6 million for 506 contracts with Memphis and Shelby County Industrial Development Board (EDGE); Downtown Memphis Commission; Health, Education and Housing Facilities Boards, and Industrial Development Boards for the cities other than Memphis.

Based on Mr. Lenoir’s statement, a reasonable estimate of the total city and county taxes that are presently being waived is $75-85 million.  That is a decrease of about $10 million since December.

Soon, Memphis City Council will hold another hearing on the PILOT program, but we predict that once again, it will be largely irrelevant because it will center on dueling opinions and an abundance of opinions and a paucity of facts.  Because of the years and years of controversy surrounding the tax freeze program, it’s past time for city and county leaders to take action to produce the facts on which smart decisions can be made and which could garner public confidence for a program that is now suspected by some to be tilted toward politically-connected advocates of the program.

So, if such a definitive report were undertaken, the following are some questions that need to be answered:

It is said that every city is doing what we’re doing.  What exactly is the national context for cities’ business incentives?  What precisely are they doing? How many are waiving taxes similar to Memphis and Shelby County? Do any of them waive as many taxes as we do here?

It is often said that Memphis is unique in its competitive challenges because the MSA has two other states.  Twenty of the largest 50 metros also include at least two states.  How does the largest city handle economic recruitment and have they been successful in putting regional strategies in place?

What kind of competitive disadvantage results from Tennessee not having an income tax?  Should we, as part of our legislative strategy, be lobbying for an income tax?

Does any other city grant tax freezes to companies that have already received one that is expiring (similar to International Paper getting another 15-year tax freezes on top of its previous 15-year one)?

When the tax freezes were created, it was said that they would be a stop-gap policy used until Memphis and Shelby County could recruit jobs on the basis of quality rather than cheapness.  What is the plan to get to that point?

Should Memphis and Shelby County provide tax waivers to distribution companies which should recognize the benefits of being adjacent and accessible to FedEx?  At what point can we stop offering incentives for these low-wage jobs?

What are distribution operations in our community doing to avoid providing a living wage and benefits set as PILOT requirements?  How pervasive is the practice of hiring temporary workers and releasing them to prevent the legal requirements of fulltime employees?

What is the business incentives cost per job for each PILOT?

Is Tax Increment Financing a fairer incentive than PILOTs?

How can we create meaningful and significant incentives for small businesses and start-ups?

Should Shelby County Government’s waived taxes exclude any funds that would otherwise have gone to schools (about $10 million a year now)?

PILOTs are said to have created $568 million in new revenues for government.  Can we identify those additional revenues in city and county budgets?

It is often said that Memphis and Shelby County rely on PILOTs because of our workforce issues.  When will we have a workforce development plan that addresses this problem?

What methodology should be used for PILOT economic impact studies?  Are there factors that should be included in the current calculations such as the cost of public services used by companies but paid by others in their taxes?

Did the policy of giving tax freezes for companies to keep jobs in Memphis and Shelby County make the threats of moving to Mississippi pro forma?  What is the process for determining if the threats are real?

How can PILOTs be aligned to Metropolitan Business Plan and Greater Memphis Chamber’s “moon missions”?

Can PILOT recipients be required to contribute to Transportation Management Association to ensure that public transit connects urban workers to jobs?

What evaluation processes are used to determine incentives in other cities?  Has any PILOT application not resulted in a positive conclusion?

The Memphis region has lost jobs for a decade despite the PILOT program.  What would a fuller toolkit for business incentives look like?  Can we collaborate with other major Tennessee cities for a better toolkit?

If about 75% of the jobs and 80% of the earnings are in Shelby County, are we overly obsessed with DeSoto County?

If a company is not viable enough to pay decent salaries and provide basic benefits, is it in the public interest of Memphis and Shelby County taxpayers to subsidize them? What economic sectors and industries are being targeted in other cities?

Looking To The Future

Often our current economic development strategies seem to be akin to fishing downstream.  What could we do to move upstream where we can compete for the really big fish?

What can we do to compete with other regions of the U.S. rather than spending so much energy competing w­­ithin our region?

The former head of Nashville’s economic development office said, “Incentives should incentivize. Once it becomes an entitlement, it’s no longer an incentive.”  Have our tax waivers become an entitlement and if they are, how we can we change the process?

Those are just a few of the questions that we believe need answers rather than hyperbole and vague arguments from all sides.  It’s past time to resolve the questions by making the effort to get the facts, to establish the national context, and to consider the elements that should make up an effective, future-looking packet of business incentives.

We hope Memphis City Council will take a firm step in that direction.