What To Do To Get Involved and Move Memphis Ahead #3 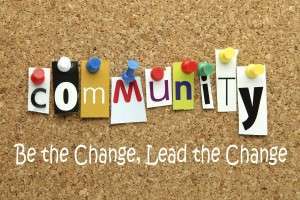 This is continued from our two previous posts this week.

After a recent post, Wake-up Calls for Economic Growth Demand Action, we received the following question from a reader, and because it is one receive fairly regularly, we asked a few friends of ours to answer it.  Here’s the question and it’s followed by the recommendations :

I’ve read several similar articles recently about Memphis, and it has made me want to do more to get involved.  I’m a transplant to Memphis from the Mid West, and am a fairly highly educated (MBA) professional.  I moved to Memphis out of college for a job, then out of Memphis for work, and chose to seek a job back that brought me back to Memphis.  I’d like to get involved and look into how we can make Memphis a city that attracts more young, educated professionals, but I have no idea where to start.  What are the best ways to get involved in moving the city forward?

Last season after a thrilling comeback defeat of the Golden State Warriors, Rudy Gay famously said in a postgame interview: “Remember, kids, make your own luck.” For our circle of friends, that’s been sort of a mantra (along with a lot of other beautifully on-brand gems that the Grizzlies say from time to time). Having lived here for almost eight years, I feel like one of the city’s defining paradoxes is the question of access and accessibility that young professionals have.

The allegations and criticism from so many people that Memphis is a perpetual good-old-boys network is not necessarily misplaced. But my experience has been so unique and unusual and crazily lucky — I had lived here for only four years before I got a policy job in the Mayor’s office, for crying out loud (and for that matter, in how many other major American cities can you reliably interact with the Mayor at his gym, coffee shop, or grocery store on weekly basis?).

The good-old-boys criticism festers among those who believe — falsely — that other cities offer some greater number of opportunities or depth of experience to young people. It’s a fascinating thing that I hear all the time from frustrated 20 and 30-somethings. “Real cities like Portland or Denver or Austin or Nashville or Atlanta or Los Angeles or etc etc. really value and understand young people.” The grass is always greener and all that, and I think it’s easier for some people to believe in another city’s marketing materials than confront their own cynicism and inertia. But I digress.

So, to your question, my big advice is pretty facile: SHOW UP. Find a non-profit with a mission that moves you and ask how you can volunteer. If there are no volunteer opportunities immediately available, ask to take the executive director or other staff out for a drink so you can ask them more about their mission; 99% of the time, a new volunteer opportunity (or in some cases, a job offer) will emanate from these kinds of creative conversations.

This advice is doubly true of political involvement. I say this with practically no regard to a person’s individual political leanings. With our divided city/county governments and odd-year elections, there are a LOT of campaigns happening almost every year in the community. Pick up a paper, read about the races, find a candidate who shares your views, and just start showing up at his/her campaign office. If you can speak in coherent sentences and especially if you have your own car, there are a multitude of positions for which you can take immediate and meaningful responsibility, be it registering voters, managing a phonebank, taking care of paperwork, advancing appearances for the candidate, etc. Well-managed political campaigns, even at (especially at?) the local level work like great pyramid schemes were people are always trying to organize themselves out of a job and up the ladder of influence. If you have any competency and luck whatsoever, you’ll advance  Between 2007 and and 2009, I volunteered on a city council campaign and a national campaign, and was then hired to work on Mayor Wharton’s campaign, and the rest is history. Taken together, those three experiences taught me an unbelievable amount myself (time management skills, ability to relate to others, work ethic, etc.) and the city of Memphis (demographics and political predilections of of various neighborhoods, inner workings of the local media, etc.) than anything else possibly could have.

The most important element of this advice is to not overthink something before you decide to get involved. You don’t need to know the board  of directors or the entire 5 year strategic plan. You don’t even need to believe that your efforts will lead somewhere specific. And you certainly should NOT fall victim to the curse of thinking that the City of Memphis, or any of its neighborhoods or population groups, or problems waiting for you to solve them. Our city is not your project. Just be present, open, and eager to help. Show up with no agenda except to be helpful, and enjoy what happens.

When people form connections to a city, what they are really forming are connections to one another. THAT is the sense of community and empowerment and belonging that young people are craving, and there’s really no big secret to it or substitute for it.