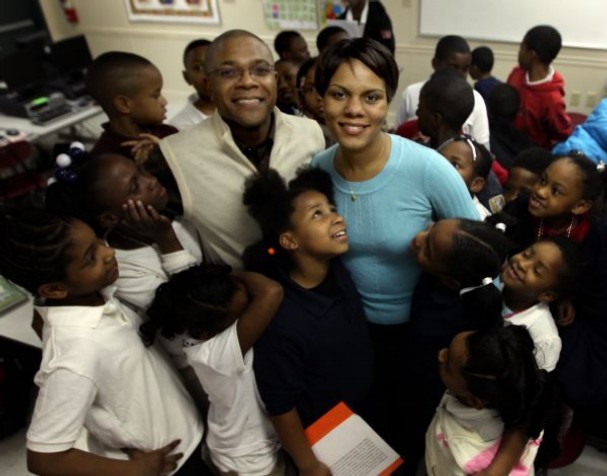 have routes through them that allow drivers to convince themselves that all is well.

In post-Katrina New Orleans, driving St. Charles Avenue or Magazine Street to the French Quarter, it was possible to imagine that the Big Easy was doing just fine – as long as you didn’t veer toward lower ground.

Here, driving Poplar Avenue and Union Avenue to downtown allows east-west Memphis largely to shield itself from the far different realities of north-south Memphis. In truth, Memphis was never the urban version of Pangaea but there was a time in the 1960s when city neighborhoods were more familiar with each other and more connected.

Today, it’s an unusual person living on the east-west axis that has seen firsthand the challenges facing large sections of North Memphis and South Memphis. These are areas where urban decline has taken its toll and where crime and blight are common for families living in what Memphis Mayor Wharton calls the sea – or more accurately, the “C” of poverty – that roughly approximates the letter of the alphabet through North Memphis, then east of downtown, and then through South Memphis.

In these areas, full-time jobs are the exception, densities are less than half of what they were in 1970, and people die young. The majority of children are born to single mothers and about half of these children live in grinding poverty and will drop out of school.

It’s hard to blame anyone for avoiding the neighborhoods, and yet, some of the most inspirational stories are being written there as residents take charge of their own futures with the help of a profusion of new organizations.

Eric Robertson heads up one of them, Community LIFT, which is concentrating its work in Frayser, Binghampton, and Upper South Memphis. His premise is that all neighborhoods have assets to build on, and one of the most valuable is “an organization or someone who’s doing good work and championing good.”

In the Gaston Park neighborhood in South Memphis, that asset is Marlon T. Foster, a Lemoyne-Owen College and Memphis Theological Seminary graduate who returned to his childhood neighborhood to start a community development organization in 1998 and has garnered national recognition all the way to the White House. Knowledge Quest has after school programs for pre-K-12, a teen academy, and an organic learning farm, and it has them in an area – with some of the city’s highest dropout, teenage pregnancy, and poverty rates – that much of Memphis writes off.

In Foster’s world, however, anything is possible – one child at a time. “Love and respect go out and they come back,” he says in summing up his success. “We walk the neighborhood and engage its people to have relationships where people live. For us, it’s our neighborhood, and we are focusing on the cradle to career continuum. We’re not schools and we’re not family but we are looking at how we can support schools, family, and community.”

Of the 1,500 students who attend schools in the area, 500 of them come to Knowledge Quest from 2 to 6 p.m. daily for programs supported and sponsored by organizations as varied as local foundations, Carnival Memphis, and Bellevue Baptist Church. “If a student says, ‘I want to be an artist,’ Knowledge Quest wants to do whatever it takes to help make it happen,” said Foster, whose creative writing and expression club of third graders is authoring books and scheduling book signings for them. Across the street from the classrooms, the overgrown lot has become an organic garden whose produce is consumed by its farmers or sold at South Memphis Farmer’s Market.

These days, Foster worries about a time when city services like the library and community center are closed in Gaston Park. Already, he’s raised money for equipment for the community center and arts organizations like Ballet Memphis are donating time to inspire children there. He’s also considering ways that he can join hands with Memphis Public Library and Public Information Center to ensure that Gaston Park library stays open.

“City government has the resources and we have the relationships,” he said. “The question is how can we leverage both for innovation and find ways for the community center and library to be ‘service anchors’ for the neighborhood.”

As Foster considers new partnerships, city and county governments need their own. City government’s community center and library and Shelby County’s Head Start center are all connected in the same building, but chained doors prevent children from moving between them.

Behavior, Bicycles, and the Best Intentions