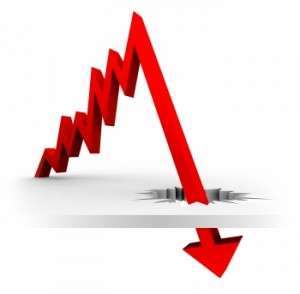 So, faced with these brutal facts of life and the need for dramatic action, the priorities of the Memphis and Shelby County Office of Economic Development seem strange to the extreme.  Its pressing concern is how it can move up higher in the city and county organizational structure.  This was the substance of the plea made by the office’s executive director last week to the Shelby County Board of Commissioners.

If there is a poster child for a public agency that routinely takes its eye off the ball, the Office of Economic Development appears primed for that distinction.  It produced a surreal moment last week when elected officials, anxious to create more economic activity and reverse the spiraling jobs trend line, weren’t told about the realities of the restructuring of the global economy but the need for the restructuring of the office in the city and county hierarchy.

It would have been laughable except for the seriousness projected by the office’s executive director.

Inside Memphis and Shelby County Government, it is not only verboten to bypass the chief administrative officers, but it is often a self-destructive exercise as well. A couple of weeks ago, City of Memphis Chief Administrative Officer George Little was summoned to a Shelby County Board of Commissioners meeting to respond to questions about the economic development office based on information supplied by its executive director.

Last week, Shelby County Chief Administrative Officer Jim Huntzicker appeared similarly surprised when the office’s executive director again took his case to the county legislative body.  He told commissioners that because his office is part of the Division of Planning and Development, along with other agencies like the Memphis Landmarks Commission, his office cannot operate at its best.  He also called for his office to become a division (rather than a department) where he could be a peer with city and county elected officials.

As anyone familiar with the inner workings of government knows, an office’s location within the org chart is largely irrelevant.  The lesson was clear when someone as gifted in economic development as Dexter Muller was head of the office.  He possessed the credibility and the latitude to take his case to the mayors whenever it was necessary.  In other words, it’s not so much where your office is as to whether you have the equity to break through when necessary.

According to one commissioner in the meeting, the suggestion for new organizational placement seemed more anchored in ego and perks than evidence and performance.

But all of this is just so much back story.  The real story is that Mayor Wharton, with his transition team and with his subsequent comments, is giving serious consideration to dramatic changes in the office of economic development.  We can’t imagine that the track record of the office in recent years isn’t cause for concern, and its one-note economic development philosophy – “we need more tax freezes and more money to give away” – seems stuck in an old school approach to the new economy.

The truth is that success isn’t about the organizational chart or about processing more PILOT requests.  If we’re going to have a city-county economic development office, it should at least be focused on the right objectives and act as a force for new thinking about economic growth.

If Memphis and Shelby County are to have an economic development office, why shouldn’t it be supplying its bosses with an innovative plan to encourage and help entrepreneurs, particularly African-American ones?  The office is long on tactics and short on vision and long on anecdotes and short on research.

“The key implication for policymakers concerned about restarting America’s job engine, therefore, is to begin paying more attention to removing roadblocks to entrepreneurs who will lead us out of our current pessimism about jobs and sustain economic expansions over the long run,” said a report by the Kaufmann Foundation earlier this year.  Despite the regularity of these kinds of reports about the importance of start-ups, it’s hard to see any evidence that their advice is being heeded by anyone in economic development leadership.

It also should be a wake-up call that the economic strategies and programs that we’ve been using have us in a race to the bottom.

Put another way, we have lost 1.5 jobs a day for the past nine years.

It seems nearly impossible to comprehend, but employment here has been stagnant for a decade, and it’s a testament to our stability that our losses haven’t been larger.  About 77% of the metro’s jobs are in Shelby County and most of these are in Memphis.

No Growth for 15 Years

It’s said that we may be in the midst of a jobless recovery and it may be five years before jobs growth cranks up again.  In other words, we may have 15-20 years that are essentially no growth in the Memphis region.  The out-migration of talent will continue, and as we wrote last week, in 10 years, Shelby County lost about 48,000people and $1.9 billion in income.

Any of this would be cause enough for alarm and cause enough for a new look at what we’ve been doing to recruit and create jobs.  Clearly, what we’re doing isn’t working and in the midst of this track record of failure, the best recommendation that the Memphis and Shelby County Office of Economic Development can give us is that it needs to be moved in the organizational chart.

That alone says volumes about our economic development problems.

Triumph of the Entrepreneurial City