What began in the 1990s as a trend evolved toward a movement that has become commonplace in government organizations: the adoption and implementation of so-called “best practices” as a method for improving organizational performance.

The problem with best practices is that they often merely masquerade as innovation. In the wrong hands, they become a shield to deflect critics, as though one can expect to be granted management immunity by proclaiming the use of supposedly tried-and-proven solutions. But a cut-and-paste approach to better government is emblematic of status-quo thinking, the “we’ve-always-done-it-that-way” mindset that serves as a powerful deterrent to meaningful change.

That, in turn, is a reflection of the feeling among many in the public sector that government is extremely risk-averse and has little tolerance for mistakes. But that is an illusion. It is the drag of old mental models that really impairs progress and innovation in the public sector–the fear of trying anything new unless it is something borrowed from another agency or jurisdiction that has been declared to be a best practice.

You don’t have to look far in government to see the damage that a reliance on best practices can do to an organization. Cautionary tales abound of leaders who decided to adopt a set of best practices, only to find that those initiatives not only did not bring the hoped-for results but also produced inertia–their organizations became stale and ineffective. Best practices too often are the enemy of innovation.

Progressive leaders recognize that extrapolating from trends to understand where government is heading is fundamental to genuine innovation. As the hockey star Wayne Gretzky put it, “I skate to where the puck is going to be, not where it’s been.” That’s why we’re seeing a pivot among the most effective leaders away from best practices and toward what are called “next practices.” Best practices are typically about today, while next practices are about tomorrow.

The search for next practices requires a heavy emphasis on aggregating information from all sectors–public, private and nonprofit–and really analyzing it, seeking to discover where it all converges and transitions from a trend to an opportunity. What impact, for example, will the explosion of social media have on citizen engagement? Is the consolidation of E-911 services among agencies temporary or part of a larger movement? Has the crest of technology arrived in government financial operations, and if so what are the implications of that for the future?

Looking for answers to questions like those, Michael Wilkes, the city manager of Olathe, Kan., began utilizing the Balanced Scorecard approach to improving his city’s operations and performance almost 10 years ago. This management device has proven to be essential for Wilkes and his team as they plan and then monitor progress toward desired results.

Likewise, the city of Brookings, S.D., under the leadership of City Manager Jeff Weldon, recently adopted the Lean process-improvement approach to increasing organizational effectiveness. Weldon and his team are relentless in the pursuit of continuous improvement, and the adoption of Lean bridges the transition from an idea to a discipline.

To move forward toward better government, leaders must be catalysts for change, recognizing that “doing things differently and doing different things” are prerequisites for creating a climate that can penetrate a risk-averse culture that limits innovative thinking.

Peter Drucker, the influential management consultant and author, once said that the best opportunities are “visible, but not seen.” Next practices are all about imagining what the future will look like, identifying the mega-opportunities that will arise and building the capabilities to capitalize on them. 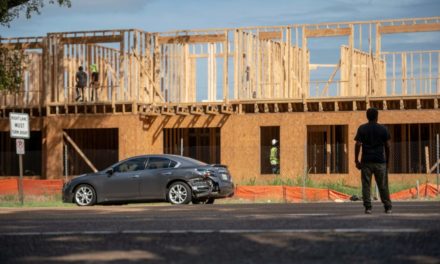 Power To The People Not Only Comes From TVA