Nashville Hits Right Notes To Be Heard In Memphis 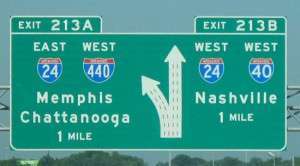 If Memphis’s lack of self-worth and the tendency by too many people here to see nothing good in their own hometown, the decision by The Commercial Appeal to cover a story in the New York Times that covered Nashville as a new “it city” pioneered new territory.

Why Memphians get all emotional, either negatively or positively, about Nashville’s success is one of our city’s most curious peculiarities, and we presume our daily newspaper’s decision to put it front and center ratchets it up to a level unseen before.  We do know that it led to a lot of head-shaking around the water coolers around town.

Then again, if The Commercial Appeal wanted to make its biggest contribution to our community, it would follow the example of the newspapers which require readers to post comments using their own name.  But we digress.

We admit early on that we’ve never really “gotten” Nashville.  It’s too white bread, too derivative, and too slick by half, but what we do like about Nashville is that it doesn’t spend much time worrying about any other cities.  Its leaders have simply set out to amplify and leverage its assets, to market them aggressively, to sell itself based on quality rather than cheapness, and to take full advantage of the presence of its huge employment of government (16.4% compared to Memphis’s 2.2%) and a major U.S. research university.

One of the things that do distinguish Nashville is whenever its leaders are considering its park system, its main library, its waterfront, its minority business program, or its heritage museums, they begin with the question: How can we make it the best in the country?  At the same time, Memphis begins too many of these discussions with the question: What’s the cheapest way we can do this?

It’s an ambition that drives Nashville to strive, to stretch, and to achieve so much in the past 15 years.  Too often, here, many conversations feel like cop-outs: We’re too poor, we’re too black, we’ve got one government too many, we are on two state lines, nobody has the problems we do, and we are just so different that we can’t do what Portland did, or Charlotte, or for that matter, Nashville.

Maybe those overachievers who put those “attitude is everything” signs on their desks are right, or perhaps, they have simply been handed out for desks all over Nashville.  At a time when we talk here about learning from other cities, we could do a lot worse than looking up I-40 to see what we can learn from a city with an attitude.

In fact, while successful cities always offer valuable lessons for urbanists, Nashville operates with the same laws and with the same tax system that we do, so perhaps there are no city’s lessons that are more useful.

As we wrote last week, any city that is serious about its future has to be serious about talent, and Memphis should be deeply concerned about the way that it is languishing on the bottom rungs of pivotal talent indicators.

We won’t belabor the point about talent again, but if you’re looking for a main driver of Nashville’s economy, you need to look no farther than Memphis’s ranking among the 51 largest metros: #49 in college attainment, #51 in creative professionals, and #46 in 25-34 year-old, college educated workers.   The rankings for Nashville are #28, #44, and #20.

Besides talent, there are other key differences that suggest what our economic development priorities should be:

We can’t think of an agenda that could produce more transformative changes than these  priorities – talent, venture capital, entrepreneurship, small businesses, poverty, and economic integration.

There no objective reading of Memphis’s key measurements that doesn’t identify poverty as the overriding challenge facing Memphis.   We are at or near the top of families headed by single parents, adults caring for grandchildren, children under 18, homes with negative equity, percentage of income spent on housing and transportation, adults without high school degrees, crime, and children and families in poverty.

If moral reasons alone aren’t enough, poverty creates a structural drag on Memphis’s economy that makes it in every person’s self-interest to focus all of our community’s resources and energies on reducing it.

So what lessons do we think that Memphis should learn from our capital city?

Lesson #1: Don’t sell your city at a discount.

Nashville decided early on to use tax freezes strategically and sparingly, reserving them largely for company headquarters.  While our community granted 415 tax freezes over 10 years to convince businesses to come here, Nashville handed out five.  In other words, its winning strategy was to tell companies that they were fortunate to expand or relocate to a city committed to a vibrant business environment and to offering a workforce prepared to compete in the global economy.  While we were selling our city for its cheapness, Nashville embarked on a program to sell its city for its quality and to back that up with the investments and strategies to make it happen.

Some credit Nashville’s burst of success to the power of consolidated government, but the truth is that it’s more about leadership than structure.  After all, cities succeed with all kinds of governance structures.  What really mattered most in Nashville is that it put together a string of leaders with one foot in the business community and one foot in politics. Most of all, Nashville business leaders drove a stake in the ground, saying what they demanded from their hometown leaders and then putting their money where their mouths were. As a result, in Nashville, there is the feeling that they can do anything and that they have to because they are a big league city.

Lesson #3: Shake off the past but build on heritage.

In some respects, Nashville has replicated the story of Atlanta, where strong corporate leadership and an engrained sense of civic commitment catapulted it from a sleepy Georgia city steeped in Confederate tradition to an economic dynamo that sucks up much of the young talent in the Southeast – especially African-American – and now gauges its success on international terms.   Nashville is not Nirvana.  There are racial issues, there is poverty, and there are failing schools, but rather than rehash the past and assess blame, Nashville’s instincts are to figure out what’s broken and put together impressive coalitions to fix it, all the while keeping one eye on what makes it authentic.  Most of all, while we often see our history as something negative, Nashville seems capable of finding the positive on which people can join hands.

Lessons #4: Nashville is honest with itself.

There’s a current of ambition and aspiration in Nashville that shapes every opportunity.  Given the chance to build a new main library, they selected one of America’s great architects and built it dead center in downtown Nashville.  It’s the sort of behavior that is common there.  The conversation is honest but it’s rarely self-destructive, because everyone there assumes when it begins that Nashville can show other cities like ours how it looks when it’s done right.  And the higher ambition drives higher actions.

It’s not a given that a capital city is necessarily successful.  There are capital cities that are lethargic and flat-lining.  But Nashville set political clout in state government as a priority and decided to support its mayors to such a degree that they would be statewide political figures.  It’s not a given that a capital city gets what it wants from the state government headquartered there, but over the years, Nashville has a highly successful record in creating the powerful coalitions that demand attention on Capitol Hill and produce results.  About 25 years ago, attorney Mike Cody spoke about the need for Memphis to get its act together and become a factor in state affairs.  The intervening years have proven how right he was.

Again, this is not to say that Nashville is perfect.  Far from it.  Memphis and Nashville essentially have the same Gross Metropolitan Product and earnings per job.

Nashville continues to lack the character that’s expected for a city that claims to be Music City USA.  Its urban design regularly fails to match its soaring rhetoric about quality of place.  Its sprawl continues to weaken the urban core (although there are some interesting developments under way in some inner city neighborhoods) and shows no signs of easing up.

But, mayors, wherever they are elected, should care about jobs, talent, and quality of place, and success in those categories covers over a lot of sins in the lives of cities.  That’s certainly the case in Nashville, but most of all, it stands as a reminder for what leadership, vision, self-confidence, and ambition can do here.