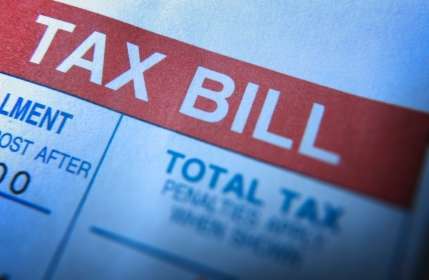 Four consecutive Shelby County Trustees since 2004 have been as eager as teenage suitors in romancing the City of Memphis for its delinquent property tax collections.

It appears that current Trustee David Lenoir has finally convinced city administration officials to get engaged, and now it’s up to the Memphis City Council to determine if the marriage takes place.

City Council’s budget committee approved the deal last week and the full City Council will vote on it December 18.  The Wharton Administration recommended that the city responsibility is turned over to the county trustee to increase collections, improve efficiencies, and abrogate the need for a new $2.7 million computer system.

The recommendation favoring Mr. Lenoir over private sector proposals seemed more than anything to be the result of the presence in the City of Memphis Attorney’s Office of his predecessor in the trustee’s office, Regina Morrison Newman, who had herself advanced a similar proposition.  From all appearances, there seems to be only a few more low hurdles for the proposal to clear, including information about the respective collection rates of the city treasurer and the county trustee and what technology issues remain to be resolved.

Presumably, with City Council approval, the Wharton Administration will begin hammering out the final contract with the Shelby County Trustee.  As it begins, we make a modest proposal: that the City of Memphis leverage this opportunity to create a “real” city-county process on tax sales and other blight-related issues that supports the city’s emphasis on neighborhood improvement.

There are 9,000 Memphis addresses where the electricity has been cut off for more than six months and 30 percent of them are apartments, and success in addressing the scope of the problem is hampered by a group of conscientious people who are so focused on their specific jobs that they overlook their overriding objective to eliminate blighted properties in Memphis.

It requires officials from public works, land banks, an environmental court, code enforcement, City Beautiful, the city attorney’s anti-blight initiative, and county trustee’s office to come together and to devise ways that they coordinate, collaborate, and communicate.  The trustee is a linchpin in what should be a process, but is often now a series of disconnected steps.

It is a hopelessly inefficient process that traps hundreds of properties in legal limbo. Because no one in the process often knows what anyone else is doing and the emphasis is more about collecting back taxes than building stronger neighborhoods, properties are kept out of circulation for five years as they move through the tax sale process. Even after the tax sale, what is missing is a process to convert blighted properties to productive use.

It takes the help of the Tennessee Legislature to correct the flaws in the system and create a new, streamlined tax foreclosure system that requires action within two to three years and to stop the irrational churning of some tax sales properties. That dependable, more efficient process should be coupled with a true Land Bank that serves as the single point of entry for every tax sale property and that has the power and the resources to circumvent the foreclosure process with the tools to assemble property, transfer it to nonprofit organizations, use it for community gardens and other “green uses,” manage an Adopt-a-Lot program, order demolition, and renovate houses at key locations.

What is needed as the foundation for all of this is a data base for all properties so that all the players in the war on blight have access to a comprehensive, up-to-date information to make sure the right hand knows what the left hand is doing.  Today, too much energy and time are spent tracking down official records about each property before action can be taken to improve them.

In this regard, more help is needed to make sure that Mayor Wharton’s series of anti-blight lawsuits through the Tennessee Neighborhood Preservation Act are supported with a system that is as efficient and effective as possible.

In 2007, the Legislature amended the Tennessee Neighborhood Preservation Act to allow civil causes of action to be brought against the owners of blighted property. Under the statute, blighted property meets one of eight criteria, including falling short of local codes or being a fire hazard, a dumping ground for trash or debris, or vermin-infested. Owners of nearby property can sue for the value lost to their homes. Organizations and businesses, as well as residents, can sue to force the owners to rehab the property.

Mayor Wharton hired Steve Barlow, former head of the University Neighborhoods Development Corporation, to begin filing hundreds of cases in a new, much-needed initiative.  More information about this plan can be seen in Mr. Barlow’s presentation in April to the 2012 West Tennessee Fair Housing Month Commemoration.

When he launched this program, Mayor Wharton described it as a “you can run but you can’t hide” approach by city government.  However, to make sure the process does in fact run, it needs to be quick and efficient.  There is a need for a better coordinated process and the understanding by everyone in it that success is ultimately defined by elimination of problem properties and better neighborhoods and this overrides collection of taxes on those properties.

It takes a major shift in thinking, but the payoff is a totally new way of dealing with foreclosed property and putting it to productive use by community development-minded agencies. In the end, the greatest enemy to blight reduction in Memphis is not the considerable legal complexities, but the temptation to stick with the status quo because that’s the way it’s always been done.

Mr. Lenoir has relentlessly pursued the tax collection business of City of Memphis, and he now has the opportunity to show his commitment to the priorities of Memphis by leading the development of a well-conceived problem properties process and program for Memphis.  A strong first step would be to reform and refine the tax sale process, and with the city’s property tax collection contract as the motivator, there’s no time like the present.

Delay & Delay, LLC, Have Ties To Memphis Through The Coalition To Build I-69