If the new plan to be undertaken by EDGE does not include the University of Memphis as a centerpiece, it is not really an economic development plan.  The university is the chief source of talent – college-educated workers – in this region, and the success of the university is critical to the success of our economy because of our low ranking among the 51 largest metros for college-educated 25-34 year-olds.  In addition, the new ED plan must address the potential of U of M research to create new jobs, new companies, and new opportunities and pursue aggressively the university’s idea for a virtual research park. 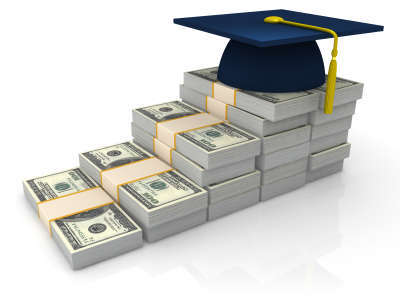 Memphis has to do a lot right at the same time if it is to succeed in an economy where winners and losers are often determined by talent and connectivity.

It’s the obstacle to connectivity caused by high airfares that led us to create the Facebook group, Delta Does Memphis, as a way to give voice to our concerns about the economic drag that the airfares are having on our economy.   In other words, at the time every city needs to connect seamlessly with the rest of the world, we have a major barrier to entry because our citizens are priced out of full participation in the global and even the national market.

But high airfares are not our only concern.  There is also the high (and getting higher) tuitions at University of Memphis.  At a time when cities’ success is defined by the presence of college-educated workers, the major source of that talent – U of M – is buffeted by climbing tuitions that prevent too many Memphians from access to the higher education they want – and that Memphis needs.

It was not too many years ago that tuition costs were one-third from students and two-thirds from state government .  Today, it’s been turned upside down, and it comes at a time when tuition for one semester at University of Memphis is $4,000.  At this point, there is no sign that the Haslam Administration will treat higher education any kinder than the Bredesen one did.

The Nose to Spite the Face

In the last three years of the Bredesen Administration, the budgets for schools in the Tennessee Board of Regents – which includes the U of M – were cut 25%, amounting to $186 million in reductions.  Universities were left reluctantly with no option but to shift the costs to students.   It was the height of political cynicism, and it all took place while the governor talked about improving the state’s economy.

The same “say one thing, do another” continues today with the Haslam Administration, which set economic development as a top priority and talks endlessly about creating entrepreneurship and economic growth, and yet, all the while it continues the decline in funding and the emphasis in priorities for higher education.

David Cox, executive assistant to University of Memphis President Shirley Raines, has seen the shift in tuitions in his decades at the university.  “At the time of the GI Bill, to a large extent, it was seen that expanding educational opportunities was a public good with benefits that went way beyond the individual,” he said.  “In the last 25 years, it moved from being seen as a public good to a private good.”

It is no mere coincidence that the GI Bill was the major driver of the economic boom for the decades following World War II.  Despite the lessons of history, from 2001 to 2011, nationally, tuition and fees at state schools increased 72%.  Currently, states are spending 20% less in inflation-adjusted dollars on higher education than a decade ago.

The indicator of the shift from private to public good came when the virtues of a university degree were no longer perceived as important in and of themselves, but its value was seen in the amount of additional income that the degree would produce for a graduate.  It’s the same trend that has come to grip the arts, parks, and other quality of life investments.

For example, it was no longer good enough for the arts to have value for their aesthetic effects or their intrinsic benefits.  They had to have an accompanying economic impact study if they are to be considered important.  The traditional public good was now to be defined in its private good.

The shift in thinking fueled public policy decisions that led to higher and higher tuitions, and like the price gouging taking place with airfares, the higher cost of a university education is taking place in a region with one of the lowest median incomes and highest poverty rates in the U.S.  As a result, the higher tuition has a doubly negative effect on Memphis: it’s expensive for an average Memphis high school graduate and it erodes our ability to create the educated workforce needed for our region to compete in today’s economy.

Unfortunately, most of the outrage about climbing tuitions is directed at the universities coping with slashed budgets, which lets legislators off the hook and keeps their short-sighted funding decisions off the front page as well as its negative impact on Tennessee’s economic potential.  Certainly there can be no argument about the direct link between investments in higher education and economic competitiveness.

Perhaps, the State of Tennessee would access some of its universities’ researchers to determine if it is really “saving” money by cutting higher ed budgets in light of the long-term negative impacts on the state’s economy.  The governor and legislators might discover that they have based their decisions on a false economic equation.

Also, it might be that our business and political leadership have been diverted by the pursuit of the University of Memphis’ own board of trustees when they should be fixated on a lobbying campaign for state government to no longer abdicate its responsibility for university funding.

Otherwise, the privatization of our public universities will continue, and no city in Tennessee and the Southeast will be hit harder by the reality of this shift than Memphis.  It comes at the exact moment when we have to increase our college degreed workers if we are to compete in an economy shaped by knowledge workers.

There’s no confusion in Memphis these days about the way that our economic success in the future is tied to our percentage of college-educated workers.  It’s given birth to action on many fronts, notably in city government and in the Talent Dividend program.

We know here that there is no smarter economic development strategy than to invest in human capital.  Now if only we could convince Governor Haslam and the Tennessee Legislature. 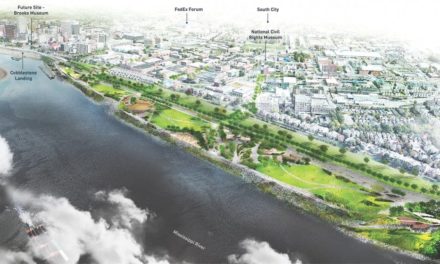