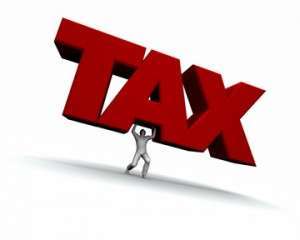 Memphis City Council rarely gets any respect, but it has produced the most significant public policy improvement in decades.

It’s done it by shifting regional services where they belong – to the regional tax base of Shelby County Government.  City Council has done it with the Health Department and schools and now it’s trying to shift vehicle emissions testing to county government as well.

It’s a sound policy change that was almost 40 years in the making.  Until City Council got serious about it, Memphians were paying twice for services that were countywide in nature and rightfully should have been funded solely by county government.  The confusion was aggravated because our community has never had a clear definition of what was a municipal service for cities and what was a regional service of county governments.

That’s why on July 2, 2008, we wrote: “…the overriding fiscal policy problem in our community is not school funding, but equalizing the tax burden between Memphians and non-Memphians. Achieving that goal not only produces fair funding for schools, but true tax equity in Memphis and Shelby County for the first time.”

In the ensuing four years, Memphis City Council has worked hard on tax equity for Memphians and a great deal of progress has been made.  Chief among it was the end of double taxation for schools, and while it may not have been pretty and without controversy, it did what was seen by many as impossible – taxing Memphians only once for public education.

Yes, it has created some financial challenges for City of Memphis, but then again, that’s the price of change.  President Ronald Reagan drove up the nation’s debt to push the Soviet Union to collapse and although it cost billions and billions of dollars, few of us would say the cost was not worth it.  We think the same is true for school funding, because it was the crisis environment created by the Council that drove the ultimate solution.

At the heart of the problem here was the lack of coherency in county tax policies. Shelby County’s rationale for service delivery was schizophrenic and confusing to the people who pay its costs. For example, county government delivered some services countywide, such as public health and criminal justice. For some small cities, it provides fire protection and law enforcement. In others, it provided ambulance service.

Shelby County had just over 30 years from when it was restructured to correct the problem, but it did nothing and the smaller cities always got preferential treatment.  It’s an attitude that still surfaces on occasion such as when Shelby County Mayor Mark Luttrell tries to put a pretty face on the municipal school districts and suggests that the school buildings inside the towns should be given to the new districts.

We’ve said before, and we see no reason to change our minds, that at most, the price of each school in the towns should be discounted by the percentage of the total county taxes paid by that town.  After subtracting that amount, the difference is the price the town should pay for the school.  After all, most of the costs of these school buildings have been paid by taxpayers outside that town, primarily in Memphis.

Another example of this tendency surfaced with the grumbling in Shelby County Government because City of Memphis didn’t fund the new EDGE agency in charge of economic growth.  The complaint was that Memphis wasn’t funding the group, which was specious, considering that roughly 60% of the county’s funding was coming from Memphis taxpayers.

If Memphis funded EDGE, Memphis would find itself in a familiar position – paying a disproportionate share of a joint city-county agency.  In other words, Memphians would be paying 100% of the city share and then 60% of the county share, which means that Memphians would in the end pay 80% of the total cost of EDGE – and to do it while none of the other county’s cities are putting in any money.  Shelby County should fund the total costs of EDGE, because in this way, all cities are treated the same way.

For way too long, Memphians have been subsidizing the deterioration of their own neighborhoods.  It was Memphians who paid the bulk of county government-induced sprawl and subsidized developers who then sold their developments with signs and ads that said “No Memphis Taxes.”

Thankfully, City Council decided that enough is enough.  It began to correct the disproportionate funding by Memphians with schools.  It then branched out to include the Health Department.  And now, its target is emissions testing.

As council member Jim Strickland, who co-sponsored the change with Councilman Shea Flinn, said, 57% of the county’s vehicles are in Memphis but Memphians are 100% of the solution (emissions testing).  Since 2007, the EPA has considered Shelby County as in violation of federal ozone pollution standards.

There’s no rational argument that air quality attainment is Memphis’ concern alone, and several times over the years, the Health Department, when it was a joint city-county agency, recommended countywide emissions testing.  But out of concern for the response of non-Memphians, county mayors refused to pull the trigger on a real, regional solution.

County officials say they are not required to take over emissions testing and suggest they won’t.  Maybe it’s time for them to visit the county website, where it says the Health Department’s “mission is to promote, protect, and improve the health and environment of all Shelby County residents. Unlike the personal health care system, which focuses on individuals, our focus is on the health of all people in this community. We place special emphasis on: Environmental health (such as quality air and water)…”

It’s a laudable mission, particularly that part (italics were theirs) about its commitment to all Shelby County residents.  It sounds good on paper, but in the real world of local politics, the high ideals seem to get lost in space and the issue isn’t dealt with as a major policy issue but as a political squabble.

Fiscal equity should be an equal concern by Memphis and Shelby County Governments.  Maybe it’s an opportune time for leaders from both governments to get together and develop a meaningful plan to correct the mismatch between service areas and revenue sources.

Memphis Sprawl in a Time Lapse