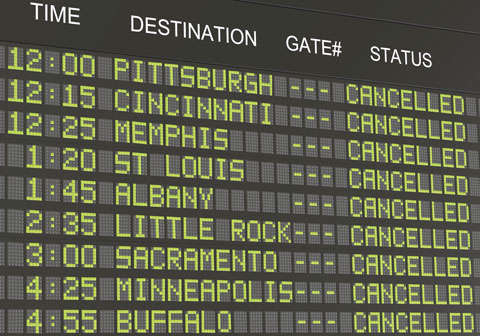 There is an emerging sense of frustration by some members of the Memphis and Shelby County Airport Authority that may make it more assertive about dealing with the economic threats looming over Memphis because of our dismal options for air travel.

“I can’t go to a party or to the grocery store without someone grabbing me and complaining about air service or how cavalier our leadership is when they say something about it,” one Authority member told us.  “There is an anger bubbling up that we need to deal with instead of acting like we shouldn’t be taking our marching orders from the public.

“We’ve got to show them that we’re on the case and that we understand their anger.  The public sees us as sucking up to Delta when we should be sucking up to them.  Too much that we say sounds like blame the victim rather than admit the problem.  The truth is I’m just as frustrated (as the public is).  I want to be a team player but the team seems to be losing fans fast.”

There is some good news, albeit modest, with U.S. Airways announcing three new flights from Memphis to Washington’s Reagan National.  “There’s some big news coming down the pike,” the same Authority member said, suggesting that progress is being made with discussions to bring Southwest Airlines to Memphis.  Few things are higher on Memphians’ wish list.

Getting The Talk Right

Meanwhile, the Authority, as it often does, wants to ramp up its public relations, but the truth is they don’t have a marketing problem, they have a reality problem.  It’s in changing the reality of high fares, declining service, and an uncompetitive customer experience inside the airport that are the best public relations strategies of all.

As for public relations, the Airport Authority has a reputation for a tin ear when it comes to communicating with the public.  There was the effusive, fawning reaction when Delta CEO Richard Anderson came here and assured us that Memphis had nothing to worry about as a result of the airline merging with Northwest Airlines.  It’s the same rationalizing that has followed subsequent Delta announcements – including the loss of the year-round direct flight to Amsterdam – although there was little question among most analysts that the local happy talk was mainly wishful thinking.

There was almost the feeling that some members of the Authority felt that the public can’t deal with the truth so instead Memphians are given comments that paint a cheerful picture unjustified by the trends or the facts.  Some comments are merely unfortunate.  We know that the Authority Chairman Arnold Perl cares deeply about Memphis and its future, but comments, in the wake of flight reductions, that we are “overserved” merely enflamed local customers.

At a time when the airport needs to prove that it identifies and understands the feelings of the average airline customer, this was the comment about the new US Air flights: “From my house to the White House in one day and back.”  It’s one of those things that sounds catchy when you’re talking to other board meetings, but only if you’re not talking directly to the public, most of whom really aren’t moved by the potential of one-day meetings with President Obama.

From our perspective, the Authority members need to at least be talking to the Whartons.  Memphis Mayor A C Wharton has cited the lack of competitive air fares as a big obstacle in successful economic development.  “We’ve got to find a way to be much more competitive,” he said.

Meanwhile, in yesterday’s Airport Authority meeting, his wife, board member Ruby Wharton, who has a knack for cutting through the cheerleading and getting to the point, asked: “When it (the number of flights) is steadily decreasing, where are we going?”

Mr. Perl said that the “worst thing that could happen to us is to lose a hub carrier,” but we’ve been wondering how true that is.  Where is that study?  What exactly is the trade-off between the positives of paying the highest fares in the U.S. and the negatives of businesses that don’t locate here or relocate because of the high fares?  We know small companies that considered merging personnel into Memphis but decided against it because the significant impact on their budgets from flying in and out of Memphis made it a non-starter.

Then again, we find it hard to correlate our good luck in having a hub because of its economic advantage when Nashville is dramatically outpacing our economy.  Airport officials there bemoaned the loss of the American Airlines hub in the mid-1990s but today say that the hub’s closure turned out to be good for the airport, the city, and the region.

We are long past the era when air travel was glamorous and the allure of nonstop flights is quickly going with it as a result of the surcharge we pay for them.  As for us, we’d rather fly somewhere else, wait 45 minutes, and change planes to save money than to fly direct with the pervasive feeling that we’ve been robbed.

But the consequences of being disconnected with the rest of the country are about more than economic development.  It is also about an isolation that breeds parochial and insular thinking.  There is nothing like travel to expand understanding and inspire new ideas for cities, but our problematic air service is a deterrent to the kind of mind-expanding experiences that pay dividends in our civic culture.

Even before the higher fares caused many of us to eliminate trips or drive to Little Rock to catch a flight, the Memphis region was in the bottom three of the 51 largest metros in the percentage of residents who have significantly traveled.  As a result, it’s no surprise that we sometimes seem self-absorbed and define success as how we’re doing now compared to how we were doing then rather than comparing us to other cities.

Cut Off From America

Airline deregulation has been about as successful as the financial deregulation that brought us to the brink of global economic Armageddon, and its repercussions for Memphis may get only worse, as the Washington Monthly reported:

“As America’s few remaining airlines slash their routes to pay off debt, cities like Pittsburgh, St. Louis, Cincinnati, and Memphis are finding themselves cut off from the rest of America and the world. Some have lost more than half their air service in a few short years — and have found they are all but powerless to alter the decisions of distant airline executives and financiers.

“Many of these cities are home to Fortune 500 companies, major employers that depend on frequent and efficient service. As the heartland’s airline network dies off, those companies are beginning to pack up and leave, taking thousands of jobs with them. ..Chiquita recently moved its headquarters out of Cincinnati precisely because it has become so difficult to fly executives in and out of Ohio.”

The magazine continued: “it’s about to get worse. Despite a wave of mergers that is fast concentrating control in the hands of three giant carriers, the industry remains essentially insolvent. Absent any coherent outcry, the directors of these private corporations remain free to respond to the crisis in the manner of an electrical utility company that, when it runs short of money, simply cuts off power to the neighborhoods of its own choosing.”

A Cost Beyond The One On Tickets

As for Memphis, it wrote:  “Memphis International faces an even more urgent reason to pray. When it was designated a hub by Northwest in 1986, the airport undertook record-breaking expansion projects to house the airline and its regional carrier, Northwest Airlink. As in other cities, lack of competition at the airport led to record-high airfares. These high fares are still in place, but they haven’t been enough to preserve service. Delta’s acquisition of Northwest allowed the executives of that Atlanta- based airline to diminish the airport’s hub status.

“In March of 2011 the post-merger airline announced that it would cut 25 percent of its flights from the city. This loss of connectivity affects Memphis in ways both big and small. The Folk Alliance music conference, held annually in downtown Memphis, recently announced that it would move to Kansas City starting in 2014, due in part to airport hassles. The Church of God in Christ, too, recently decided to move its yearly convention out of Memphis, breaking 100 years of tradition. When Mayor A. C. Wharton visited church leaders to lure their 50,000 convention attendants back to the Bluff City, he learned of the material culprit that had pushed the spiritual gathering away: high airfares.”

The clubbiness that long characterized the Airport Authority has thankfully lessened in recent years, but the excessively long terms for a public board – seven years – often erode a sense of urgency and inspires a go along to get along attitude.

There is no argument that in large measure the airlines are the customers of the Airport Authority, but it’s time for the ticket-buying public in Memphis to be considered the ultimate customers.  This could begin by Authority members’ comments that suggest that they feel the public’s pain and are damn determined to do something about it.