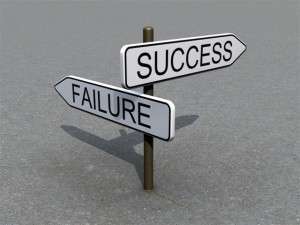 The two most impactful public processes in recent history aren’t judged as complete successes, but it’s hard to think of any citizen-driven processes that have yielded results with more impact.

One of the committees doesn’t get much respect, and it’s largely considered a failure, but it continues to influence public policy options – the Memphis and Shelby County Metro Government Charter Commission.

Finding something in common with the Charter Commission – unfortunately, it’s the kneejerk opposition of the town mayors – the other is unlikely to be completely successful because the town politicians again took their hard and fast positions without the benefit of the facts.  And yet, despite interfering state politicians, recalcitrant partners in the form of the town mayors, and overheated local rhetoric by some politicians, the Transition Planning Commission has exceeded all expectations.

It would have been easy for the commission planning a unified school district for Memphis and Shelby County to do just the opposite, devolving into factionalized power bases and competing, unyielding agendas and delivering little more than warmed over ideas based on who has the political upper hand.

That both commissioners were headed by women – Charter Commission’s Julie Ellis and Planning Commission’s Barbara Prescott – is worth mentioning, with all the talk these days about how women’s management and negotiation style is best-suited for success in a diverse world where crossing barriers demands patience, equanimity, and aplomb (read: less testerosterone).

So far, the Transition Commission’s Solomonic approach to its work has yielded the most exciting ideas for modernizing local public education in many decades.  Its multi-district model dates all the way back to the late 1980s but includes some additions to inject consistency across the various school districts.

While the values and vision for the Transition Committee are pretty much pro forma, its actions have been anything but.  When it was created, the idea that it would inject more autonomy into public education seemed next to impossible, but its approved Multiple Achievement Paths encapsulates high ambition, accountability, accessibility, and broadly supported principles.

As expected, the town mayors appeared reluctant to give it a fair hearing with one saying that it might not match her vision for a municipal school district.  It was an interesting comment since it was news that the towns have a vision for their districts since so far, there’s been little talk about educational principles and lots about political posturing.  (To see how some things never change, click here to read Susan Thorp’s article about the 1990 controversy.)

Be Careful What You Wish for

The town mayor said that some “some elements of the plan” don’t line up with “what we are trying to achieve.”   That seems obvious since what they are trying to achieve is nothing so much as to keep those dreaded Memphis students as far away as possible from their pristine students of her town.

More and more, the towns’ plans just seem irrelevant, and in the long haul, the unrepentant parochialism may very well be the equivalent of a line in the sand for local politics, and with increased Memphis influence in county government, the towns may find themselves finally having to stand on their own feet and end their traditional role as step children of county government.

The Transition Planning Commission next turns its attention to the organization of the central office for the new unified district, student assignments, attendance zones, selection of a superintendent, and sustainable policies when leadership changes.  Based on their past actions, there’s little reason to doubt that the Commission can’t handle the tasks.  The most ticklish item on the agenda is to find a new superintendent, and it seems expedient that they will find someone with no preexisting ties to public education here.  It’s the kind of new thinking that has gotten the Commission to where it is today – on the verge of reinventing a school system that will have national ramifications.

Meanwhile, while the ultimate goal for the Metro Charter Commission of merging city and county governments was not achieved, its work to develop the best thinking about local government continues to produce results.

The Charter Commission’s focus on the importance of a CFO (Chief Financial Officer) position continues to draw interest.  With the recent financial controversies in city government, the duties of the CFO position, as identified by the Charter Commission, seem much-needed and timely. The good news is that a requirement for a five-year strategic fiscal plan has been proposed by City Councilman Kemp Conrad and Mayor A C Wharton said his administration will develop a five-year plan although it’s not clear what the administration’s position is on the charter amendment itself.

The first serious discussion about single member districts in Memphis took place at the Metro Charter Commission, and now they are being proposed as the structure for the Shelby County Board of Commissioners’ redistricting.  The Charter Commission generally believed that more districts with more manageable sizes were preferable to improve constituents’ communications and to make campaigns more affordable for people who can’t afford the costs of running for office in the larger district.  That’s why the commissioners’ plan for single-member districts is a definite step in the right direction.

Finally, there was Ms. Ellis’ deep interest in the Malcolm Baldridge National Quality Award for the proposed city-county merger.  The Award is designed to inspire organizations and governments to achieve “best in class” levels of performance.  It is built on several principles, including an integrated management framework that gets results; assessment tools that evaluate improvement efforts; feedback reports highlighting organizational strengths and opportunities for improvement; and other improvements incorporated in the Baldridge Criteria. The Criteria work as an integrated framework for managing an organization, focusing on critical aspects of management including leadership, strategic planning, customer focus, measurement, analysis, knowledge management, workforce focus, operations focus, and results

Let There Be Light

This focus on quality is something that should be adopted by every government in Shelby County, and a recent issue of the Greater Memphis Chamber’s Memphis Crossroads reported that at least one has done it.  The publication said Germantown officials “came across” the National Quality Award and “a light bulb went on.”

If a light bulb was switched on, it was put in its socket by the Metro Charter Commission, which is where, as we recall, Germantown politicians first heard about the concept as Ms. Ellis pushed for the new merged city-county government to meet the Baldridge standards.

Despite ambivalent public support of the Charter Commission by many local politicians and limp support from many in the business community, Commission members in the end produced a model local government charter that is already recognized nationally for its aspirational thinking and strong operational and financial management.

It remains a to-do list for governments that desire to be high-performing, entrepreneurial, strategic, and accountable.  There are many other good ideas that should be mined from the Charter Commission’s model charter, and here’s hoping local governments will continue to learn from the Commission’s year of research, learning, and recommendations.

How Voucher Programs Are Using Tax Dollars To Teach Propaganda