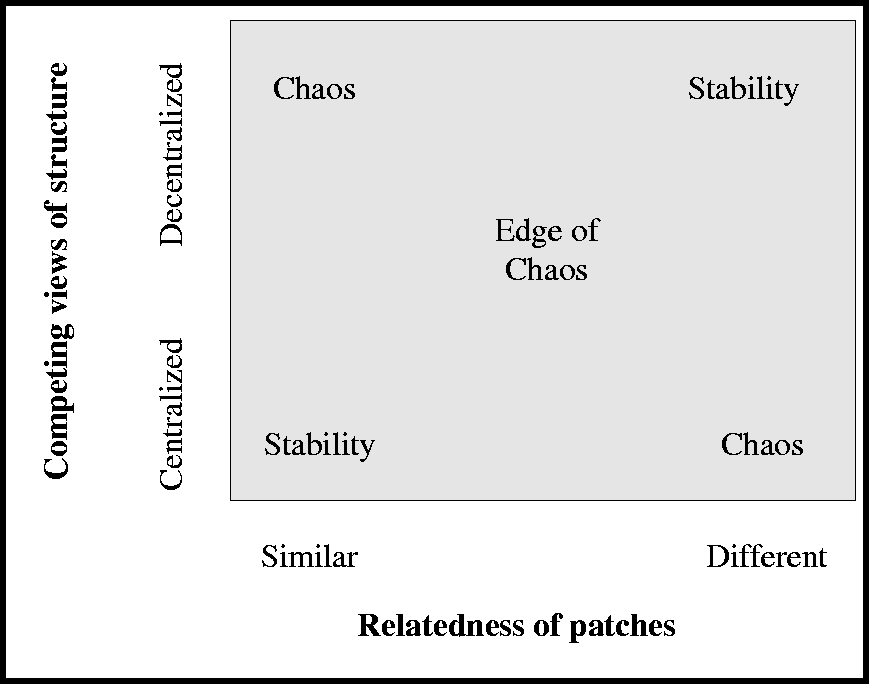 The national search for the first head of EDGE seems to be coming to a close, and it sounds like we will once again make the safe choice.

While we have a bias for finding the best people in their fields and then doing whatever it takes to get them here, we just hope that the new person will shake up the conventional commodities thinking that characterizes economic development here and challenge the way things have always been done.  And although the EDGE board didn’t get to pick their own leader – the city and county mayors did instead – we hope that its members will push their staff leader in new directions for new thinking.

We admit that while we have angst about the way that our rhetoric about national searches and bringing new talent to Memphis is always outstripped by the reality of what we actually do, the last time we riffed on this subject it was when the Center City Commission, now the Downtown Memphis Commission, hired Paul Morris.

He proved us wrong when we worried that he wouldn’t challenge the way things had been done and succumb to the get along culture of our public agencies.  To the contrary, he has been a breath of fresh air and has brought new energy and ideas to downtown issues.

Because of him, we are hopeful that the first head of EDGE – who will define its culture, its attitude, and its philosophy – will do the same.  Our challenges are too great and our opening for progress is too small for EDGE not to narrow its focus on drivers of our economy, particularly minority business development, talent development, entrepreneurs, and quality of place, and to refuse to accept the old justifications and the questionable data that often drives decisions to a preordained destination.

Most of all, we’ll know EDGE has been successful when we no longer have to sell Memphis at a discount to get companies to move here, and instead of tax waivers, the big magnet will our quality of place, the quality of opportunities, and the quality of talent.

It’s a tall order, and it will take many more EDGE boards to complete these tasks.  And yet, other cities have done it, and we acknowledge as we begin that it took them decades to turn their economies and their cities around.  No cities are more at risk than mid-sized cities in the nation’s heartland but building on our assets and leveraging them to act dramatically, we can create more than the incremental movement ahead that we too often consider progress here.

Incremental progress is not enough, because most cities are making incremental progress.  We end up running in place when we have to find the levers to catapult out of the bottom rungs of cities when key economic indicators are measured.

EDGE can raise the bar.  It can challenge conventional wisdom.  It can refuse to accept things as they are.  It can recognize that we can’t work harder, but we can work smarter.  It can insist that we focus on quality rather than cheapness in our incentives.  It can keep the pressure on the importance of developing a workforce that can compete in the highly competitive global economy.

Its new staff leader will be crucial to all this, and so we hope he’s up to the challenge.

Here’s part of the blog post we wrote when Mr. Morris was hired (and with apologies for questioning the decision and by the way, he has addressed almost everything we mentioned in this post):

Yet another national search for the leader for a public or quasi-public agency ended up picking someone who just happened to be sitting at the table a few weeks before.   It’s a wonder that anyone ever applies for any job in Memphis when we make a grand gesture of announcing that a national search will take place.

For some observers, the Memphis provincialism reared its ugly head again, as search committee members seemed to think that knowing our city and being plugged in were essential.  It’s a symptom of our tendency to treat outsiders as well, outsiders.  Strange that so many other big-time cities actually thrive on the new ideas, new approaches and new thinking that comes from recruiting from outside their borders.

Denver Mayor John Hickenlooper, for example, means national search when he says it.  After his election, he told his transition team that he wanted to know the best people in the country within their fields and he went after them.  It’s small wonder that the Denver administration is imaginative and dynamic, fed by the energy that comes from welcoming new people.

Here, we act like knowledge of Memphis is information passed down from the gods, and only the blessed can be trusted with it.  It’s this closed view of the world that creates the kind of echo chamber that is Memphis these days.  Maybe, just maybe, somebody from outside Memphis could be the leader we have been waiting for.  And if we think that knowledge of Memphis is so pivotal, we should be honest enough to tell people on the front end.

Meanwhile, in the private sector here, the major employers are recruiting people from all over the world and from all kinds of companies.  The folks at FedEx don’t require knowledge of FedEx when it recruits a great manager, so why is public leadership so different.

Fortunately, Mr. Morris is savvy, so we’re hoping that he’ll lay out his own ideas for what we can do to bring the revival of downtown more in line with the dramatic changes in other major cities.  As we have said often, our rhetoric about downtown development has outstripped all objective analysis.

The State of Things

There is just so much that needs to be done.  There are nodes of activity, but they are few and far between.  The overall condition and maintenance of Main Street are pathetic.  The grates along the trolley rails are broken in way too many places, the decorative bricks are almost all cracked, light poles are not painted and the urban aesthetic is nonexistent.

For a street that has no cars, it’s nothing short of amazing how workmen, shop owners and just visitors park on downtown sidewalks.  Cars are parked up and down Main Street, allegedly reserved for pedestrians and trolleys only.  The lack of enforcement of illegal parking on Main Street is a fact of life downtown, while people whose cars are broken into in the Center City Commission’s garages are told that it’s their carelessness that’s the problem.

We hope he will shift the emphasis from planning to action.

We hope he will review the strategies that have been used in cities that are getting downtown development right and compare them to our failed ones.

We hope he will stop window dressing programs like the $120,000 marketing plan to spruce up the image of downtown parking, particularly the Center City Commission garages.  It’s not an image problem.  It’s a reality problem – the CCC’s parking garages have all the charm of Eva Braun’s bunker.  It’s high time for all of us to get serious about supporting a Center City Commission plan to blow up these eyesores and build garages that have green roofs.

We hope he will meet with the Division of Planning and Development to find ways that we can have centralized planning and an overall philosophy of neighborhood renewal.  We hope he will compare development incentives between downtown Memphis and other cities.  Taxpayers need to be assured that the long tax freezes being handed out at the Center City Commission make sense within the overall plan for downtown and Memphis.

We hope he will give special attention to improving the programming of the public realm and in making downtown more vibrant.  25-34 year-old college-educated people are 30% more likely to live within three miles of the CBID than other people, so an appealing, active downtown is crucial to our economic success.

We hope he will give special attention to make downtown the preferred location for entrepreneurs and start-ups, since the empty store fronts, if reasonably priced, could become seedbed for new companies.

Downtown is like the city for which it is the front door.  It needs bold ideas for a challenging time.  It also needs new thinking about what downtown can and should be.  We hope Mr. Morris is up to the task, because as Mayor Wharton has said, our city has no margin for error.