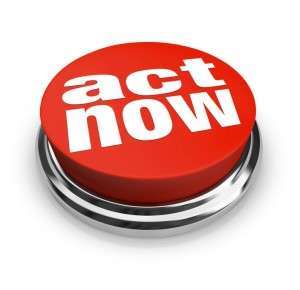 What Memphis needs now is a balance of realism and optimism.

We should all feel upbeat about developments that have positioned Memphis positively in the last couple of years: the convergence of important national initiatives in Memphis, the fact that our MSA in 2010 had a larger increase in GDP than the Atlanta MSA, and that after a decade of shedding jobs by the tens of thousands, Memphis is on the plus side of the jobs ledger.

That said, we should resist the temptation to engage in the kind of cheerleading that 250,000 Memphians with low incomes find perplexing or that obscures the structural problems that has plagued Memphis for decades.  Memphis Mayor A C Wharton walked this line in an interview on WKNO-FM’s Marketplace a few weeks ago, saying that there are signs of progress and momentum but that we have structural issues that demand attention and action over a sustained period of time.

Perhaps, hopefully, we have reached a tipping point and that we can now finally attack the tough structural problems in Memphis: a high poverty rate and its attendant web of problems, almost half of the people over 18 out of the job market, and long-standing low educational attainment levels.

We’ve written several times in recent months that as we begin the journey to where we want to be from where we are, we must be realistic enough to understand that it will require us to stay focused for several decades on the things that matter and to keep our focus and show patience to stay resolutely on task.  Year after year.

Moving Past What We Want to Hear

Last week, the news media heralded that we have the highest poverty rate among the nation’s largest 51 MSAs.  Of course, it’s not like this problem appeared overnight, but without New Orleans to kick around anymore, we have no one to keep us from being the very worse in a number of categories.

The one thing that the news media can do is to create a sense of urgency, and that was the case last week as some key leaders in the public and philanthropic sectors began to talk anew about a concerted attack on poverty.  Hopefully, it was the wake-up call that we needed to get serious about tackling our toughest and most intractable problem.

We begin by being completely honest and by setting out an accurate context for our work.  As a friend of ours is fond of saying: “In Memphis we pay people a lot of money to tell us what we want to hear.”  Well, it’s past time to come face-to-face with the things we don’t want to hear.

Other cities are doing it.  There’s the Greater Louisville Project which reports data and trend lines and points out factors, like density, that are crucial to the region’s economic success.  There’s the East-West Gateway Council of Government’s Where We Stand – The Strategic Assessment of the St. Louis Region, which provides a clear context of the area’s competitive position when compared to 35 other major cities.

Both of the reports call it like they see it and focus on the factors and forces that have the power to improve their region’s trajectory.  In particular, we always find the St. Louis report useful because Memphis is one of the 35 cities, and the report dramatically demonstrates our structural problems.

The results of our structural problems are clear in the categories in which we are #1:

It also speaks to our highest priority and greatest challenge: to break the link here between race and poverty.  We are also #1 in percentage of population that is African-American.

Several other rankings suggest the price that the Memphis MSA pays as the nation’s leader in poverty:

Sooner Rather Than Later

There are a few faint silver linings in the dark clouds.  First, we talk a lot about finding regional solutions and regional plans of action here, and Memphis is #2 in one category: the largest city’s share of the region’s population.  Memphis is about half of the region’s population and when you include Shelby County, it’s about 75%, meaning that if we can adopt countywide policies and programs with organizations like EDGE, we will have taken a big step toward regionalism.

The journey to a more prosperous and equitable Memphis will be long and difficult, but there’s no time like the present.  The sooner we begin the sooner we can see progress.

Where Neighborhood Inequality is Most Severe and Home Ownership Going Down

The Living Wage Crisis: Too Many Making Too Little

Your Brain on Poverty, Part 2