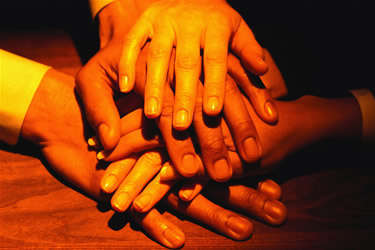 There are times when we hypnotize ourselves with our own hyperbole.

There are many positive developments under way in Memphis, but our city has no margin for error.  As a result, elected officials like Memphis Mayor A C Wharton are engaged in a constant balancing act.  On one hand, voters don’t show much patience with politicians who are too honest about the negatives, but smart elected officials know that mere cheerleading is the worst thing for Memphis right now.  Rather, we need to spotlight the positive without being Pollyannish and also acknowledge the difficult structural issues that challenge Memphis’ success.

Elected officials must strike this balance in an environment where our economic development marketing suggests that we are a national turnaround story and while agencies like the Airport Authority are apologists for high fares and their negative impact on our economy.  This happy rhetoric may be seen as part of their jobs – although we think some realism would be welcome – but it makes any candid comments by Mayor Wharton and others seem doubly negative.

It is at times disorienting.  At the same time we are reading reports from national organizations spotlighting our malignant regional poverty and our serious barriers to economic success, we are being told that the airport with some of the highest fares in the U.S. is a blessing and that our progress is treated as national best practices.

Opening Up The Process

Of course, part of our problem is that we continue to define success by comparing our present to our past (unlike a city like Atlanta that defines its progress in comparisons with world cities). In our localized context, we are making progress; however, in a national context, our incremental progress is nothing more than running in place.  We can add more people with college degrees, we can cut the percentage of teenage births, and we can create new jobs, but we are not moving up the list of economic indicators that matter.  Other cities are doing it too and we remain in the same relative position.

So, more than anything, we cannot succumb to our own propaganda and hyperbole.  We were thinking of this a couple of weeks ago in a meeting in which someone from another city was talking about the need for better collaboration.  One of the Memphians in the meeting immediately told him that we are always collaborating here and are highly successful with it.

Most Memphians nodded in agreement, and the truth is that everyone in the room does collaborate on a regular basis; however, they represented major institutions and organizations in Memphis, and for them, successful collaboration was working with each other.  It is a positive thing that they do, but it is not the depth of collaboration that we need to be as successful as we can be.

The true proof of successful collaboration in Memphis is when nontraditional leaders and nontraditional voices are part of discussions and decision-making.  Now, it’s unheard of to see an artist or a musician in a meeting about economic development.  It’s unheard of to see someone from the fringe or the grassroots in meetings on civic priorities although innovation always comes from the edge.

Often when omissions like these are called to our attention, we check the box by inviting someone into the process who’s considered “safe” – a young leader who’s considered acceptable and not too provocative or the African-American who’s “good to work with.”  The premium often is finding people who will go along to get along rather than having a frank, honest debate and discussion about real issues and with real emotional conviction and sense of urgency.

The benefits from widening the web of collaboration were documented in research by Sean Safford at Massachusetts Institute of Technology.  He was curious to learn why two Rust Belt cities – Youngstown, Ohio, and Allentown, Pennsylvania – were faced with similar collapses of their economies and shared many similar histories, but one – Allentown – survived and turned around while the other collapsed.

“Youngstown has suffered from an inability to develop a coherent approach to attracting inward investment, a lack of entrepreneurship and the inability of major local employers to transform in ways that benefit the community,” he wrote, citing causes that deal with social network density, social capital, elitism and duplication.

The reason that social organizations couldn’t save Youngstown, in Mr. Safford’s opinion, was that the civic organizations “rather than being forums of interaction, then, these were simply places were social status was affirmed. In the end, this may have done more harm than good by strengthening the ability of a small group of actors to assert narrow interests over those of the community more broadly. Moreover, these ties ultimately proved extremely brittle leaving the community without strong leadership when it was absolutely necessary to have it.”

As the report concluded, there are “downsides to network density in times of acute economic stress…it is more important that the structure of social relationships facilitate interaction – and mobilization – across social, political, and economic divisions.”

“Differences in the underlying structure of inter-organizational relationships in the two cities shaped the strategic choices and possibilities for mobilization among key organizational actors and that these differences were the source of the regions’ economic divergence.  Specifically, I show that differences in the relationships between two kinds of inter-organizational networks – one economic, the other civic – combined in different ways which ultimately facilitated beneficial interactions in Allentown and precluded them in Youngstown,” Mr. Safford wrote.

“Political leaders pursued a set of policies which they assumed to be in the best interest of the city’s core economic elite, but ultimately failed to win the support of those actors when it came to implementation.”

In other words, although people in Youngstown thought they were collaborating, it was actually just the usual suspects who were invited into the process.  Often, the usual suspects gather in Memphis to work on serious issues and are concerned about the lack of innovative ideas and breakthrough strategies.  Of course, the usual suspects produce the usual answers, so results are unsurprising.

We see many things here under the radar of the official collaborations that are yielding exciting results – from Livable Memphis to Memphis Music Magnet – but often there is a barrier to entry that discourages or delays action on ideas that develop beneath the umbrella of the “official” hierarchy.  It’s a troublesome problem in Memphis based on the study by Mr. Safford but it’s also troublesome because it belies an authenticity that has defined who we are in the first place because it has been outsiders that have most defined our culture and personality as a city.

There are so many reasons to widen our definition of collaboration and to open up processes.  Most of all, if the economy here collapses, we would have done ourselves a big favor.