The three-year initiative will fund the creation of such teams in five cities: Atlanta, Chicago, Louisville, Memphis and New Orleans.

After 30 years of working for municipal reform, I’ve seen repeatedly that broad, transformative change cannot occur in city government without a dedicated team of change agents with time, capital and executive sponsorship.

For example, such a unit played a key role in a period of intense urban innovation in Indianapolis in the 1990s. This small group of highly motivated young professionals was located in a special branch of the mayor’s office, called Enterprise Development. By searching for ideas in other cities and in relevant literature, and by combining big ideas with careful business analysis, they provided the momentum for sweeping change in Indianapolis.

Dedicated innovation teams have also played a critical part in the many innovations successfully implemented by New York City Mayor Michael Bloomberg. In my current position in the Bloomberg administration, I work closely with the Mayor’s Office of Operations, a special unit that evaluates opportunities for cross-cutting change and efficiency, and carefully measures performance across city government. His path-breaking sustainability platform, PlaNYC, is driven by a similar group, the Office of Long-Term Planning and Sustainability. The mayor also created the New York City Center for Economic Opportunity (CEO) to lead the city’s efforts to design and execute anti-poverty initiatives. CEO partners with an array of city agencies to study what works in poverty reduction across the country and to adapt innovative ideas for application in New York City. I discussed CEO’s groundbreaking efforts to reinvent the anti-poverty agenda in my most recent book, The Power of Social Innovation.

In each of these major policy areas–government operations, sustainability and anti-poverty–a change agenda is driven by a special unit with substantive expertise and committed mayoral sponsorship.

These New York City examples have directly inspired the Bloomberg Philanthropies grants. Each city receiving a grant will have its own set of priorities and its own approach, but each will drive change through the innovation-team model. In Atlanta, the team will implement a comprehensive 311 system. In Memphis and Louisville, the teams will implement new job-growth strategies. In Chicago and New Orleans, the teams will cut waiting and processing times for key city services.

No matter what the subject area or the particular configuration of the innovation unit in the mayor’s office, a few principles might help guide success:

Populate the unit with talented, multidisciplinary professionals. This includes those with talent in policy innovation, business process re-engineering and data analytics. Most important to success, though, will be the talents of the leader of the unit. He or she must possess a style of leadership that can collegially, but assertively, press other busy agency directors for change. The unit leader needs to be able to make a convincing case in a way that brings others to the table with enthusiasm.

Use the unit to develop and monitor important metrics to measure agency performance. Accurately measuring agency performance is crucial to operational success, and requires the unit to carefully monitor what agencies measure and how they measure up. For example, costing often does not fully account for all true expenses, gross performance data often overlooks important problems when it presents results as averages and internal data undervalues the reactions of customers. Looking to external sources of data — such as measuring customer satisfaction with outbound 311 calls, interviewing vendors about their encounters with the city and talking to front-line city employees, for instance — can offer meaningful and holistic insight into agency operations.

Keep in mind that important operational breakthroughs usually occur across agencies. Agency directors generally do a good job of producing change inside their own operating units, but the broadest changes will usually cut horizontally across agencies. An innovation team can manage these cross-agency changes and unite agencies around shared objectives.

Actively borrow ideas from others. Assigning an intern or fellow to follow the literature, communicate with other cities and organize new ideas into easily consumable suggestions will create a fertile market for new approaches. One of the core functions for an innovation team must be to explore a range of idea-generation strategies to keep good ideas flowing. Actively studying the work of other cities and capturing the ideas of front-line employees, for example, can pay enormous dividends in crafting a successful implementation plan.

Set a culture for change. Transformative change must ultimately come from the top down. An innovation team can provide the momentum for change, but the mayor must provide the time, capital and executive sponsorship to see implementation through to the end. The mayor also must be seen visibly as a part of the change, both by rewarding those who succeed and also by protecting those who make a good faith but unsuccessful effort.

The Bloomberg Philanthropies grants have given the innovation-team model an important boost. Situated in a mayor’s office, these teams of top performers can bring rigorous focus and best-in-class practices to identifying great ideas, developing strong implementation plans and ensuring that they produce intended results. By testing the model in five cities, a multicity evidence base can demonstrate the strength of the model and refine it as each city customizes it to its unique local conditions.

In a time of shrinking resources for local governments, the need to cultivate a culture of innovation is more important than ever before, and this effort is a giant step in the right direction. 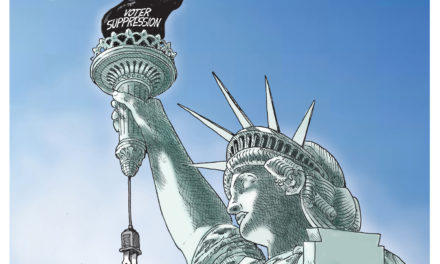