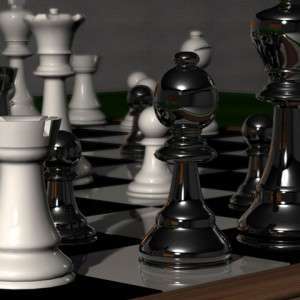 Mark Norris sees himself as the Bobby Fischer of the Tennessee Legislature: the smartest guy in the room, the game as everything, the lack of respect for the opposition, and the obsession to win.

This was never more obvious as when the Senate Majority Leader from Collierville filed his legislation to amend Tennessee law, ostensibly to bring order and process in the event that Memphians decide at referendum to dissolve the charter of Memphis City Schools.

He sees it as checkmate, but in time, we think the legislation will be seen for the ruse that it is – designed to lull Memphians to sleep while he’s thinking a number of steps ahead, three years to be exact.

Senator Norris’s bill did not require the countywide referendum – essentially giving non-Memphians a veto over Memphis voters – that he had said repeatedly that he would demand.  We don’t see the reason for the high fives by those who seem to think Mr. Norris has made a major concession.

It set up an almost three-year planning process led by a 21-member commission dominated by Republicans (suburban Republicans, who are a different breed from Memphis Republicans).   There is no requirement that the membership of the commission should reflect the proportional representation of Memphians and non-Memphians.

To make things worse, the bill also amends Tennessee law to allow the Legislature to create special school districts and municipal districts in Shelby County.  In other words, Mr. Norris and his minions maintain control over the decision by the transition commission, because they have the power to recreate what is essentially the same public education setup we have today.

Put another way, Mr. Norris and his similar thinking colleagues, Curry Todd, Brian Kelsey, and Ron Lollar, have kept the power to create the special school districts that triggered this entire controversy in the first place.  It’s a point often lost in the rhetorical blizzard from the opponents to charter surrender.  It was the Shelby County Schools’ obsession with special school district status that tripped the wire and required the Memphis City Schools Board of Commissioner to move decisively to protect the children in their classrooms.

These same opponents complain that city board members did not have a plan when its majority voted to dissolve its charter.  Meanwhile, Shelby County Schools leaders have not rolled out a plan either although it’s more their obligation than the city board members.

Knoxville Democratic Representative Harry Tindell summed it up well when he said the Norris bill is a “huge Trojan horse that will do irreparable harm” and a “giant shell game.”  In other words, this is no time for Memphians to relax the pressure and down shift political efforts to ensure that Memphians have the full right to self-determination.

Because of all this, we’re hard-pressed to understand the enthusiasm by some Memphis leaders to Norris’s bill.  Essentially, it gave Memphians what they already had – the right to decide the future of Memphis City Schools at the voting booth – and abandoned his push for a countywide vote.  It was hard to imagine that any legislative interference to the right of self-determination could have survived a court challenge on 14th Amendment grounds.

We hope that people are right that the shift away from a countywide vote indicates room for negotiation, but we don’t hold out much hope.  First, we question the good faith of Mr. Norris and his supporters, and second, we think he’s pursuing an age old political tactic: when in doubt, appoint a committee and buy time to defuse emotions and attention.

Meanwhile, while the main game is being played out in Legislative Plaza, the new occupants of the governor’s office are watching closely and urging calm.  Governor Haslam is talking regularly to Mayors Wharton and Luttrell, both of whom had preferred the development of a plan before a referendum vote, but once legislators began to take steps to block Memphians from voting or to make the vote countywide, Mayor Wharton spoke assertively in favor of the referendum, recognizing that Mr. Norris and other like-minded legislators were on the verge of turning an education debate into a civil rights battle.

We predict that as the reality of Mr. Norris’s bill sinks in, it will be seen more and more as an attack on the civil rights of Memphians.  We believe it’s a concern shared by Governor Haslam, who is loathe to have his honeymoon period defined by a civil rights battle that will attract increasingly more negative national attention.

So far, the governor has divided the child by giving both sides words to hang on, but considering his political base, his attitude and careful phrasing indicate that Mayor Wharton’s phone conversations have not been wasted, but undoubtedly, Governor Haslam also relies upon his own experience as mayor of Knoxville.  It’s hard to find a mayor of a major city that hasn’t dealt with interference from state and federal governments and he also remembers that no one in the Legislature injected themselves into the consolidation of Knox County and Knoxville schools in the 1987-88 school year.

That said, we predict that in the end, he lines up in favor of the Norris bill and couches it in rhetoric supporting a plan.

Podcast: Why Black Cities Are Undervalued and What They Can Do About It

This Week On Smart City: What is a Social Entrepreneur?