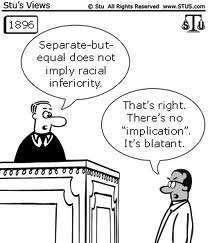 Shelby County Schools Board Chair David Pickler extending an overture to Memphis City Schools is the  equivalent of Dr. Kevorkian volunteering to work in ICU.

You know he’s going to do something, so you really don’t have anyone to blame but yourself if you fall for his unctuous pleas.

After all, Mr. Pickler and the Shelby County School Board have been making race-based decisions and taking racially-biased actions for years.  Now, somehow, he expects Memphis City Schools to see him as someone who understands its concerns as he talks about long-time dream of Shelby County Schools as a special school district.

Of course, no conversation would be complete without Mr. Pickler raising the specter of school consolidation, where he sees conspiracies only visible to himself.  There is nothing for Memphis in the county schools’ special school district  but that does little to deter Mr. Pickler’s ubiquitous demagoguery.

Here’s the thing often lost in the blizzard of talking points and propaganda: We’re the only major county in Tennessee where the schools are not consolidated, which suggests the primary objection by Mr. Pickler: Race.

Mr. Pickler delivered a caustic anti-Memphis message during the recent consolidation campaign, replete with manufactured facts and mangled syllogisms.  He may be expecting that his strange bedfellows opposing consolidation – a number of African-American politicos – will continue as he fights for a special school district for Shelby County, but it’s a major miscalculation.

Much of the opposition within this group stemmed from the very fact that the proposed charter did not merge the city and county schools systems, and while we are concerned by the benign racism that suggests that the majority black district only succeeds if it consolidates with the majority white district, it’s hard to argue that school consolidation just might be an idea whose time has come.

This would be true at any time but in the midst of Shelby County Schools’ efforts to establish “separate but equal” school districts in Shelby County, Memphis City Schools Board of Commissioners is right to consider the surrender of its charter as the fail-safe strategy to prevent special school district status for county schools.

It’s tempting to treat all of this as mere political theater and for the news media to report on it by who’s winning and who’s losing, however, this is an opportunity to rethink the educational system’s structure here in a way that can promote accountability and innovation.  It’s been more than 20 years since Shelby County Mayor Bill Morris rolled out a better structure for public education.

It still bears consideration.  The plan would move both systems under one administrative/operational structure to recoup efficiencies and cost savings from shared functions such as purchasing, fleet services, personnel, information technology, security, and more.  Under this administrative umbrella, the two present districts would become four separate school districts of about 35,000 students, each with its own superintendent and each at a more manageable size.

In this way, each district could concentrate on the unique needs of its students and specific strategies whose lessons could be shared with its sister districts.

Mr. Pickler already knows that his special district is not beneficial to Memphis City Schools.  It was about three years ago that he and interim Memphis City Schools Superintendent Dan Ward agreed to back and support an independent assessment of the idea by the University of Memphis.  As soon as it became obvious that the study wasn’t agreeing with him, Mr. Pickler characteristically pulled his support and attacked the conclusions of the unreleased report, which showed an upward spike in Memphis taxes and a downward spike in county taxes.

The Politics of Selfishness

The report remains compelling reading, and Shelby County Schools has offered only platitudes and generalities in response to it, rather than data-based arguments that encourage productive discussions.  In the end, with the special school district, Shelby County Schools would be given a leg up in money, attention, area, people and opportunity.

In the “center of the universe” approach taken by people outside Memphis – from Mr. Pickler to his school board opponent Ken Hoover and from Senator Mark Norris to Rep. Ron Lollar, their overriding concern is always that county taxpayers get a special break on their taxes.  We live in a political age of selfishness, and it’s never more apparent as when these suburbanites oppose with a straight face the concept of equitable school taxation on the grounds that it would make taxes outside Memphis go up.  There’s no debate about what’s the best tax policy and what’s fairest.  Rather, it’s “all about me” politics centered only on keeping non-Memphis taxpayers from paying more.

Mr. Norris knows better but could not resist political one-upmanship by taking a shot at Memphis City Schools.  The city district wants a “mega system,” he said.  “The more territory they take in, the more power they can have over more people.”  He didn’t produce a shred of evidence for his rhetoric, but said he wouldn’t do anything to hurt Memphis City Schools.  That’s cold comfort, but it’s more than a little disingenuous since a main motivation for the county schools’ interest in a special school district is for it to be guaranteed more territory (by freezing present boundaries)and its constant preoccupation with its own pursuit of power (by staying a larger district with taxing authority).

These special school district advocates are quick to say that a special district would not reduce revenues for city schools.   That’s not the point.  The point is that it would drive up city taxes in such a way that it institutionalizes a tax disparity.

As Memphis City Schools Commissioner Tomeka Hart wisely said: “I’m really sick and tired of people acting like there is something else going on other than what’s going on.”  And what’s going on is the continued brand of racial politics practiced by Shelby County Schools, aided and abetted by suburban politicians who spread the myth that the suburbs can succeed while Memphis fails.

These advocates say with no inkling of self-awareness that Memphians should continue to pay twice for schools, an act of inequitable taxation that is not duplicated by any other city in Shelby County.   It’s no wonder that the county towns have a competitive advantage in tax rates since county government subsidizes the schools within their borders.

Strangely, the pushers of a special district can never see the mote in their eyes when it comes to recognizing the unequal burden that Memphians have borne for decades for the lifestyles of people outside Memphis.  If Mr. Pickler’s district is to call itself the “Shelby County School District,” it should in fact be that: A district for the entire county.

Because of its name, it’s strange to us that Mr. Pickler and others would oppose a true county district, one that is countywide, but we’re most surprised – as we regularly are – by comments by Memphis City Schools Commissioner Jeff Warren, who seems to feed the stereotypes that anything connected with Memphis is a prima facie problem for people outside Memphis.

Apparently, Mr. Warren is concerned that the merger of the two districts would drive people out of Shelby County, seemingly accepting the premise that working within one district is destined to send people to the exits.  It’s the educational equivalent of the idea that consolidated law enforcement would somehow result in giving criminally-minded Memphians easier access to suburban riches.  It’s part and parcel of the “we don’t want Memphis coming out here” fiction that flourishes outside the city.

All in all, the idea of a special school district as envisioned by Mr. Pickler and his minions could do more to kill Shelby County than any fears envisioned by Mr. Warren, because it institutionalizes the “we versus they” mentality that is dragging down our community and guarantees that we limp into the future as a fragmented, divided group.

There’s the feeling outside Memphis that their property taxes for schools should not be invested in every student in public schools but only with the students in county schools.  Curiously, no one was concerned about such issues when it was city taxpayers who were footing the bills for county sprawl, new county schools, and county infrastructure.

But that’s what democracy is all about.  As a taxing unit, we produce revenues that are shared with people in need of services, whether they are located in Memphis or Millington.  The same principle takes place in Tennessee as we send taxes that are spent all over the state.

There are some in county government who suggest that Mr. Pickler is all about getting what he wants most: An empire where he can be the monarch, a position that he’s been rehearsing for for years.  It’s been clear in recent conflicts with his chief funder – county government – that he sees no reason that there should be any checks and balances for county schools or accountability for its decisions.

If he’s serious about proving his good faith, he’ll produce a definitive recommendation sooner rather than later.   We won’t hold our breath, but the ball’s in Mr. Pickler’s court to prove that he has an idea that is in the best interest of every school child in our community.

Fishing For Answers To Questions Of The Week