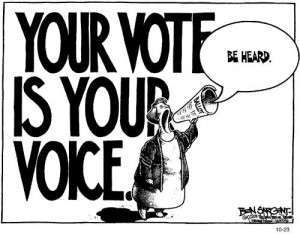 We think we know who the Tennessee legislator of 2010 was – G. A. Hardaway – and we may be on the verge of seeing who will be the winner of the goat award for 2011 – Sara Lewis.

Tennessee Rep. Hardaway has been stalwart in speaking persuasively on behalf of the children of Memphis and in support of a countywide school district that actually deserves to be called “Shelby County” Schools.  During the run-up to the heroic vote by Memphis City Schools Board of Commissioners to give Memphians the right to vote about the future of their school district, he’s shown that he’s learned a lot as a member of some important legislative committees in Nashville and put his finance degree from Depaul University to good use.

Because his most visible actions have taken place 210 miles away, his influence on school issues was not widely known until he stepped up to take a prominent place in the local debate over a unified system and vision for our schools.

If that wasn’t reason enough for our kudos, his promise last week to keep a close watch on the Shelby County Election Commission as it violates its ministerial role and Memphians expectation of equal protection under the law.

Waste Deep in the Big Muddy

Election Commission Chairman Bill Giannini regularly tries to be clever rather than simply do what he’s paid to do: put the referendum mandated by Memphis City Schools board’s vote on the ballot so Memphis voters can ultimately make their decision.

Apparently, just to muddy the water as many of his Republican brethren in the suburbs are working hard to do, Mr. Giannini dreamed up the idea that perhaps voters outside Memphis might also have a right to participate in a referendum for a Memphis-only public entity.  It defies logic, not to mention common sense, but yet, he said he’s talked to an unnamed lawyer who said it might be so.

Of course, he didn’t disclose the name so we’re unsure why the alleged protectors of local elections would request legal opinions from the Tennessee Attorney General as a result of that.  The immediate question was what the Shelby County Attorney’s Office and the attorney assigned to the Election Commission thought about the specious idea.

It’s a case of wishful thinking for the Republican chairman of the Republican controlled Election Commission.  Mr. Giannini is saying that suburban voters might have a vote about Memphis City Schools’ future.  Strange, but no one’s ever suggested that Memphians should vote for board members of Shelby County Schools.  It’s as if somehow the special sense of entitlement granted to suburban voters in the case of city-county consolidation convinces them that they just naturally ought to have a vote on this.

It’s All About Us

For years, on multiple fronts, suburban interests have trumped the needs of the urban core that propels our entire region’s economy and contains a vast majority of its jobs and earnings.  Despite that, we have created a sense of delusion outside Memphis to the point that its residents expect disproportionate attention and control over issues here.

It’s ironic, considering that taxpayers in Memphis were the suburbs’ benefactors, paying most of the costs of new roads, new schools, and new libraries while subsidizing the lower tax rates of the county towns, as county politicians genuflected time and time again to developers’ demands.  It’s a legacy of the Reagan era: people who make more money somehow deserve to pay lower taxes.

Back to the Election Commission, rumors are flying in Memphis and in Nashville that Mr. Giannini and Tennessee Secretary of State Tre Hargett have hatched a plan to at least delay the referendum  by participating in the ruse that more legal opinions are needed by the local Election Commission.

We hope these are merely rumors, but then again, Mr. Hargett’s political teeth were cut in Bartlett politics.  He is no stranger to controversy or charges of overstepping his authority, but we’re hoping that rumors implicating him in a conspiracy to deny Memphis voters their right to decide the future of their own school district are just that: rumors.

To ensure this is the case, Rep. Hardaway called for state and federal monitoring of Mr. Giannini and the Election Commission , and we find it impossible to disagree with his comment that the “Election Commission seems to be committed to denying voters and open and fair electoral procedure.”

Better safe than sorry, because there are multiple reasons that Memphis voters should be suspicious of the Election Commission, ranging from repetitive incompetence in making sure all votes are counted to injecting its political opinions into elections as recently as the consolidation referendum.

It’s stunning that while Rep. Hardaway is doing his best to make sure Memphians have the right to vote at referendum, two-day-old school board member Sara Lewis is doing just the opposite.  It’s one thing to have a different opinion with the majority of the city school board, but it’s now nothing short of me-first politics to take the position that Memphians don’t have the right to vote.

That unfortunately is the objective of Ms. Lewis, who has announced her ambition to rescind the vote of the Memphis City Schools Board of Commissioners favoring the referendum.  During her career as an administrator and as a former member of the board, she developed a reputation for being obstreperous  and at times to appear to be fighting just to be fighting.

Ms. Lewis prides herself on her guile in finding parliamentary ways to get what she wants.   That’s why the school board wisely held a special meeting to approve the minutes in the event that she planned to use this largely perfunctory function as the way to reopen the entire debate about unifying our two districts.

That isn’t the only card up her sleeve, her allies report, and she plans to make a motion to rescind the action.  It’s a clumsy way to run an organization because this parliamentary technique tends to perpetuate conflict and harden ill will.  That’s why once legislation has been enacted, it’s normally too late to consider its rescission.   (It’s surprising that one of the opponents to the referendum didn’t vote for it so as a member of the prevailing side, that member could call for reconsideration at the next meeting.)

Perhaps, Ms. Lewis thinks this procedure basks her in the glow of superior parliamentary meaneuvering, but in this case, it’s just sad, because it seems like it’s motivated more about getting her own way than giving her fellow citizens the chance to vote on the future of the district.

At this point, if she and some people are so convinced that they are right, they should find it easy to convince their fellow citizens.  Short-circuiting the process before then is tantamount to admitting that they are willing to put their personal opinions ahead of the public’s right to express theirs.

Can PILOTs Be Investments Rather than Entitlements?

Time to Start Over on Schools