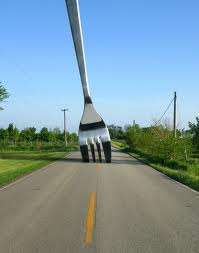 First, Memphis City Schools Commissioner Jeff Warren fought for a slowdown to develop a plan to decide the future of Memphis City Schools, but just hours before losing decisively in his push of a Shelby County Schools-inspired agreement last night, he pulled his own plan from his back pocket.

Or, more accurately, he pulled the Mayor Willie W. Herenton 2005 plan from his back pocket.

Or to be even more accurate, he pulled the 1990 Bill Morris plan presented when he was Shelby County mayor and modified 15 years later by Mr. Herenton while he was Memphis mayor.

In other words, it’s a plan with a long pedigree and has political juice as a result of being supported by two men with significant political equity. The plan advocated by Mr. Warren included the Chancellor’s position supported (some say coveted) by Mayor Herenton. We question the point of a powerful chancellor if the end game is to five smaller districts with five independent superintendents given the chance to innovate in a setting where programs are more scalable and measurable. This structure allows for the cross-pollination of the lessons learned and transplanting successful programs between other districts.

It seems to us that if these superintendents have to get answer to a powerful chancellor, they are not in fact “real” superintendents, but essentially it is a variation of the way that Mayor Herenton set up the school district when he was superintendent: multiple deputy superintendents over specific schools.

Instead, we think the chancellor’s position in Mr. Warren’s plan should be the equivalent of a chief operating officer, someone who makes sure the trains (or buses) run on time, purchase orders are handled efficiently, the vehicle services is run as cheaply as possible, and the financial books are being kept in order. In this way, the superintendents could devote all of their attention to academics, freed from the concerns of making sure the support systems are running correctly.

The Morris plan was developed after he raised the issue of school consolidation in early 1990. Shortly thereafter, thousands of distraught “county” residents jammed the Bartlett High Schools auditorium in one of the most vociferous sessions of its kind in county history. The one thing we remember besides the ugly rhetoric was the courage of then-Shelby County Commissioner Julian Bolton to speak reason to an unreasonable, jeering group.

In order to defuse the ticking political grenade, Mayor Morris set in motion a comprehensive process to examine the two school districts and to develop a plan for how they could more efficiently operate. Ultimately, he would recruit almost 200 people to help.

These kinds of committees are fixtures on the political landscape, because they buy politicians time and give emotions a chance to settle. However, Mayor Morris was intent on real research and substantive recommendations. The committee hired a well-known national educational consultant to assist it in its work, and one of the first issues that it tackled was the conventional wisdom that Memphis City Schools was top-heavy in administration.

After an exhaustive analysis of the functions and structures of each system’s administration, the consultant issued a studied report, saying that Memphis City Schools did not have an inflated administrative staff. It was simply the difference between urban and rural districts and the difference in services for students from middle class socio-economic backgrounds and students from at-risk backgrounds.

The committees then looked at every aspect of both districts, and in the end, the subcommittee headed by Jim Rout –later to be Shelby County Mayor – took on the most volatile question of all: what was the best structure for public education in Memphis and Shelby County. A series of meeting was held, consultant’s reports issued, and research conducted.

The recommendation: four smaller districts of about 35,000 students and each with its own superintendent, and as we recall it, each district had its own board of education. In the Herenton plan, there was only one school board that would be over all the districts. The Herenton proposal did add one wrinkle that deserves consideration: creation of an advisory board for each district. Members of the advisory board would be people from the neighborhoods, businesspeople, educators, ministers, and people committed to the future of the district.

All in all, we are confident that the multi-district concept would be a major improvement over the current structure, and based on what we know, we think it is the major option for the structure of the new consolidated school district. That said, we don’t share Mr. Warren’s opinion that we should all now simply embrace it as the answer before the public has even voted on surrendering the Memphis City Schools charter.

Because of the Memphis City Schools Board of Commissioners, we have a historic opportunity to reimagine and reinvent public education as we know it. While we have the Morris-Herenton concept as a leading option to consider, we should step back and take the time to consider what all of our options are. Then, if we decide that the multi-district plan is best, we can do it with the confidence that we have considered all the options.

Meanwhile, as we move ahead, hopefully, calmer heads will prevail at our local news outlets. Surely, we’ve all heard enough hyperventilated descriptions of this issue – “turmoil,” “conflict grows deeper,” and “war of words” – and hopefully the media can resist the temptation to default to the focus group tested hyperbole that puts ratings ahead of reason.

Even “Old Reliable” should take heed. While editorial writers and columnists caution us to do what’s best for the children (as if that’s not what this has all been about), its newspaper racks today bore the sign: “Schools in Crisis.”

We’re pretty old school here, as some of you remind us, so we labor under the belief that words do have consequences. I was reminded of that fact last night when my 10-year-old grandson asked why Shelby County Schools was taking over his city school.

“I’ll lose my teachers and I won’t go to my school (Berclair Elementary) any more,” he said, convinced that this was the import of what he had just heard on the local news. We reassured him that his life would not change and that he should not listen to reporting or to the leaders who traffic in fearful rhetoric.

We told him that things aren’t out of control, but the beginning of a journey that can lead our community to better public education for every child in our community. It’s a message each of us need to deliver to our children because it’s unlikely to be one they will hear or read in the news media.

The Interstate Cloverleaf to Nowhere

Government Changes With Or Withour Consolidation