Voting for Serious Negotiations about Schools 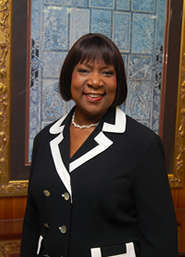 It appears that Freda Williams is all that stands between serious negotiations and Memphis City Schools’ worst nightmare: a special school district for Shelby County Schools with taxing authority.

In her role as president of the Memphis City Schools Board of Commissioners, Ms. Williams sits in a pivotal position in setting the terms of the discussions between her district and Shelby County Schools.

On the other side of the table, president of the all-white Shelby County Schools, David Pickler, is voicing new willingness to enter into meaningful negotiations although it’s always difficult to accept these kinds of assurances at face value because of his past bad faith.   His tendency to raise the specter of consolidation at almost any idea that he disagrees with, notably single source funding.  Because of questions about his sincerity, we think the burden of proof – in the form of a cohesive proposal – lies with him.

For example, in yesterday’s Commercial Appeal, he said that he would negotiate “virtually everything” in order to get the boundaries of Shelby County Schools fixed for all time.  It’s no secret that he would prefer freezing the present boundaries, but whether he really wants frozen or negotiated fixed boundaries, he owes the community an explanation about why it’s justifiable and not just more race-based actions by county schools.

It’s not enough for Mr. Pickler to keep talking about how substantive change will result in a significant tax increase for everyone.  Translated, “everyone” generally means taxpayers outside of Memphis.

For lovers of irony, it doesn’t get much better than this.  Mr. Pickler’s obsession is worthy of a Shakespearean plot line where the lead character – Othello? – ushers in his own self-destruction.   In his blind fixation on special school district as the trump card for consolidation, Mr. Pickler may have actually put the hold cards into the hands of Memphis City Schools and he could ultimately be the instrument for the consolidation that he so abhors.

This is what pushes Ms. Williams to center stage, because nothing positive can happen from this current controversy unless her vote and her leadership support the surrender of Memphis City Schools’ charter.   It’s that vote that brings Shelby County Schools to the table in the first place and it’s the possibility of this dramatic change that gives Memphis City Schools its unprecedented position to address core educational issues that have bedeviled this community for decades.

So far, Commissioners Tomeka Hart and Martavius Jones have been taking the point on the charter surrender, and the two of them have singlehandedly changed the community conversation about schools and poised Memphis City Schools to be in a power position in negotiations.  It must be said that Memphis Mayor A C Wharton was admirably assertive in his support for an even-handed approach that serves the interests of Memphis City Schools.

It’s been decades here that the tail has wagged the dog.  The needs of Shelby County Schools have long driven educational decisions and capital funding for new schools.  Each time, county government put up the money for a new school, it triggered a legally required proportional amount to city schools, and each time, Memphis City Schools was treated as if it was the recipient of a windfall.

We understand the concern about Shelby County’s bond debt, but we’re tired of the fiction that Memphis City Schools is essentially sitting at the slot machine as the money tumbled out.  The truth is that while county politicians looked for years for ways to eliminate the Average Daily Attendance requirements (if $3 is given to Shelby County Schools for a new building, about $7 must be given to Memphis City Schools because all educational funding must be proportional to the overall enrollment).

There’s no question that if the ADA requirement was not in place, Shelby County Government’s debt would never have risen to its crisis levels, but there’s also no question that without the legal requirement, county government would never have provided the capital funding to city schools.  (Contrary to popular opinion, Memphis City Schools builds better schools than Shelby County Schools, but that’s a subject for another day.)

Even now, it’s frequently suggested that county government should not be required to send money to Memphis City Schools if it sends funds to Shelby County Schools for a new school. Of course, there is never a mention of the fact that Memphis City Schools has documented renovation and construction needs of almost $500 million.

It’s always been a source of amazement to us that although the vast majority of county taxpayers were paying more taxes because of sprawl in Shelby County Board of Commissioners District 4, the politically-connected developers being enriched by the direct subsidy to uncontrolled growth were never seen as the problem. Rather, it was Memphis City Schools. (Of course, the ultimate duplicity was that the Republican commissioners for District 4 were always the ones politically benefitting from the new schools and new roads while voting against property tax increases.)

Here’s the thing: Mr. Pickler clearly has so little respect for Memphis City Schools commissioners that at the end of the day, he believes they will vote against the charter surrender because their only interest is in their own power (we believe that’s called projection by psychologists).  It’s up to Ms. Williams to prove otherwise, because if she doesn’t set the process in motion – even if it is to be suspended later – Memphis City Schools will sit idly by as Shelby County Schools becomes a special district and gets taxing authority.

Yes, we know that Mr. Pickler says now that he doesn’t want taxing authority, but with all due respect, we just don’t believe him.  It’s been his dream for too long, and it’s so easy for him to say he’s against taxing authority while encouraging sympathetic Republican legislators like Sen. Brian Kelsey to continue the campaign for taxing authority in Nashville.

Voting for a Legacy

We’re hard-pressed to think of any reason that Ms. Williams should not want to get everyone to the table, but more than that, to get them there with serious negotiation on their minds.

If she’s looking for a legacy, this is it.

All she has to do is vote for and lead.

Frayser CDC Issues A Statement Regarding The Murder of George Floyd