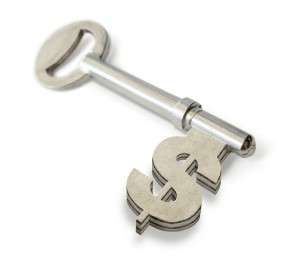 At the time, many suggested that he acted on deep political motivations, but he was nonetheless right. Functional consolidation – frequently a stand-in for full city-county government consolidation – is hardly the magic answer that it is portrayed to be by many, including the mayors of the small towns.

The 30-year track record of functional consolidation hardly justifies the special place that it occupies for those who genuflect to it as the magic answer to all that ails city and county governments.  Maybe there are better options, but we probably will never find out what they are because of the political impulse to latch onto functional consolidation as proof that they are committed to cutting costs.

That’s why functional consolidation has been a regular feature of local political campaigns since 1976. Of course, some candidates use it as a safe middle ground where they can support consolidation between city and county functions without urging it for the governments themselves.

One of the disingenuous refrains in the wake of the consolidation defeat is heard from politicians who say that they philosophically support consolidation but they did not support this particular charter.  Often, they then rattle off their concerns, apparently oblivious to the fact that they were often requirements of state law.

Meanwhile, they quickly say that they support functional consolidation.  A favorite target is the merger of the city and county engineering offices – an idea first advanced in 1981 as the way to streamline the building process and eliminate duplication, and yet, the offices still remain separate today. So do the county trustee’s office and the city treasurer’s office, another merger option mentioned intermittently over the past 25 years.

That’s because in the end, what our governments need are clear lines of responsibility and accountability.  Functional consolidation generally does just the opposite, as departments serve two masters – both city and county administrations. This produces conflicting priorities, warring political agendas and an operational tug of war that erode decisiveness and effectiveness.

Rather, before city and county leaders rush headlong into new functional consolidations, they should step back and take the time to consider whether better options are available.  Rather than entering into consolidated functions with their conflicting decision-making and direction, would it be more efficient for city and county governments to divide functions and for each government to contract with the other for that service?

What we have instead is finger-pointing governance where one government can always point to the other as the problem instead of the no excuses government with clear accountability that we need.

Also, the priority for City of Memphis should be to equalize the tax rate for Memphis so it is more in line with the ones paid by citizens of Germantown and Collierville?  Now, Memphians pay a disincentive to live inside the city limits and over the past 20 years, Memphians have been forced to subsidize their own neighborhoods’ decline.

There is nothing as crucial as addressing the tax equity issue.  Today, Memphians pay the total cost of buses running to Germantown and Collierville.  Memphians, whose infrastructure is largely paid for, pay the lion’s share of infrastructure costs fueling sprawl.  The transportation and public transit needs of Memphis are given little attention by an MPO dominated and domineered by the suburbs.

And the list goes on and on.
It is a cruel cycle of tax unfairness that in the end devastates Memphis and its taxpayers. After paying a premium to remain loyal to their urban neighborhoods – where their infrastructure declined at the exact same time that they were paying for new parks, roads and schools in the suburbs – they deserve today a rational tax structure that eliminates the extra burden that they have too long had to bear.

We believe that City of Memphis should look at scaling back its services so they are more in keeping with those of the suburban cities. By shifting public services that are regional in nature to the regional government – Shelby County Government – Memphis could reduce its present $3.1957 property tax rate to something more in line with Germantown’s $1.425 and Collierville’s $1.18.

While the lowered tax rate would make Memphis more attractive and competitive when compared to its suburban rivals, more to the point, the lower tax rate would be an exercise of fundamental fair play after the decades of Memphians subsidizing sprawl and paying for duplicative infrastructure.

The second part of this commentary about Memphis tax inequity will be published in our next post.